The Big Knit is BACK and the great news is that you can start on your projects now! We have all of the patterns RIGHT here! just click on the ones you like and download (right click save image as).

If you would like any copies of patterns sent out-please email the Editor with your name and address and I can send copies out to you.
ccunninghamoakes@ageukbucks.org.uk

Wintery news and fundraising events to warm up those cold nights.

As you know, the month of November marked the 5th and many fireworks could be seen in the skies all around the Bucks area.  November was also a time to honour Remembrance Day on the 11th .

November was also the month when we had our tombola which we held in conjunction with our friends over at Bucks Vision.

We would like to say a huge thank you to all of you who came along on the day, to join in on the festivities, having a go on the tombola and winning prizes!

Thank you to Matt Barnes and Katy Cresswell of Radfield Home Care who came along to the office here at AgeUK Bucks, and kindly donated a splendid array of items for our tombola. (pictured) 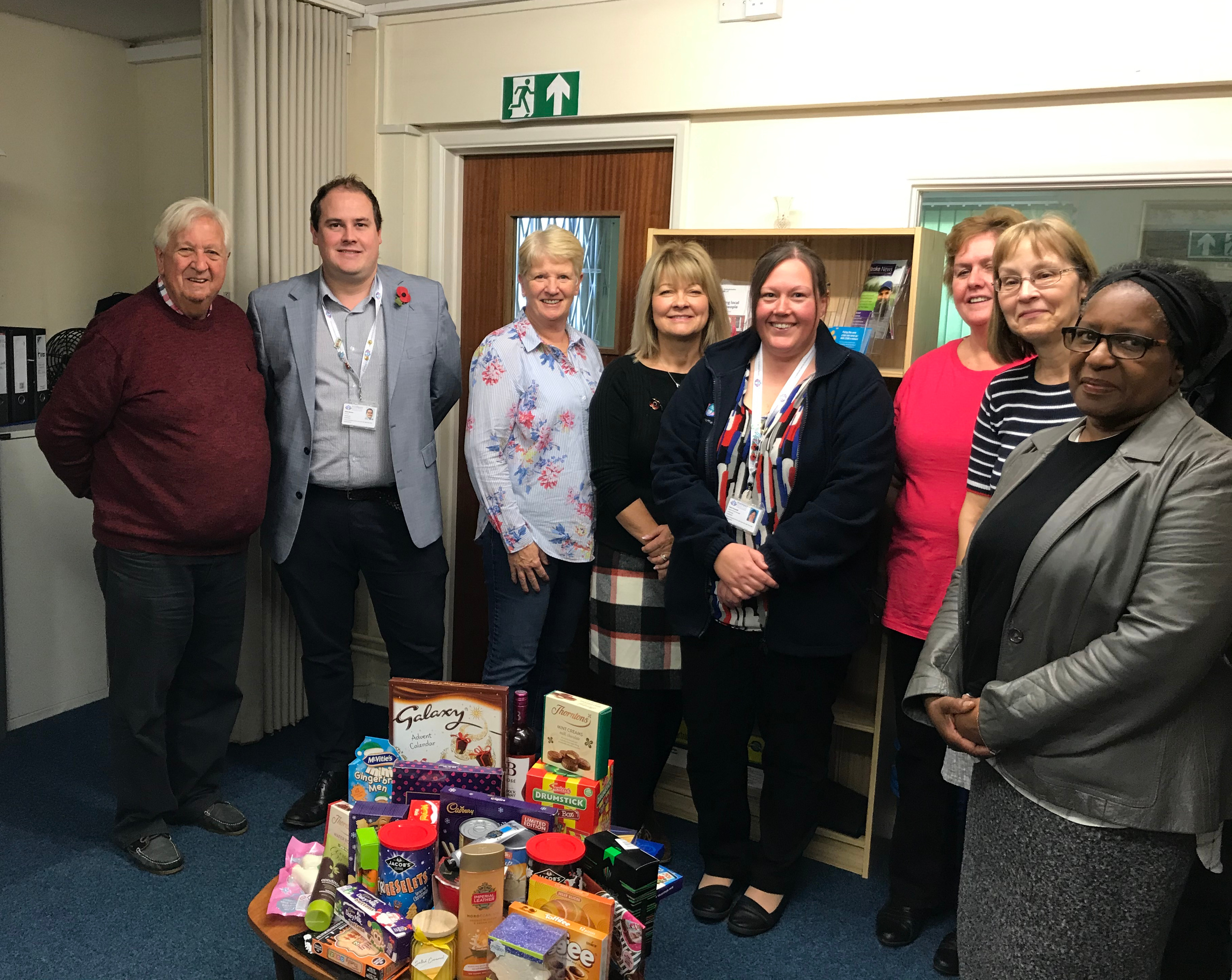 Thank you to those of you who were kind enough to donate any items for our Tombola. Your support helps us raise funds to work with older people in Buckinghamshire.

We will have a total of how much we raised, from the tombola in the Spring issue March 2020 copy of Engage.

VERY Well done to the team of volunteers, and members of staff who attended the fundraising quiz night held on behalf of the Lyons. They raised a staggering £1000 for AgeUk Bucks which was presented to us at the quiz.

Following on from the Christmas theme, (and we would like to to thank them in advance for their kindness), Radfield Home Care will be a having a stall at the Beaconsfield Festival of Lights this year.
You will be able to purchase all variety of goods including festive treats. There is also the chance to name the cuddly toy competition. All proceeds will go to AgeUK Bucks.

Our Fantastic swimmers raise over £1043!

In October of this year our CEO and two of our volunteers put on their swimming hats and took part in 2 sponsored swims, held at Aqua Vale in Aylesbury and at the Swan pool in Buckingham.
We are extremely proud of their efforts and wish to thank Olivia Rose and Rob Finlay for joining us at Aqua Vale sponsored swim. Between us we swam over 450 lengths and have raised over £1043! for our work with older people in Buckinghamshire.

“It’s great to be involved, set a goal and push your limits. I was blown away by the generosity of friends and family. Swimming alongside others was really encouraging and when it started to hurt, I found a new surge of energy and inspiration by remembering some of the older people I’ve met who just keep on going despite the big challenges they face every day.”
Rob Finlay-One of our super swimmers.

Update 25/11/2019
Our Tombola went well. Huge thank you to Bucks Vision for allowing us take part alongside with them in the festivities over the weekend.
So good to see so many of you on Saturday and thank you for visiting our stall and having a go at our Tombola.

Many prizes were won, from bottles of Baileys and dinosaur egg toys to a tin of beans! Great fun! 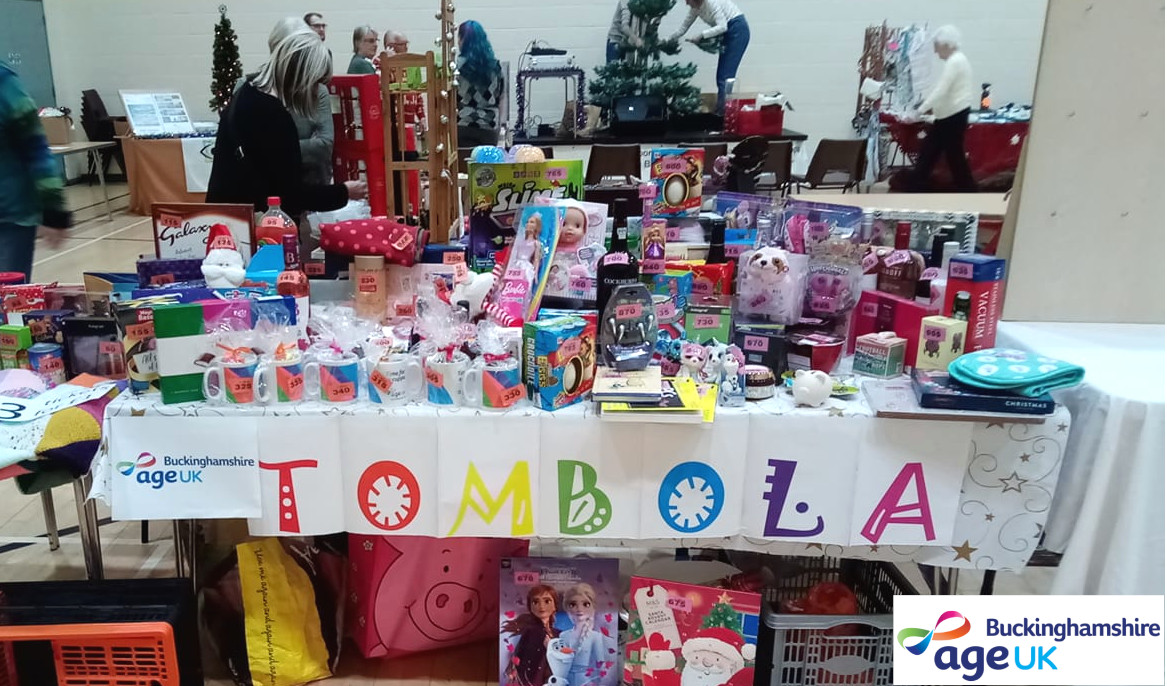 All proceeds go towards providing the vital services which focus on the needs of older people in Buckinghamshire.

We would like to say a huge 'Thank you' to the wonderful people at Buckingham Ford who held a tea party in early December 2019. With £1 for every cup of tea sold going towards AgeUK.