You are Cordially Invited to Return to Downton Abbey 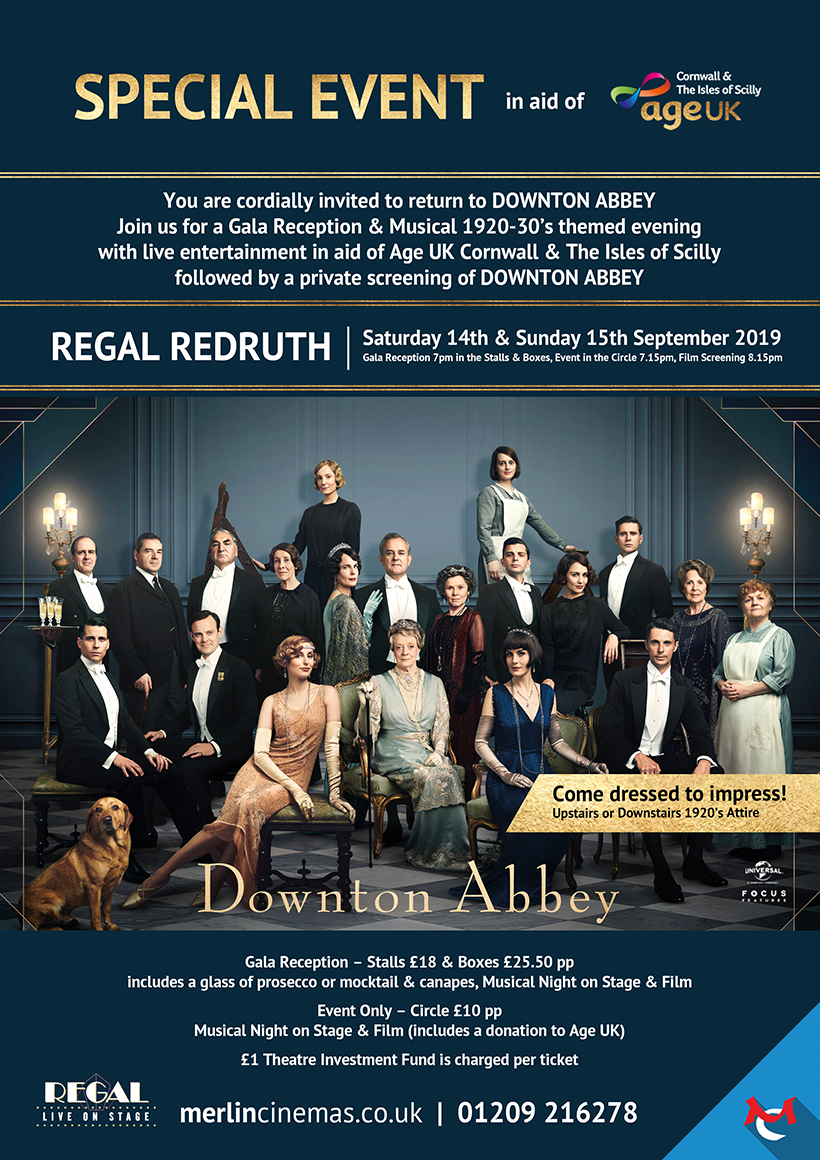 On the 14th & 15th September and during the opening weekend of the new blockbuster Downton Abbey, you are invited to Regal Cinema in Redruth, for a special Gala Reception followed by a screening of Downton Abbey and musical evening in aid of Age UK Cornwall & The Isles of Scilly.

Come and enjoy a Charity Gala Reception & A Musical Evening on Stage in the era of the 1920s & then a Screening of Downton Abbey, as you are cordially invited to return to Downton Abbey! Featuring the original principle cast from the acclaimed television series, Focus Features and Universal Pictures International present the cinematic event of the year, Downton Abbey. The television series Downton Abbey followed the lives of the Crawley family and the servants who worked for them at the turn of the 20th century in an Edwardian English country home.

Over its 6 seasons, the series garnered 3 Golden Globe Awards, 15 Primetime Emmy Awards, a Special BAFTA award and 69 Emmy nominations in total, making Downton Abbey the most nominated non-US television show in the history of the Emmys even earning a Guinness World Record for the highest critically rated TV show along the way.

To book your tickets, please visit this Link for Tickets.

There are 2 ticket options available, you can purchase tickets for just the film and music or tickets for the pre-film gala as well.

Tickets for: Gala Event, plus Film and Music at 7 pm

Ticket Includes: Gala Reception - A glass of Prosecco or a Mocktail & canapés and you will be seated in the Stalls & Boxes ONLY

You will be seated in the CIRCLE (front & rear)