After a traumatic knee operation in 2017, Noreen suffered a stroke and was soon after diagnosed with dementia. Overnight, her daughters Claire and Anne-Marie saw their mum become a shell of her former self. They truly feared that they had lost her. 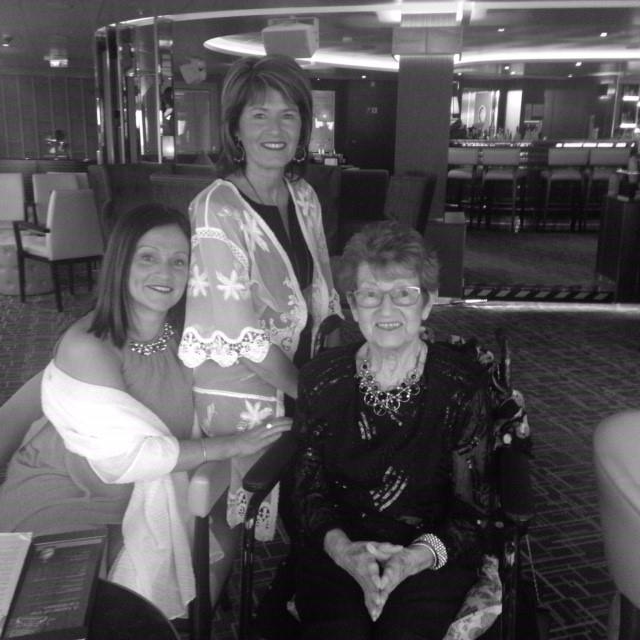 (From right to left) Noreen with daughters Anne-Marie and Claire

“Our mum was gone,” says Claire. The family were devastated – they couldn’t see how they could find the support to care for her long-term. “We were fighting among ourselves about what to do,” says Anne-Marie. “I thought we would have to put her in a home. It was heartbreaking.”

But when a friend recommended Chalmers Court, Claire and Anne-Marie arranged a visit with supervisor Senga Lees and soon found their worries relieved. Speaking about the staff at Chalmers, Claire simply says: “They are superstars.” The team made Claire and Annemarie feel heard and supported, and Noreen was immediately welcomed into the fold by the happy, close-knit group of clients. It quickly became clear that Chalmers Court was a perfect fit for this family.

Noreen began at Chalmers Court with one weekly visit; just six months on, she is attending the centre four times a week. Each morning, Noreen looks forward to the day ahead. She dresses smartly and has her daughters help with her make up; she walks into the centre merrily greeting everyone she meets, remembering their names. Noreen loves the art projects dreamed up by the team, and her daughters notice the pride she takes in her finished artwork. “She made a framed floral arrangement for Anne-Marie,” says Senga. “She made sure we didn’t forget it at the end of the day; she didn’t want to leave without it!”

Noreen tells us how much she loves the daily sing a longs – something which would have been impossible for her just a few months ago, when her stroke limited her communication and knocked her confidence. Now she chats and laughs confidently with her friends on a daily basis.

“If it wasn’t for Chalmers Court, Mum would have given up,” says Claire.

“We can’t thank the staff enough,” says Anne-Marie. “We got our mum back.”

Click here for more about the support available at Chalmers Court.