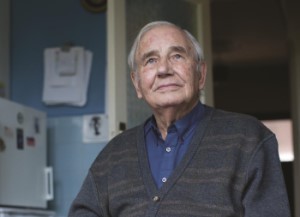 The petition was launched by Age UK in response to the BBCs decision to consider removing the right to free TV licences for the over 75s. The Charity warns if this is happens, it is the most vulnerable in local communities who’ll suffer.

Since 2000, the Government has funded free TV licences for over 75s, however this free concession will come to an end by June 2020. In 2015, the Government decided that the free TV concession should be paid for in future by the BBC. On 20th November the BBC launched a consultation to the public on the future of free TV licences for older people, stating if they were to continue with the free scheme it would cost 1/5 of their budget and significant cuts would need to be made.

Together, Age UKs across the country will demand the Government takes back responsibility for the free concession and keep TV licences free for Over 75s. To make sure older people’s voices are heard, Age UK Isle of Wight is urging everyone to respond to the BBC’s consultation on the future of free TV licences.

The BBC’s consultation period on the future of free TV licences for older people ends on 12th February 2019, with a decision expected by the summer. Age UK Isle of Wight is urging older Islanders, their friends, families and grandchildren to respond and share their concerns on how removing free TV licences would affect them or their loved one’s lives by giving their views at www.bbc.com/yoursay

“Half of all over 75s are living with a disability , and one in four say TV is their main form of companionship. If access to a free TV Licence is removed, it’s the most vulnerable people in our society who’ll suffer

“Nearly a third of over 75s are living in poverty or just above the poverty line. For them, paying a hefty extra bill would simply be impossible when they’re barely scraping by as it is.

“Together, we must demand the Government takes back responsibility for this free concession and keep TV free for the oldest people in our society”.

Age UK is urging people of all ages to sign its national petition and share it via social media and also word of mouth. To sign Age UK’s Switched Off: Save free TV for Older People petition visit www.ageuk.org.uk/tvpetition