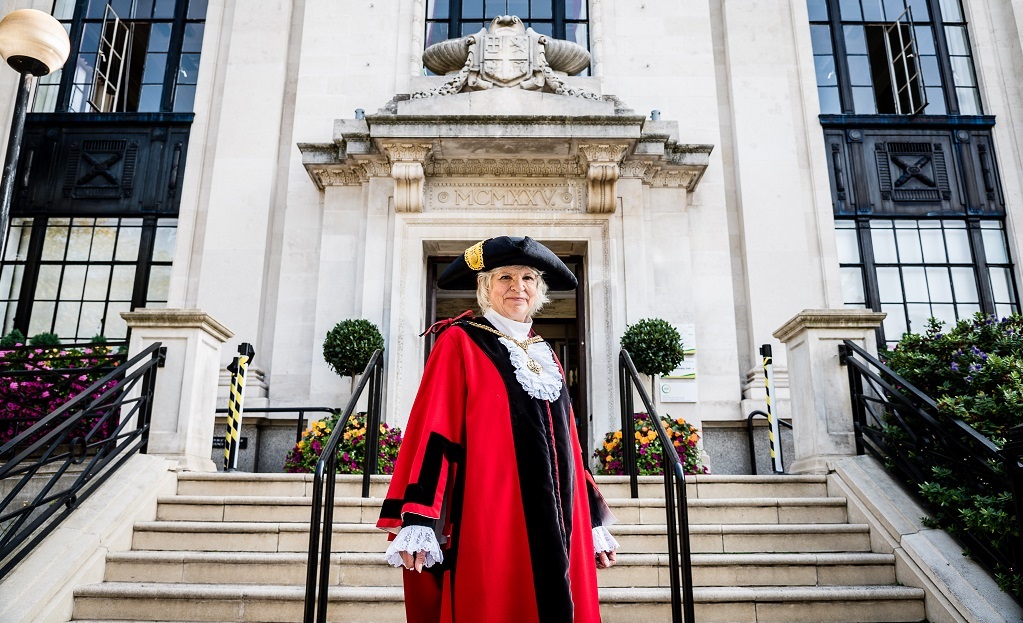 Age UK Islington is very proud to have been chosen as Islington Mayor 2020-21's charity.

The Junction ward councillor, who has lived in the borough for more than 30 years, takes up the role after serving on the council’s executive for a decade.

After spending many years working for Members of Parliament, Cllr Burgess was first elected as a councillor in 1997, serving until 2002. She was re-elected as Junction ward councillor in 2006. Cllr Burgess joined the council’s executive in 2010, when she became the executive member for health and adult social care, and was selected as deputy leader in 2013. She stepped down from these roles earlier this month.

During her time in the executive, one of Cllr Burgess’s proudest achievements was ensuring the London Living Wage for those working in domiciliary care. Cllr Burgess’s years of public service were recognised in 2015, when she was awarded an MBE from the Queen for services to local government and the community.

Each mayor chooses a specific charity to support and raise funds for throughout their time in office. Cllr Burgess has selected Age UK Islington, based in Manor Gardens, as her chosen charity. Age UK Islington provides a range of support to adults of all ages. They also provide a helping hand to those providing care for a partner, relative or friend, a cause that is particularly close to Cllr Burgess’s heart given her previous role in the executive. She takes over from Cllr Rakhia Ismail, who has served as mayor since May 2019.

Cllr Burgess said: “Becoming Islington’s mayor is an honour and a privilege. I have been so fortunate to have been able to call this borough my home for more than three decades, and I can’t wait to learn more about the contribution that Islington’s inspirational residents make to our incredible community. “On behalf of my fellow councillors, I would like to thank Cllr Ismail for the wonderful work that she has done during her time as mayor, especially during the coronavirus pandemic that has made this year an extremely challenging one for so many people across Islington.

“Age UK Islington does such incredible work for local adults of all ages, and to help the carers who do such amazing, often unseen, work in our community. Although the coronavirus pandemic will mean that opportunities for fundraising are more limited than usual, I’m determined to use this platform to support Age UK Islington and highlight the selfless, dedicated work of the borough’s carers.”

To stay connected and up to date with Cllr Burgess, follow the mayor's official Twitter account @IslingtonMayor Bunhill ward councillor Troy Gallagher will serve as deputy mayor with Cllr Marian Spall as his consort.