We use cookies to give you the best experience. By continuing to use this site, you are agreeing to our policy. Read more about how we use cookies and find out how you can change your browser's cookie settings.
Continue
Skip to content 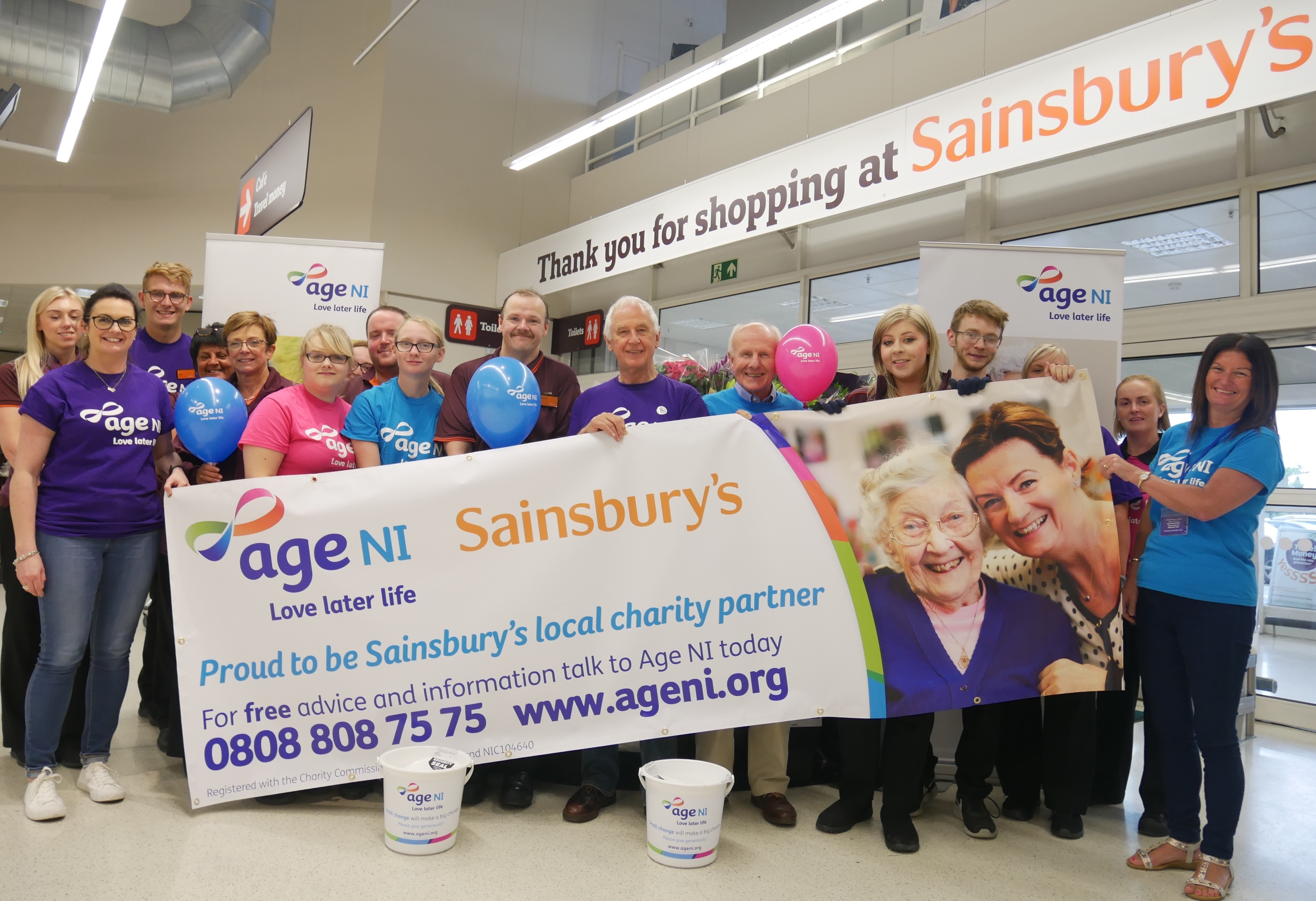 We were absolutely delighted to be selected as Sainsbury's Sprucefield new local charity partner of the year, following a public vote last month.

Over the course of the next year, staff and customers will be getting involved in a range of fundraising events and activity to raise funds to support older people across Northern Ireland.

The partnership was officially launched in-store on Friday 17th August, and already almost £800 has been raised.

"We are absolutely thrilled that Sainsbury's Sprucefield have chosen to support Age NI. As the leading older people's charity in Northern Ireland, it is our mission to help older people enjoy later life. With the support of the generous Sainsbury's customers and staff, we can be there for those people who need us most, enabling them to stay independent, be connected, live well and inspiring them to love later life. We're looking forward to working with the team over the next year!"

If you're shopping in Sainsbury's Sprucefield, and have some spare change, we would really appreciate it if you could pop it in one of our collections cans - it all adds up! There will also be lots of fun activity taking place in store, so look out for us, and do come over and say hello!

We're also recruiting volunteers, to help us with fundraising in-store over the next year. If you have some spare time and would love to get involved, please get in touch with Rosalind Cole on 07850919165 or email fundraising@ageni.org