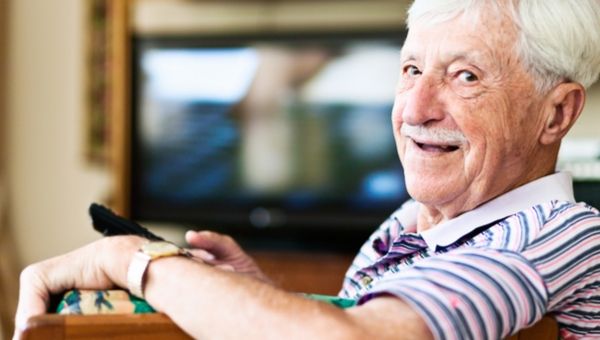 The BBC announced last month that it would postpone its planned introduction of the £157.50 fee for most over-75s until August 1, instead of June 1, as previously planned.

But Age Scotland says that there is a clear need to extend this deadline to ensure older people do not feel cut off and isolated at home as lockdown restrictions continue.

Hundreds of thousands of Scotland’s most vulnerable people are especially reliant on their televisions now for news and company. Switching this off in August would seriously exacerbate loneliness and isolation, as well as create additional stress for those struggling to pay.

The charity’s former chairman, Lord George Foulkes, wrote to the Secretary of State for Digital, Culture, Media & Sport, calling for the TV licence change to be indefinitely suspended last month. Hundreds of thousands of people have already signed a petition organised by Age Scotland and its sister charity, Age UK.

Brian Sloan, Age Scotland’s Chief Executive, said: “We welcomed the BBC’s decision to delay the planned changes, but it’s become clear that a two-month delay is not nearly long enough. With coronavirus restrictions likely to continue for some time, it should be put off at least until the end of the year.

“Older people are disproportionately affected by this deadly virus, with hundreds of thousands isolated in their homes. At an especially lonely time, television is more of a lifeline for them than ever. Many rely on their TV as their main source of news, entertainment and company, and it is often their only connection with the outside world.

“As the most vulnerable group, people aged 75 and over have more than enough to worry about without another big bill, which many simply won’t be able to afford.

“We are appealing to the UK Government to take back control of the licence fee, and do the decent thing by not switching off free TV for older people.”

Lord George Foulkes, Age Scotland’s former chairman, said: “This is a growing scandal. While the Government is rightly bailing out industries and paying workers on furlough, old, vulnerable and lonely people, who rely increasingly on their TV for information and entertainment are facing a huge extra cost.

“Many will now be in fear of having to lose their TV or face prosecution for non-payment. Now the new Shadow Secretary of State, Jo Stevens, has called on the Government to take back responsibility for the funding and keep the free TV licence for those over 75 who face lockdown and isolation for many months to come.”