Blog: Personal experience of scams led me to join the fight against them

This is a guest blog by Shendon Ewans, the CEO of Gobbill, an Australian based tech company with a bill payment automation service that creates efficiencies for businesses and individuals saving them time and money whilst protecting them from scams and fraud. Pictured is Shendon's dad, Stephen Ewans, who was a victim of a scam. 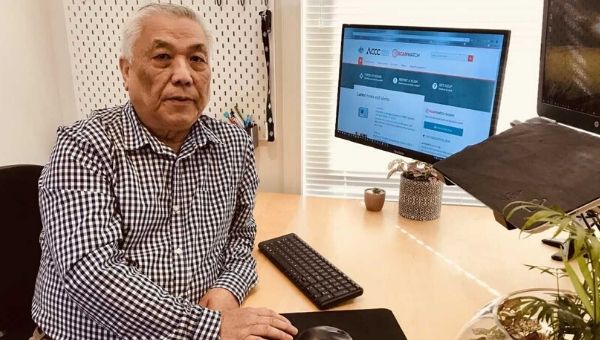 Scams can impact people of all ages but the over 65s are most at risk. In fact, over five million over 65 in the UK believe they were targeted in one year alone, and 500,000 fell victim to the scammers.

Last year £10 billion was lost to fraud globally and this year’s figures are expected to be higher, with the coronavirus bringing a wave of fresh scams, including fake government emails and texts and doorstep callers claiming to be from charities.

My father Stephen, served in the Navy for many years and is a retired marine engineer from Rosyth. He was hit hard by a scam after clicking on a malicious link in an email. Overnight his bank account was emptied and he was locked out of his bank, email and telephone accounts. The incident, which took place in Australia where he and my mother retired, caused my parents a huge amount of worry.

He told me that the anxiety and stress was just overwhelming. Having to consider what has been lost, whether you can get it back and what to live on while your bank account is locked was stark.

After realising he had been scammed, my father was left feeling ashamed, as many victims do.

My brother and I helped him to recover his lost funds and regain access to his accounts. We also encouraged him to report the incident. By talking to others about his experience, my father has helped encourage others to tell their stories. He has also learned that there is no shame in falling for a scam as it could happen to anyone of any age, and that it is important to report the crime.

My younger brother and I are now committed to help fight fraud. I am the CEO of Gobbill, a new FinTech company and proud member of FinTech Scotland, and we are working with companies and agencies to help protect vulnerable people from scams and fraud.

You can find plenty of information online about scams and fraud. UK Finance has a campaign called 'Take Five - To Stop Fraud' which I am very keen to reinforce. The campaign encourages people to take five minutes to tell others and help raise awareness against fraud.

Here are a few simple tips which are easy to remember. Stop. Challenge. Protect.

STOP: Taking a moment to stop and think before parting with your money or information could keep you safe. One of the tactics that fraudsters use is to create a sense of urgency, rush or panic. Be confident to put a stop to the request as you do not need to act immediately.

CHALLENGE: Could it be fake? It’s ok to reject, refuse or ignore any requests. Also, seek help from well-known agencies or friends that can provide advice. A second opinion and some time to think things over significantly reduces the risk of falling victim to fraud.

PROTECT: Contact your bank and authorities immediately if you think you’ve fallen for a scam and report it to Police Scotland by phoning 101.

You can find out more about Gobbill, including information and resources about scam prevention at www.gobbill.com/ukreportscams

Find out more about protecting yourself against scams