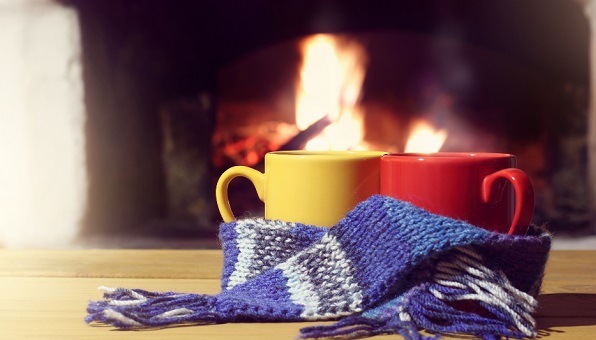 Age Scotland is urging older people to take extra precautions as more stormy weather is set to sweep the country.

The Met Office has issued severe yellow weather warnings for much of Scotland in anticipation of the arrival of Storm Barra tomorrow (Tuesday 7th December), with fears that heavy snow could cut off rural communities and cause further power cuts.

Snow warnings are in place for much of southern and western Scotland, with predictions of gale force winds and icy drifts.

Scotland’s leading charity for older people is warning everyone to take extra care and check on their older neighbours and relatives in the event of bad weather.

They are also urging those on low incomes not to skimp on home heating and reiterating calls to the Scottish Government for extra help with fuel costs for the poorest pensioners.

Age Scotland has already written to the First Minister asking for an extra £50 payment to help 130,000 older people with the rising cost of heating their homes this winter. As well as assisting those living in fuel poverty, it would relieve the incredible pressure being faced by the NHS and social care this winter by reducing hospitalisations related to cold weather.

Their proposal has already won the backing of Citizens Advice Scotland, Energy Action Scotland, the Scottish Older People’s Assembly, About Dementia, the Stroke Association, and Chest, Heart and Stroke Scotland.

Cold weather can have a serious impact on our health as we get older, increasing the risk of respiratory illnesses, heart attacks and strokes. Simple precautions, such as heating living areas to around 21 degrees Celsius, having plenty of hot food and drinks, and wrapping up warm outside can reduce the risk.

Brian Sloan, Age Scotland’s Chief Executive, said: “We’re urging older people to take extra care this week as more stormy weather threatens to sweep the country. We’re concerned that snow and icy conditions will put more people at risk of falls, while making it difficult for them to get out for essential shopping or medical appointments.

“We would encourage everyone to check on their older neighbours and relatives, and see if they need a little bit of extra help. A simple knock on the door and offer to pick up some shopping can make a big difference to someone, especially if they have mobility issues or are feeling isolated at home.

“We are also encouraging everyone to make sure they are heating their homes adequately and not putting their health at risk. We know the rising cost of fuel is a big worry for tens of thousands of households, especially pensioners on low incomes. But cold homes can have serious health consequences, putting people at greater risk of respiratory illnesses, heart attacks and strokes.

“We have already written to the First Minister urging her to consider an extra £50 one-off payment to pensioners on the lowest incomes this winter. This would make a significant difference to those struggling with rising living costs, giving them the peace of mind to turn up their heating over the winter.

“This relatively modest investment would help prevent ill health and hospitalisations, at a time when Scotland’s health and social care services face incredible demand and unprecedented staff shortages. Not only could it help save lives this winter, but it could easily pay for itself in terms of reduced need for hospital stays and medical treatment.

“Older people can also check they are claiming all the benefits they are entitled to, including Pension Credit and Cold Weather Payments, by calling our free helpline. Our friendly advisors offer benefit checks, as well as other support and advice, on 0800 12 44 222, Monday to Friday, between 9am and 5pm.”