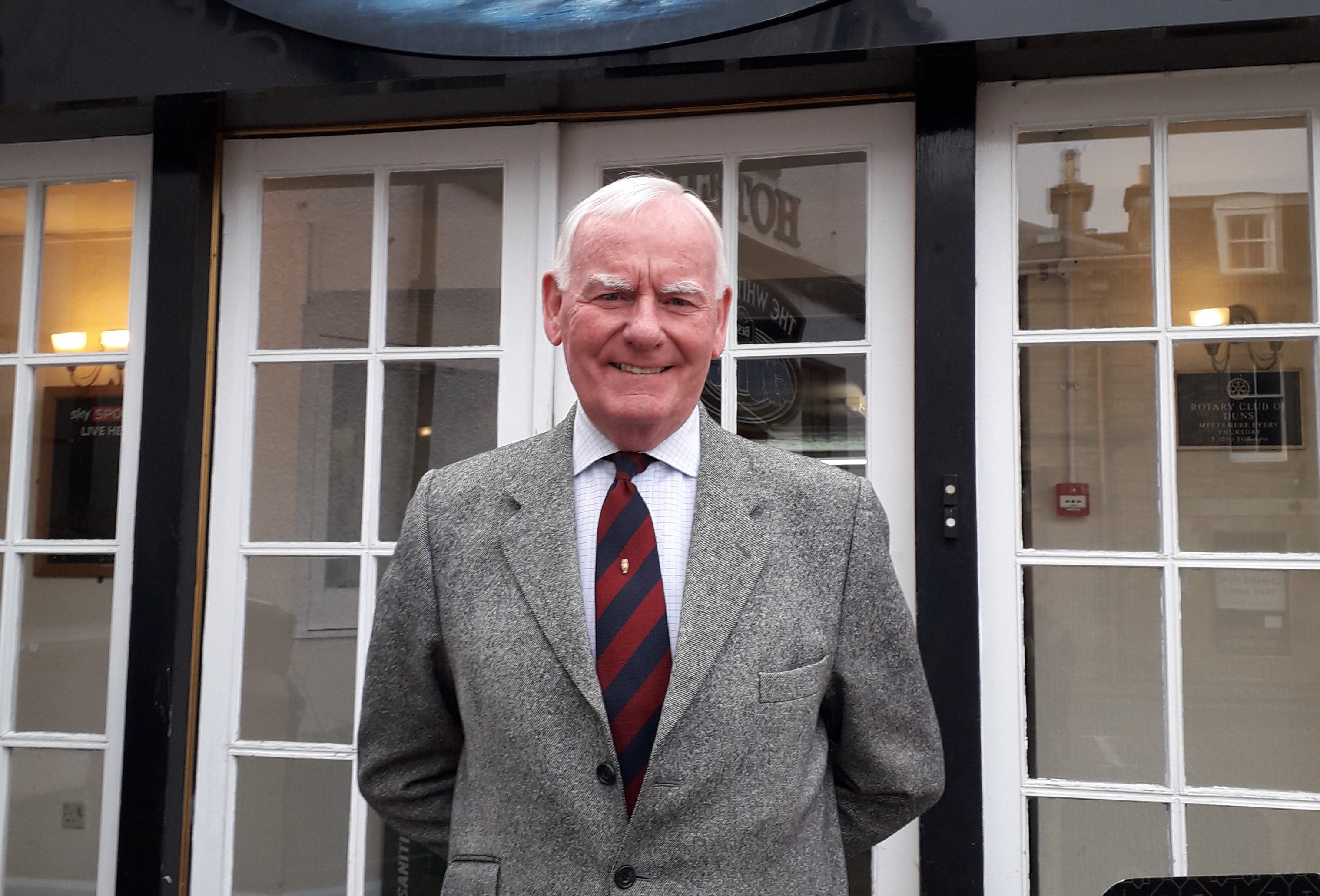 Forty years ago, the Falklands conflict was underway. We invited veterans of the campaign to share their experiences, and to reflect as they reach later life.

I enlisted in the Scots Guards in 1962. I had a varied career which overall I enjoyed. I guarded Buckingham Palace, was a medic, an outward-bound instructor, and a recruiter.  I had postings in Malaya, Borneo, and Germany.  In Northern Ireland I patrolled, ‘no-go areas’, losing comrades to IRA attacks.

When the Falklands came, I was age 40 and a Senior Warrant Officer.  I left on the QE2 cruise liner as part of Headquarters Company.  We were well looked after.  I organised homemade entertainment: the Gurkhas dressed up as girls for a laugh!  Morale was good.

We arrived at San Carlos Bay, then moved to Bluff Cove to relieve the Parachute Regiment and manage resupplies. There, we witnessed HMS Galahad being sunk.

I was part of a diversionary attack on Mt Tumbledown. Our lead Scorpion tank hit a mine, so we proceeded on foot.  The enemy heard us so we went to ground and returned fire.  The assault group took casualties, so my support group was ordered to help it.  A machine gun opened fire, hitting a comrade in the leg, but we made it and the enemy retreated.

As the main assault began, we withdrew with our wounded, but walked into a minefield, taking more casualties. We had to leave behind two dead, one of them a friend.  The Argentinians started to shell us, but in boggy ground the explosions were less deadly. We used torches to find mines, and eventually got away.   That night the Argentinians surrendered, so we returned next day to recover out dead.  After a few weeks rest we returned home; sad about our losses, but happy with and proud of the job we’d done.

I left the Forces in 1985.  My first wife sadly died in 1987 but later I remarried.  I had a successful second career as a sales rep for regimental silver and corporate gifts, latterly managing security for the Crown Jeweller.  I retired age 70 in 2013, to Duns in the Scottish Borders.

I chair the Scottish branch of the South Atlantic Medal Association and am active with Legion Scotland. Helping out keeps the brain active!  Many service leavers today focus on settling with their families and lose touch, but 15-20 years later start to return to the fold.  Some have struggled on their own for some time.  So, if there’s a local Veterans Breakfast Club or Legion Club, I’d strongly recommend getting involved.  There’s great banter and inter-service rivalry, which is what’s always kept morale going.