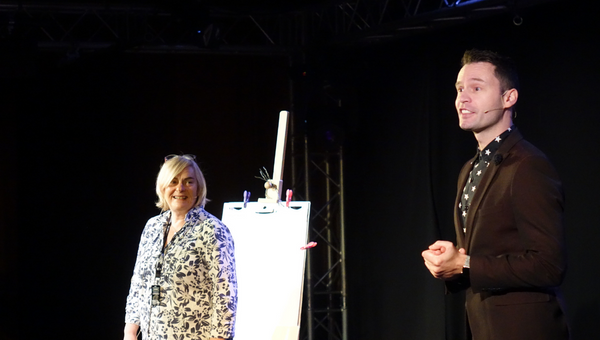 You might have seen headlines like this: “Staying sharp is easy: just 'do this one simple thing'!” But what if there isn’t "one thing" but dozens?

That’s the idea being explored in “Marginal gains for brighter brains!”, a show by Professor Alan Gow from Heriot-Watt University at the Edinburgh Festival Fringe this month.

As we age, we are more likely to experience general declines in our thinking and memory skills (these are referred to as our mental or cognitive abilities). Some people experience noticeable changes in their thinking and memory skills across their 60s and beyond, while others maintain these into old age. This variation suggests that a number of factors influence our brain health.

However, when we see brain health discussed in the media or online, it’s often suggested that there’s a single secret ingredient for staying sharp. Most people will know it’s not quite that simple but aren’t always sure what the best “brain healthy” lifestyles might be.

In “Marginal gains for brighter brains!”, Alan will explore some of the things we might want to do more or less of to maintain our thinking skills as we age. The ‘marginal gains’ idea is that there are likely to be dozens or hundreds of things that might be important, so rather than making one big change, maybe it’s about making lots of smaller, and hopefully more manageable, changes.

While the show is based on the latest research, this isn’t a traditional lecture. The show is part of the Cabaret of Dangerous Ideas programme which has a simple rule – no slides! Comedian Susan Morrison returns to compere the programme, ensuring the academics keep on track and that the audience get a chance to have their say too.

Alan and his team in The Ageing Lab at Heriot-Watt University explore the factors that might protect thinking skills, and in the show you’ll hear about some of their own and others work focussing on brain health.

“Marginal gains for brighter brains!” is on twice during the Fringe at the New Town Theatre on George Street, on 10 August (1.30pm) and 23 August (5.45pm). Alan will also be appearing in a double bill with Professor Antonella Sorace who will be exploring the benefits of speaking more than one language (15 August, 1.30pm).

To get a flavour of what to expect, one of Alan’s previous Fringe shows was recorded as part of BBC Radio Scotland’s Brainwaves series.