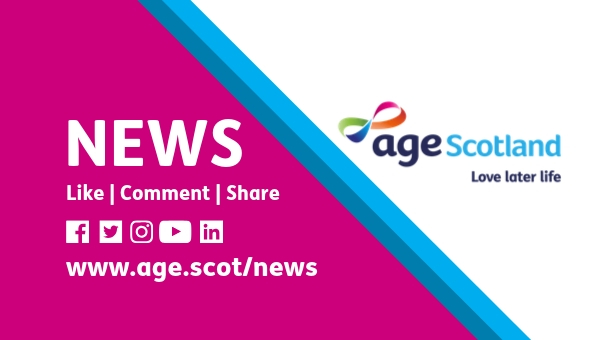 Figures released today from the National Records of Scotland report that 6,046 deaths were caused by Alzheimer’s disease and other dementias in Scotland in 2021, a decrease of 5% (306 deaths) on 2020.

“We welcome the fall in deaths from dementia as positive news following the pandemic. However, these figures reinforce the fact Alzheimer’s disease and other types of dementia are one of the highest causes of death in Scotland, particularly for women: in 2021, two thirds of those who died due to dementia were female (67%). Deprivation is also a factor, with deaths caused by Alzheimer’s disease and other dementias 1.3 times as likely to occur in the most deprived areas of Scotland compared to the least deprived areas.

"These figures emphasise the need for early diagnosis, preventative social care and community-based support. There is a growing body of evidence to suggest that people who are immersed in their communities live longer and have better outcomes than those who don’t have access to this kind of support.

"The new National Care Service will be crucial in ensuring that people living with dementia can be diagnosed early, receive appropriate post-diagnostic support and access appropriate preventative social care, including through community-based activities and services that can help them live well with dementia.

"Age Scotland are proud to be working to achieve these aims in partnership with the Scottish Government through our About Dementia project, to enable sustainability for the many community groups and organisations who provided vital support to people living with dementia and their families through the pandemic. We are currently accepting applications for their grants programme “Encouraging and Supporting Grassroots Activity”, which is designed to fund projects that offer community-based support for people living with dementia and their families.

"By focusing on funding these types of initiatives, we can ensure that people affected by dementia in Scotland can live longer – and live well – following diagnosis, and that they feel empowered and enabled to engage meaningfully with their communities and receive the support that they deserve.”