We're urging local people to get in touch as figures show that over two million UK pensioners are living in poverty, with black and asian older people most at risk.

Despite these high numbers and recent government figures showing that nearly a million older people could not afford an unexpected bill of £200, nearly a million (920,000) pensioner households are missing out on Pension Credit payments worth up to £1.6 billion every year – that’s an average of £32 a week, or over £1,600 a year, per recipient.

Last year Age UK Lindsey secured more than £3million in previously unclaimed benefits for older people living in East Lindsey, West Lindsey and North Lincolnshire. Therefore, we're urging all pensioners who are struggling to make ends meet to put in a claim for Pension Credit – a means-tested, tax-free benefit for pensioners that opens the door to many other potential benefits including:

Age UK Ambassadors, Len Goodman and Rustie Lee, are supporting the Charity’s call for older people to find out if they are entitled to Pension Credit.

Len Goodman: “Older people are so resilient and tend to know how to make do, but it doesn’t have to be like that for those who are struggling to manage day-to-day bills.

“Pension Credit is a benefit for low-income pensioners to help cover the costs of later life.  Lots of people don’t even know it exists, meaning almost a million older households are not getting the extra money they are entitled to.  For those that have claimed, it can mean being able to stick the heating on for longer or having the money to buy essentials for their home to keep well and safe.

“That’s why I’m supporting Age UK’s efforts to raise more awareness about this benefit.  There’s help out there and Age UK can support older people throughout the whole process – from information gathering to form filling.  Please… I would urge anyone who’s watching the pennies to find out more and see if they can make a claim.  Pension Credit not only gives you more money each week, it can also be a gateway to other help too.”

Rustie Lee: “It’s so important for everyone who’s feeling the pinch at the moment to see if they might be entitled to claim some extra help. It’s just shocking that so many older people can’t afford the basics such as decent, healthy food or keeping their house nice and warm.

“Pension Credit is a really important benefit that can make a big difference to older people on a budget, giving them a bit of extra cash to pay for things that most people for granted. I’d urge any older person who is struggling to make ends meet at the moment to speak to Age UK to find out if they could be eligible for Pension Credit, it could make all the difference and open the door to lots of other financial support too. There’s absolutely nothing to lose by making a claim!”

Emily Brown, Information & Advice Manager for Age UK Lindsey, said: "It's vital that older people in East Lindsey, West Lindsey and North Lincolnshire have access to the benefits they are entitled to; which is why our team of advisers is specially trained in providing benefits advice. We can help with any enquiries about Pension Credit and support you in your application. Our service is free and confidential."

Any older person living in Lindsey or North Lincolnshire, who is worried about money, should contact Age UK Lindsey on 01507 524242. 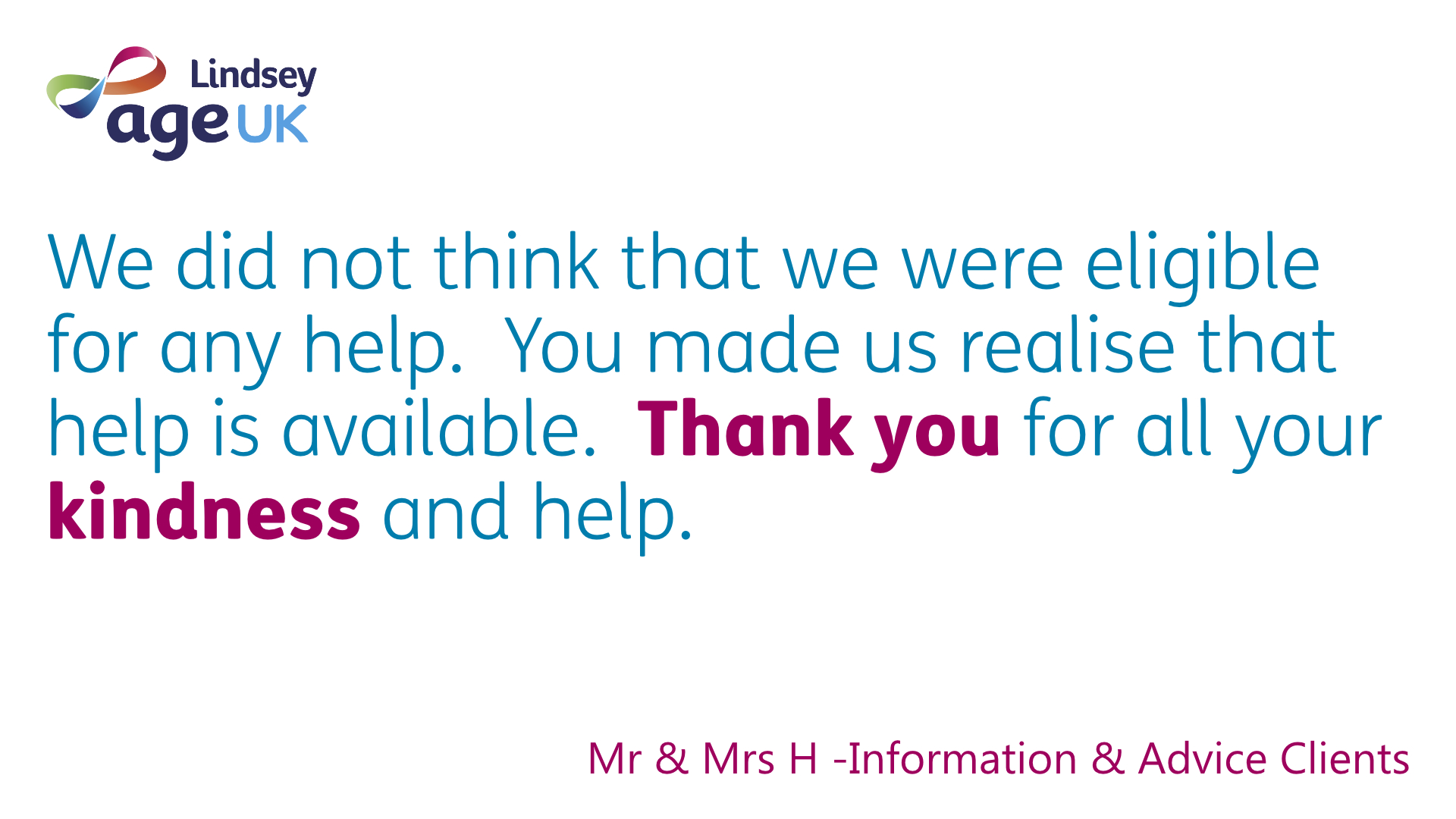