Bring older veterans back into the circle this Armed Forces Day 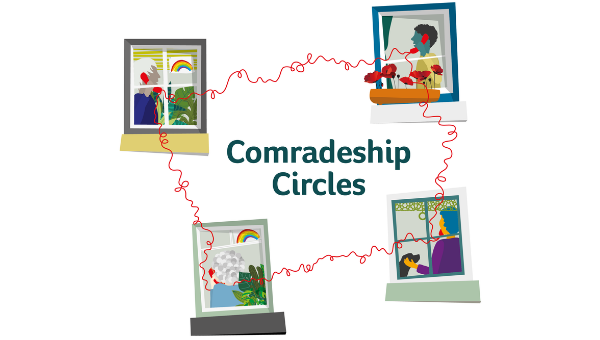 Saturday 27 June is Armed Forces Day, a chance for people across Scotland and the UK to show support for the men and women who make up the Armed Forces community, including currently serving troops and veterans.

To mark the day Age Scotland is launching Comradeship Circles, a new service offering older armed forces veterans opportunities to enjoy weekly group chats with each other by phone.

From next week (Wednesday 1 July) veterans aged 50 and older, including Regulars, Reservists, National Service men and Merchant seafarers who have been part of a UK military operation, can register to join with a call to the Age Scotland helpline 0800 12 44 222. Veterans’ spouses, widows and widowers may also join.

“Over the last three years through our Veterans Project Age Scotland has been working with and got to know the veterans’ community. We’ve been inspired by the care and support members of that community give each other – the comradeship they share is truly a bond of friendship beyond what is typical in civilian life.

“During the coronavirus outbreak many veterans’ charities and community groups have created opportunities for veterans to enjoy comradeship using video-conferencing apps. Our big concern is for those older veterans who are unable or prefer not to use the internet, and so miss out on these opportunities.

“Through Comradeship Circles they can now enjoy banter and share memories of military life with each other in by phone, in groups of up to six for about an hour, at the same time and on the same day each week. One of our facilitators will be on hand just in case, but mostly will leave to the veterans to speak to each other.”

Former army chef George is just the kind of veteran Comradeship Circles aims to benefit. Since February has had a weekly call from Age Scotland volunteer Elly as he was feeling lonely and isolated.

“We have found we have common interests including walking and wildlife appreciation” says Elly.

“George talks quite a bit about his health: it’s good he can as he doesn’t get this chance with anyone else.”

Age Scotland plans to offer George, and veterans like him, opportunities to ‘re-join the tribe’ by telephone. The charity would also like to hear from community groups interested in partnering to establish a Comradeship Circle for older veterans they work with. 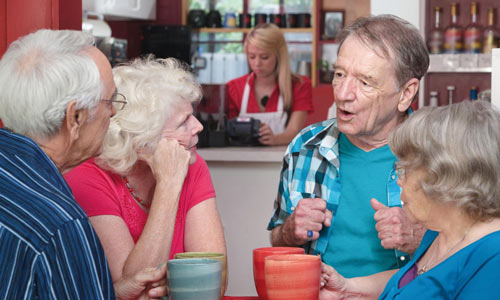 Working to ensure veterans can enjoy the best possible health and wellbeing in later life.