This Christmas set to be the loneliest yet for older people 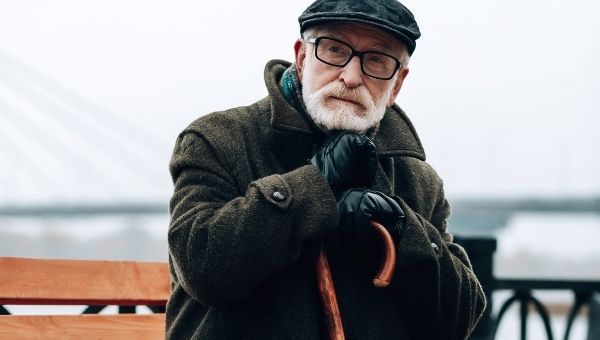 New research from Age Scotland’s sister charity Age UK shows that this Christmas is set to the loneliest yet for older people with more than 157,000 over 65s in Scotland expecting to feel lonely over the festive season.

The national charity for older people have described the figures as heart-breaking and believe that they might just be the tip of the iceberg.

Age Scotland is encouraging everyone to be friendly and make an extra effort with the older people in their communities this winter as the survey found that around 94,000 over 65s in Scotland said they wouldn't have got through the pandemic without the kindness of strangers.

It is clear from these findings that people have stepped up to support our older population during the pandemic, which has made a huge and much appreciated difference – 428,000 older people in Scotland say they wouldn’t have got through the pandemic without their friends, highlighting the power of friendships and human connection, which is more important than ever before.

However, while 44% of older people (459,000) have had someone call them for a chat because of their situation during the pandemic, sadly this isn’t the case for everyone.

Age Scotland is asking people to support their friendship line this winter with a monthly donation of £5 which will fund a regular call to an older person in need. This free service was launched in June by Still Game star Greg Hemphill in response to the huge rise in calls to the charity from older people who were lonely and just wanted a friendly chat. It is available on 0800 12 44 222 between 9am and 5pm, Monday to Friday.

“We know that the Christmas period is the loneliest time of the year for many older people in Scotland but this one will be like no other. It’s heart-breaking that more than 157,000 over 65s expect to feel lonely this year, which could be as many as two older people on every street in Scotland. But it might just be the tip of the iceberg.

“Before this crisis, the extent and prevalence of loneliness and social isolation was sky high but was often hidden. The impact coronavirus has had on all of our lives has been drastic and as a result the levels of loneliness throughout this year, among people of all ages, has been rising at an alarming rate. It has been particularly felt by the hundreds of thousands of older people who live alone, have no local support networks and who do not have access to the internet.

“The extraordinary levels and inspiring examples of community spirit we witnessed earlier this year must be reinvigorated through winter as people need you more than ever before. Indeed, the kindness of strangers and neighbours throughout this pandemic has been a lifesaver to nearly 100,000 older people in Scotland. Without this support they say they wouldn’t have got through this year.

“It is so important that we all make an extra effort to reach out to older people in our lives and in our community, especially those who live alone, as yours may be the only voice they hear all week. No one should be alone this Christmas.

“Age Scotland’s Friendship Line is here for people who want to have a friendly chat, a listening ear and to know that someone is there for them this winter. It is free to call on 0800 12 44 222, Monday to Friday 9am to 5pm.”

There are lots of simple things everyone can do to help:

• Keep in touch: Try to check in regularly with your older relatives, friends and neighbours to ask how they’re feeling, and find out if there’s anything they need. If you’re unable to visit in person there’s still plenty you can do to show you care – a phone or video call, try making homemade Christmas cards, letters or even small gifts.

• Lend a hand: If you’re able to, be a good neighbour by offering simple, immediate assistance to older people nearby, such as offering to pick up shopping or run errands. When you drop off any shopping knock on the door and step 2 metres back first, leave any bags on the doorstep and make sure your neighbour safely receives them.

• Share these numbers: For information, friendship and advice, Age Scotland helpline and friendship line is available on 0800 12 44 222 Monday to Friday 9am to 5pm

• Donate to Age Scotland: No one should be alone this Christmas. Support Age Scotland’s Friendship Line with £5 a month which will fund a regular call to an older person in need www.age.scot/makethecall

No one should be alone this Christmas