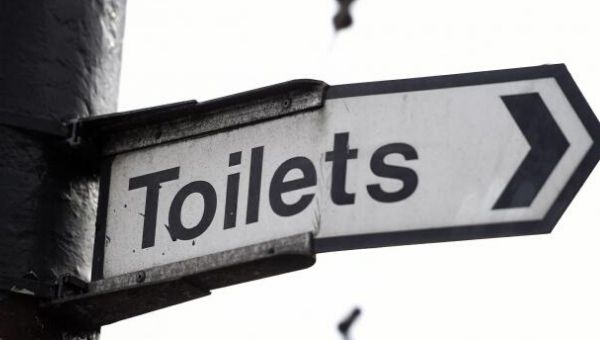 Scotland’s national charity for older people has written to Edinburgh councillors in support of proposals for an increase in the availability of public toilets in the city.

The proposals, outlined in the “Future Provision of Public Conveniences” report, are set to be discussed by members of Edinburgh City Council’s Transport and Environment Committee tomorrow (22 April) and include recommendations for investment in 15 current public toilet sites as well as highlighting six areas where future facilities are being considered.

Age Scotland believes that there should be an increase in availability of public toilets in the city and says these proposals would be hugely beneficial, giving many older people and those with disabilities the much-needed confidence to get out and about.

They believe that the public toilets in Colinton should remain as part of the council’s network, resisting any proposal to close them, and urge that all existing public toilets in Edinburgh are reopened, made safe for use and available to residents as soon as possible, particularly given increased demand due to recent easing of lockdown measures and travel restrictions.

The charity advised that councillors should carefully consider accessibility of any new facilities if charging was to be established, given the large number of older people and people on low incomes who do not use contactless cards or do not have a bank account, preferring cash as a means of payment and budgeting.

“Ensuring good access to clean, safe and accessible public toilets is so important and something which older people and people with disabilities raise with us regularly.

“This would be a positive investment in the city, for residents and tourists, and go some way to helping people feel confident to travel throughout the city, contribute to the local economy and improve their quality of life.

“We know that without good access to public conveniences many people, older and with certain medical conditions, can be discouraged from leaving their home which is harmful to their physical and mental health.

“While these new proposals look to the future, people must be supported to reconnect with others, take part in activities and boost the economy as a matter of urgency. It will be harder to support this, and tackle the effects of loneliness and social isolation, without ensuring that all existing public toilets are reopened.”