Blog: Hate Crime Awareness Week - why we all need to stand together to fight ageism 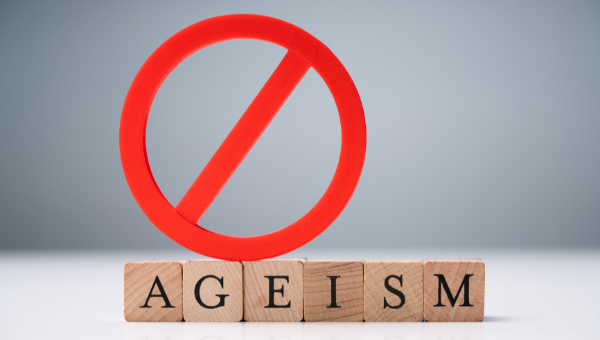 Age Scotland welcomed the introduction of the Hate Crime and Public Order (Scotland) Act 2021 and believe this is important legislation that will help to further protect people in Scotland, including older people from instances of hate crime.

We engaged with the Lord Bracadale review, as well as the Scottish Government’s consultation on the recommendations. We welcomed the introduction of age as a protected characteristic, recognising that in certain instances, a crime may be committed against an older person which is motivated by ill will or malice due to their age.

Why did we call for age to be included in the legislation?

Age Scotland argued that the introduction of a new statutory aggravation based on age would help to emphasise that such crimes will not be tolerated in Scottish society and have the added effect of empowering older people to report these crimes to the police.

Every second person in the world is believed to hold ageist attitudes, according to a new United Nations report on ageism. Age Scotland was at the forefront of calls to include age as one of those protected by legislation because offences against older people are all too common.

We know from calls to our free helpline which provides information, friendship, and advice that many older people are targeted by fraudsters due to their perceived vulnerability. This can be particularly upsetting for people with dementia, their family, and unpaid carers.

Our Big Survey found that 87% of respondents said they or someone they know had been the target of a scam.

We are supportive of any legal mechanism that will provide further protection to older people who have been targeted because of their age.

Legislation can be at the forefront of changing attitudes and providing further legal ramifications for age hostility will be a strong statement of intent that Scotland does not accept this behaviour. Having stronger legal repercussions for age hostility can act as a deterrent from would-be criminals, and also prove to older people that any abuse they report will be taken seriously and help enable them to have a voice.

We believe the Act will have three major benefits:

🚨 Enable the police in Scotland to act on reports of age hostility.

📞 Give older people confidence in reporting hate crimes that they experience.

🚫 Act as a strong deterrent to those who would act out on age hostility.

During Hate Crime Awareness Week, and every week of the year, we want to send a loud message that age discrimination is never acceptable in our society. Ageism is a global problem but by standing together we will strive to create a safe world for all ages.