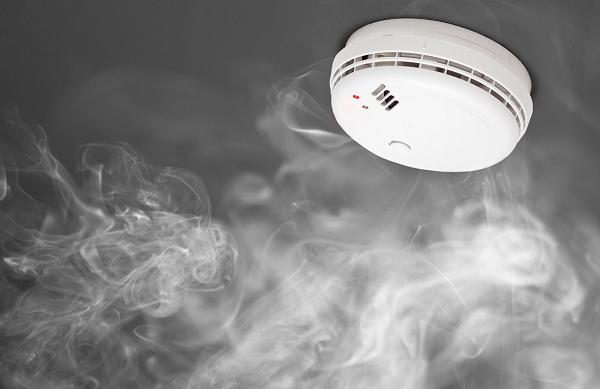 If you are a homeowner in Scotland you will soon need to ensure that your home has interlinked fire and smoke alarms installed. This is a system of multiple smoke and fire alarm devices that communicate with each other, rather than the stand-alone alarms that many homes have.

Back in February 2019, the Scottish Government announced this new requirement for all homes in Scotland to have these devices in place, initially by the 1st February 2021, bringing them into line with the standards in the private rented sector.

The Scottish Government has now said that they want to extend this deadline by a year to February 2022 following a number of news reports of concerns from the public and organisations like Age Scotland that many homeowners were completely unaware of these changes and COVID-19 restrictions have made it much harder to get the support to install the devices if they couldn't do it themselves.

Tell us what you think!

Your experiences and views inform our work. Please take our quick survey about your awareness of the new requirement for interlinked fire and smoke alarms for all homeowners.

Why this is happening

Following the tragic Grenfell Tower fire in 2017, the Scottish Government committed to reviewing the building and fire safety standards in Scotland.

As part of this review, the Scottish Government introduced this new fire and smoke alarm requirement for all homes, bringing them into line with the standards for the private rented sector. This includes private homes (known as owner occupied) and those in the social rented sector.

The new rules for homeowners

All alarms should be ceiling mounted and interlinked

Where there is a carbon-fuelled appliance (such as boilers, fires (including open fires) and heaters) or a flue, a carbon monoxide detector is also required which does not need to be linked to the fire alarms.

Find out more about this on the Scottish Government's website

What needs to change

There was very little communication about this from the Scottish Government since it was first announced, which meant that many homeowners were completely unaware that there were new legal requirements for fire and smoke alarms that would come into force in February 2021.

For most people contacting us about this, the first they knew of it was in October 2020, a few months from the deadline, as a result of a leaflet from a company that sells and installs these devices or in media reports.

The Scottish Government had committed to conducting a public awareness campaign about the changes, but this has not happened anywhere near the extent to which was required or was understood to have happened.

As a result of health concerns and the restrictions we have all been living with due to COVID-19, homeowners needing help to fit these devices themselves have been unable to, or are concerned about the safety of, having a tradesperson entering their homes to undertake the work.

The cost of buying and installing these devices is also a challenge for many homeowners. The Scottish Government estimates a cost of around £200 to do so for a three-bedroom house, but in reality, the cost will be higher. This poses difficulties for older people on low and fixed incomes.

Age Scotland believes that the Scottish Government should:

Let us know what you think

Did you know about this change for homeowners? Have you had these devices installed? Are you concerned and might have difficulty complying with this new requirement? Please let us know about your experience and understanding as it will not only inform our work on this issue but help Members of The Scottish Parliament better understand the impact of this policy. Please click this link to be taken to our survey on home fire and smoke alarms.

You can also share your opinion with your MSP directly. You can find your MSP by clicking here.

As you get older you can be at more risk of having a fire at home. Our Fire Safety Guide has been produced with the Scottish Fire and Rescue Service and could help to save your life or the life of an older person you know.