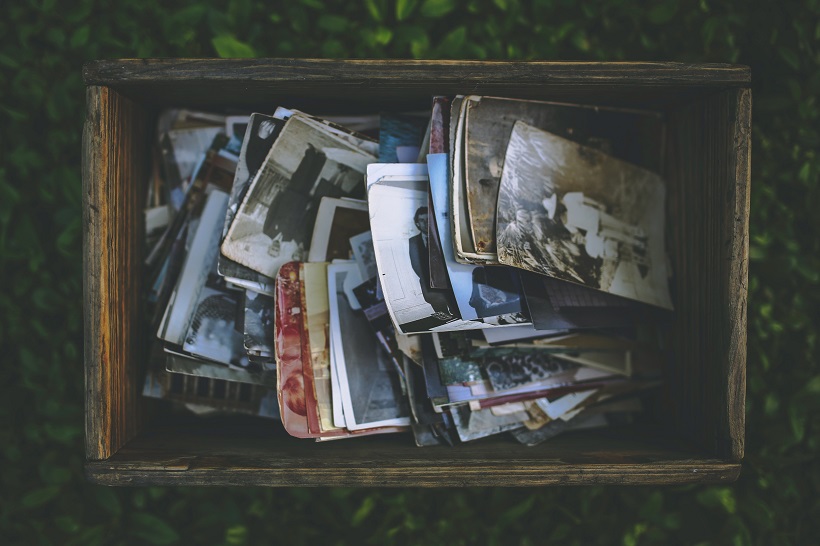 My name is Ferenc. My father was a football fan and named me after the team he supported, Ferenc Varos (city), a famous Hungarian football team in Budapest. My twin brother Gyula and I were born in Pest on the 9th of April 1952.

My earliest memories are happy ones. We lived in Jahn Ferernc Utc, where Gyula and I often enjoyed playing in the garden at home. We had a large company of pets. We kept two pigs, chickens, a German Sheppard and a Budgie. Gyula and I even rode on the backs of the pigs playing “Cowboys and Indians”. We also played with the dog and generally got up to mischief, simply enjoying ourselves and having fun. 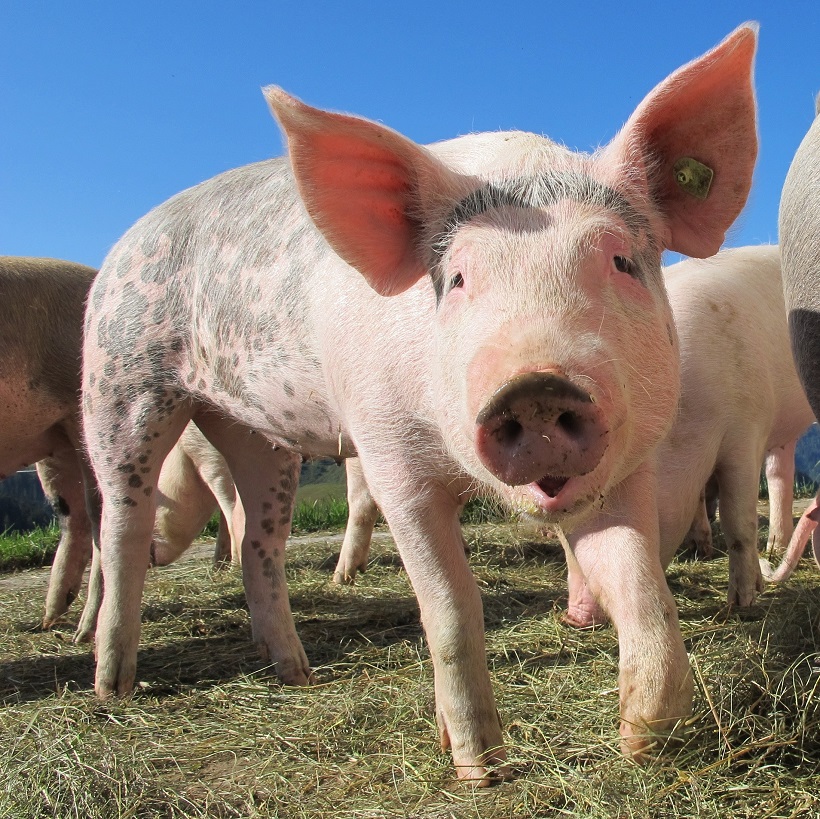 We used to help mum collect the eggs and do the chores around the house. Mum used to boil Spinach and feed it to us. Gyula had no problem with this, but I, on the other hand, hated it. Mum would just keep feeding me with Spinach until I had to swallow it and there was no room left for anymore. I do remember one occasion that stands out, when she looked away for a moment, quick as a flash, I spat it out into my hand and quickly plastered it underneath the tabletop. Unfortunately, I wasn’t fast enough and Mum caught me!

It was at this point I made what at that time, seemed to be the biggest mistake of my young life. Mum smacked me on my bum with her wooden spoon, which broke... I laughed at this (a big mistake). Father then took his belt off, and as a result, that was one mistake I’ve never forgotten nor repeated. We boy’s learned fast in those days.

Gyula and I used to also play in the street outside the house. Sometimes our Father would take us down into the city with him and mum, asking if we could help with the shopping or for haircuts. These were adventures we both looked on as great opportunities to get into trouble and explore.

Everything changed for Gyula and me

Then one morning, everything changed! We were downtown with Father, on another one of our adventures. Father suddenly pushed us into a doorway of a shop or some building. I vividly remember this episode because of the suddenness and the change that came over him. He was trying to protect us from all the soldiers and tanks with their guns. They were aggressive (shouting etc.). They tried to intimidate those around them. They were angry & loud and marching down the street. Everything changed for us that day - it was December 1956.

At the time, we were 4 years old, but we were aware everything was different, yet nothing would ever be quite the same again. I think we both lost something that day, I was very scared. That was our first experience of what was to come. I have mixed memories of what happened after this point, but what I have learnt, from my close family in Budapest, fills in the blanks. I have learnt most of this after my father passed away in July 2007, in Budapest - he never talked to anyone about what actually happened. 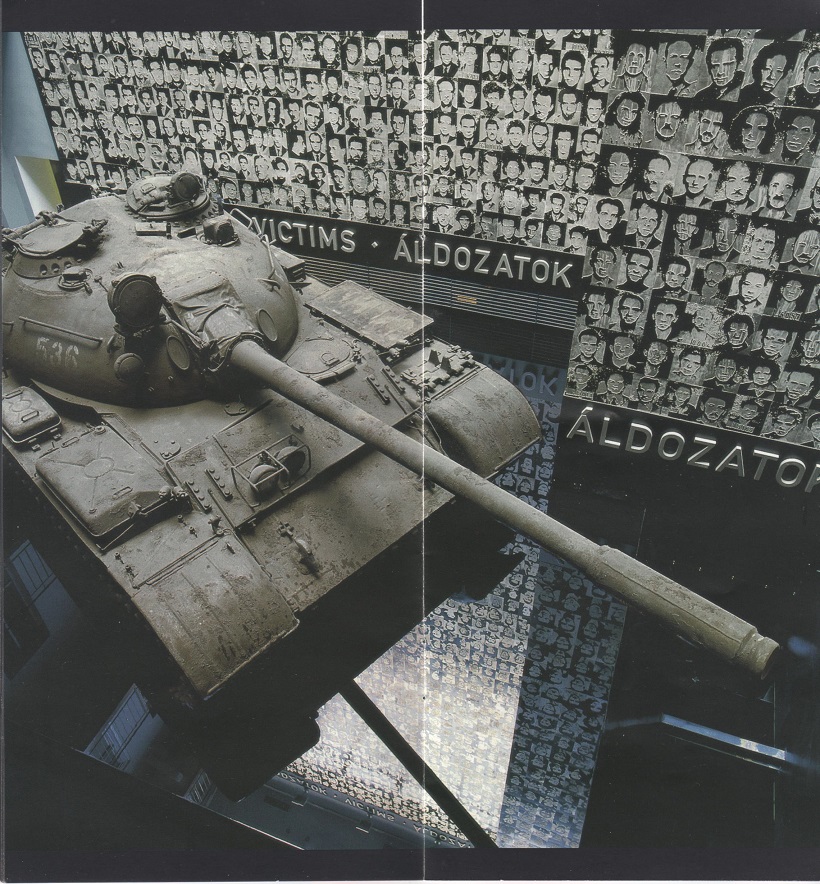 Gyula and I were playing games outside the side gate in the street, when lots of soldiers came running down the street, shouting and shooting their guns in the air. There was a tank, with more soldiers riding on it, driving directly behind them. Gyula and I were banging on the side door to be let in and were very frightened. Those scenes of aggressive soldiers and tanks on the streets became a regular occurrence. Mum let us back into the garden and locked the gate. We were never allowed outside again!

Memories from my Childhood

I remember shortly afterwards, that Father didn’t come home, he had disappeared for what seemed like several days, I can’t remember exactly how long. Years later, after he’d passed away, I learnt that he had gone with a friend somewhere and they had been picked up by the police and taken to “ Andrassy Ut 60” (infamously known as The Terror House, Budapest). He and his friend were accused of sabotage, and after a period of being tortured, were sentenced to death. I don’t know what happened to his friend, but apparently, a female warden/guard helped my Father to escape.

My memory of this time is only of his reappearing, everything seemed to be happening so fast - it was always such a blur.

I also remember being on a train with lots of other people, for what appeared to be a long time “that’s what it felt like to me”. Then the train stopped suddenly (someone pulled the emergency cord) and everyone was jumping down onto the tracks. There was a high bank at the side of the tracks and we all jumped down into the adjacent field. Father was carrying Gyula and Mother was dragging me along by my hand. There was a lot of noise - shouting and loud gunfire from the guard towers - and a lot of confusion, but at last, we made it across to the Austrian side of the border. I remember being in the back of the ambulance with my Father, Mother and Gyula. My Father and Mother were both crying and bent over Gyula.

I never saw Gyula again or heard his name mentioned. It was many years later that I found out that Gyula had been shot. He died in the arms of my Father during the crossing.

It was much later that I learned that they were not our biological parents - my biological mother was still somewhere in Budapest. I have no memory of them or know their names. I do not know what happened to them when we left Budapest. All I know is that Gyula and I were both adopted at 17 months old.