Say No to Fraud 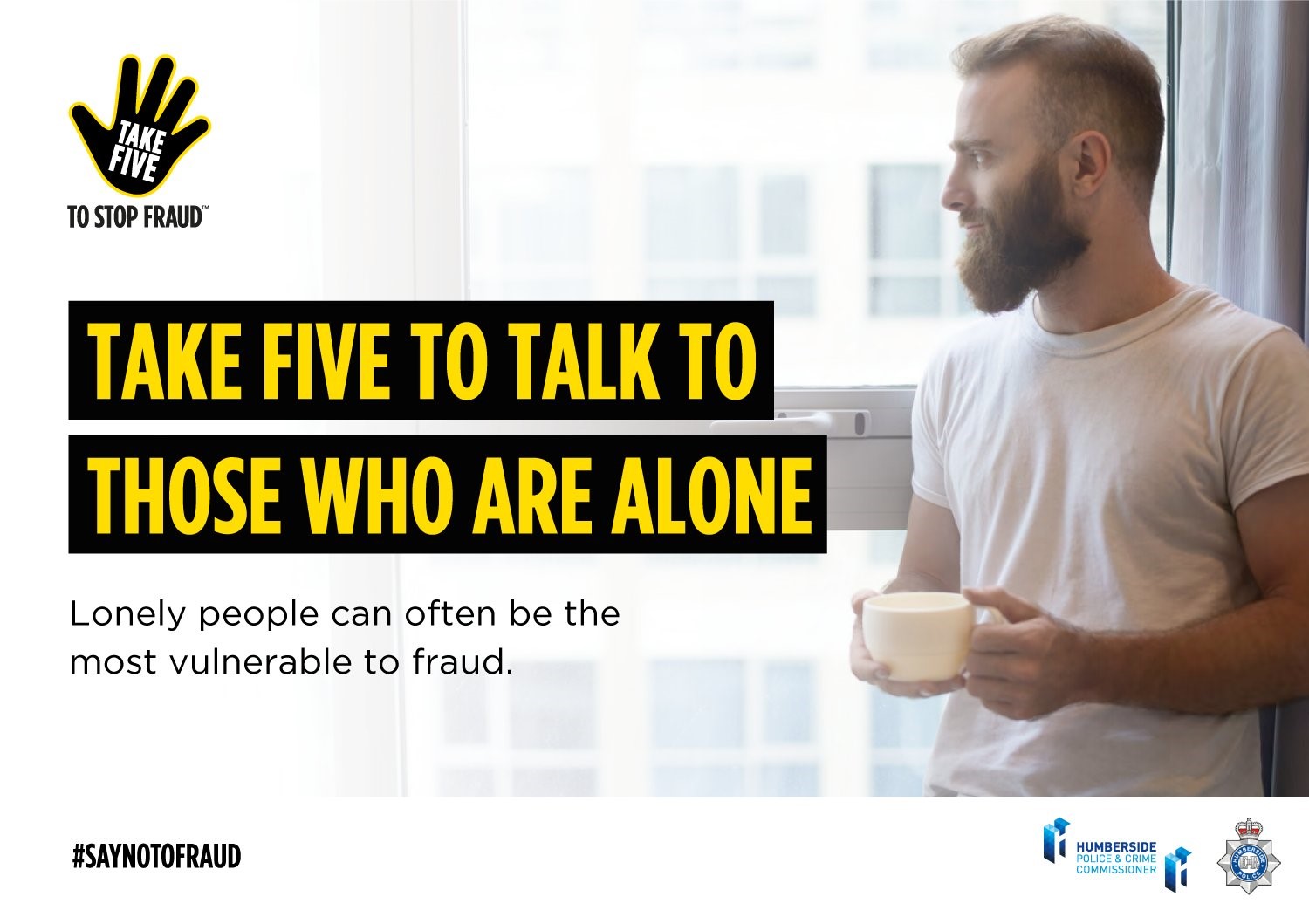 Say No to Fraud

We are supporting a fraud awareness campaign designed to assist people in how to spot the signs and avoid becoming a victim of Fraud.

In the Humberside Police area alone £13.8 million was stolen from 7471 victims between 2019-2020 and impact on a victim of fraud can be considerable from both a financial and wellbeing perspective.

The new campaign, Say No To Fraud, developed by the Office of the Humberside Police and Crime Commissioner features the real stories of local victims of fraud and aims to reduce the number of victims by committing to increase knowledge of the types of fraud, the methods used by the criminals and advice on how to protect yourself and those you love from becoming a victim of these crimes.

It is encouraging local residents to ‘Say NO to Fraud’. That might mean closing the door on a person while you check their credentials, putting the phone down mid-conversation to ring your bank yourself, saying NO to anyone asking for money or bank details that you may have befriended online. It may seem rude at first, but these are serious organised criminals who will be pretending to be someone or something they are not, they are ‘wolf in sheep’s clothing’ at your door, on the phone or online and it won’t matter if you offend them. Genuine agencies will always understand and appreciate your caution.

Residents are also being asked to take 5 minutes to talk about fraud with people you care about. Some victims of fraud are embarrassed and might find it embarrassing to tell anyone, because they feel they have been duped, victims often blame themselves for being ‘scammed’. This belittles Fraud which is a serious crime. It is never the victims fault, they have had their money stolen by unscrupulous criminals who will target those again and again using different methods.

People need to stop feeling embarrassed about becoming victims and take back our right to say no to fraud! Close the door, press delete or hang up on these criminals. More information can be found on social media #SayNoToFraud and online at www.saynotofraud.uk.