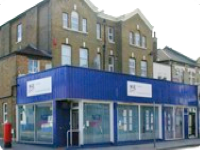 A small steering group of interested people from the Croydon community started working together to create an information and advice service for older people in Croydon, and in November 1995 opened an office in London Road as Croydon Council on Ageing. This location gave easy access to those living in the densely populated North of the Borough in particular.

In July 2010 we became Age UK Croydon, a brand partner of the national Age UK charity.

In May 2012 our London Road office was closed, and most of the services that had been provided from there were moved to Brigstock Road, with the adjoining Scratchley Community Hall which continued to run a variety of activities and social events.

In 2016, Age UK Croydon became a founding member of the One Croydon Alliance alongside the local NHS and Croydon Council.  Focused initially on improving the health and wellbeing of older people in the borough, from April 2018, the Alliance will be extending its remit to consider the health needs of people of all ages in the borough.

We continue to develop our services to support local, older people across the London Borough of Croydon.  We always welcome feedback and comments – please get in touch: