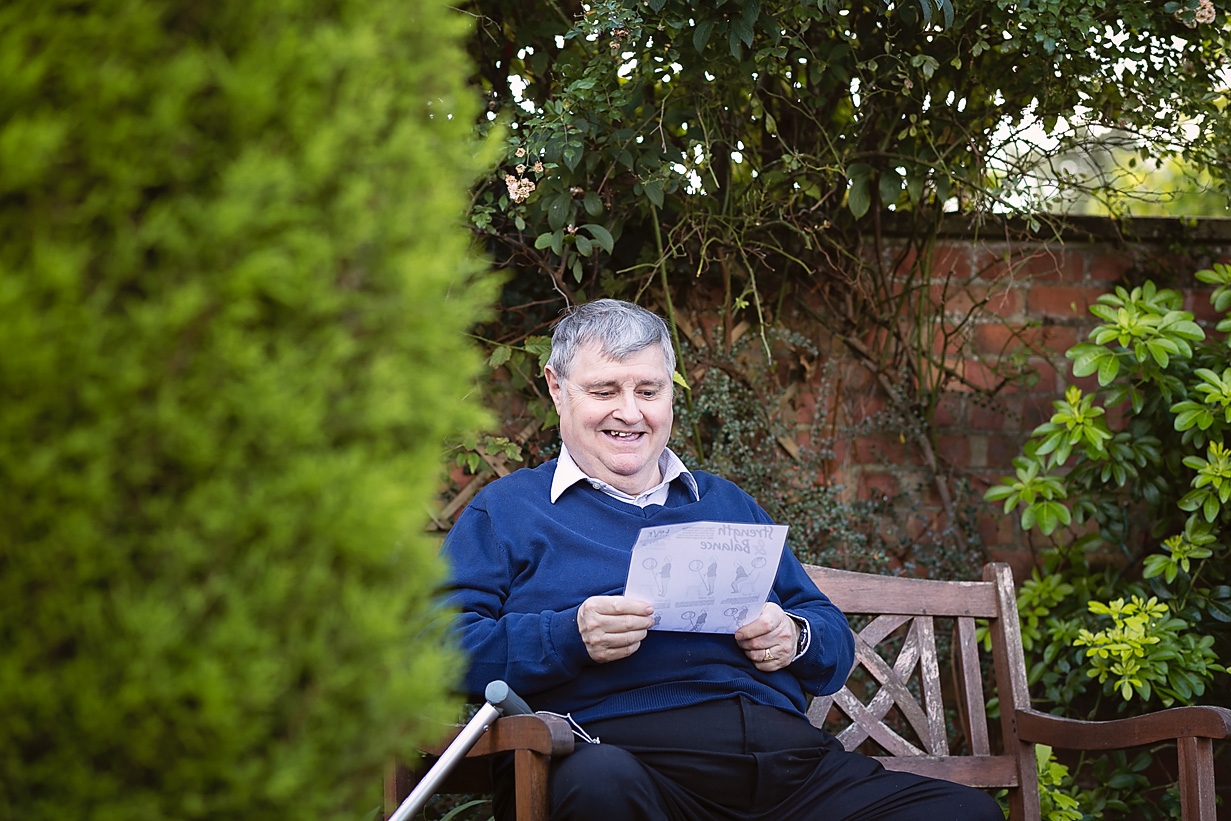 It was over a year ago, pre-pandemic that we started working on this campaign, originally called Living Well, Living Better. Little did we know, when the pandemic hit, that actually being physically active in whatever way you most enjoy, would be more important than ever.

Inspiring others to be active in whatever way works for them was the idea behind this campaign. Here are three uplifting stories of what people in Oxfordshire have done from their own homes to keep active.

We joined an online group exercise class Big Bold and Balance for people living with Parkinson’s to see what they get from their weekly exercise session. Pamela, who attends the group said: “We have lots of laughs don’t we. It’s really good fun, we have a really good time”

We asked the class participants to think about a name for a campaign to inspire others to be more physically active and they came up with: Every Movement Matters! This hits the nail on the head - doing just a little bit is better than doing nothing.

We spoke to Malcolm, a retired minister, who is truly self-motivated and does exercises at home from written sheets and booklets every day – as well as doing laps of his garden (any guesses where the inspiration for this came from..?)

In Malcom’s words: “When you’re not doing the exercises you don’t realise the damage of being inactive, and it happens slowly. Whereas if you can mobilise to the degree [you are able to] you feel physically and mentally better.”

But being physically active does not have to be in the form of organised structured activity, it may also be doing something such as gardening, like Priscilla who lives in Oxford. It keeps her active, is outdoors and does wonders for her mental wellbeing.

“There’s something about being in touch with nature, it’s very healing. Especially when you’re not feeling right, if you’ve had a bereavement or an illness or you just want to think about something. There is nothing quite as good as getting your hands in the soil”.

Read more about each story:

Penny Thewlis, Chief Executive of Age UK Oxfordshire, says: ‘Major Tom inspired the nation with his extraordinary achievements! And at Age UK Oxfordshire we have also been truly inspired by everyday stories people have shared with us through successive lockdowns about how they have managed to stay physically active in difficult times. Malcolm, Pamela, Priscilla and others have told us their stories for our Every Movement Matters campaign in the hope of inspiring people in later life like myself who are not as physically active as we should be!’

Watch Priscilla talk about why Every Movement Matters