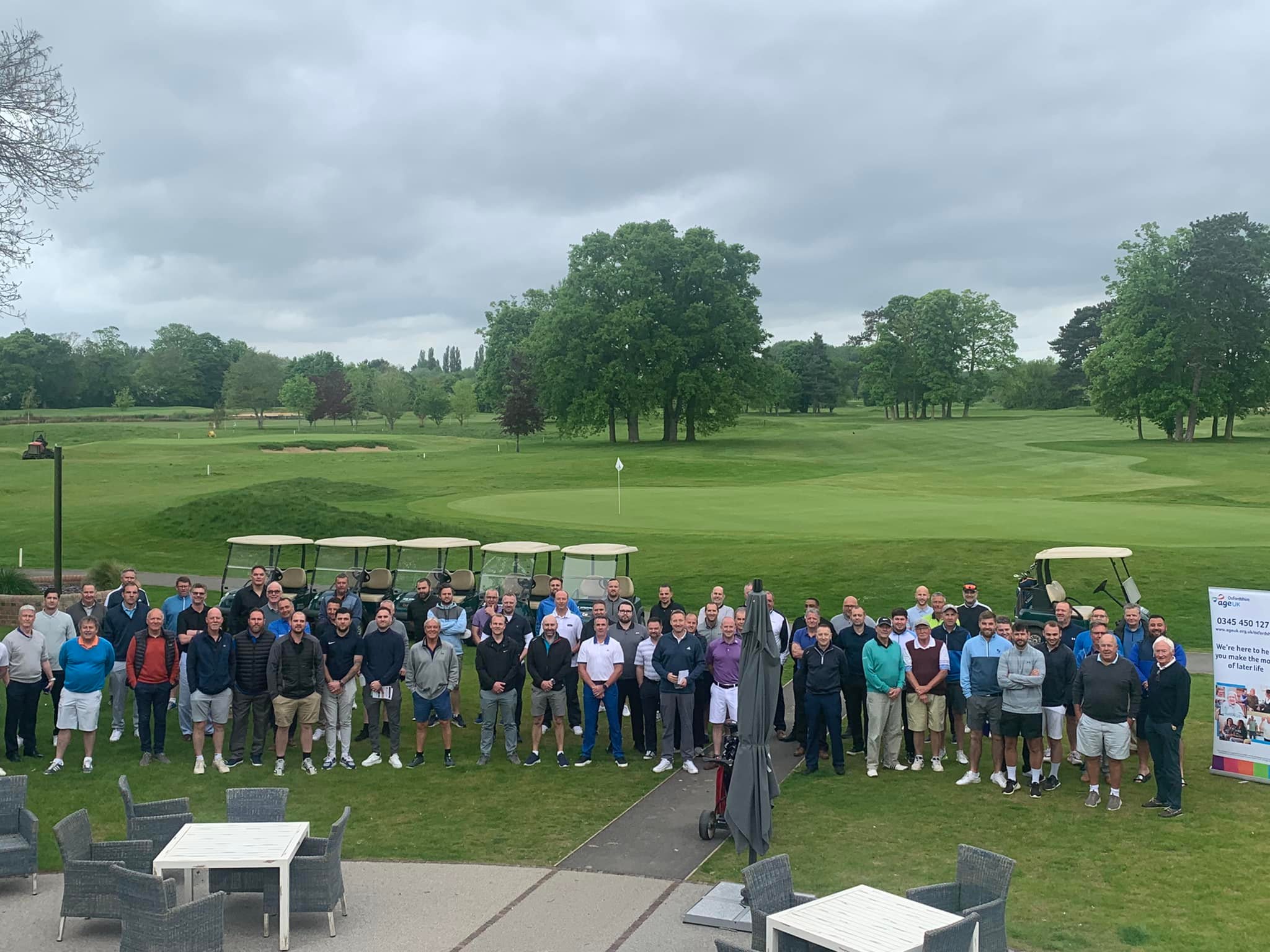 On Friday 13th May, nineteen teams descended on The Springs Resort and Golf Club close to the Thames at North Stoke, near Wallingford, to compete in the Age UK Oxfordshire and Carers Oxfordshire charity tournament. The Springs is a 133 acre parkland course originally laid out by former Ryder Cup captain Brian Huggett, and much improved in recent years.

We would normally hope to run the event annually but it had been postponed twice due to Covid-19. After a bacon roll, beverage and comprehensive briefing, the teams all began at different holes just before 10 o’clock. By starting together the theory is they all finish at the same time.

The day had begun overcast, but by the time teams arrived back at the clubhouse some four hours later the sun had arrived. The golfers changed and enjoyed a well-earned drink on the clubhouse terrace before tucking into a two course lunch.

During the lunch the prizes were awarded. First place went to Rexel with an impressive 99 Stableford points (this is a scoring system that awards points for handicapped scores, but which doesn’t penalise horror holes too severely). Second place went to Lowe & Oliver and third were the Nuaire team.

There were also the customary prizes for longest and straightest drives, plus nearest the pin on a par 3 hole. There was even a prize for the most “mulligans”, a term for a forfeit fee paid to retake a particularly wayward shot.

We would like to thank our kind headline sponsors, Lowe and Oliver, for both sponsoring the event and for ‘encouraging’so many colleagues to participate, CEF for supporting the lunch and for the generous raffle prizes, and Waterside Court Care Homes for their overall sponsorship. Thanks also to All Air Fabrications and SR Commissioning for sponsorships, and to Digipress who printed the programme for free.

Thanks also to the support teams from Age UK Oxfordshire and Carers Oxfordshire. A lot of organisation goes into these days and their hard work certainly paid off. From the patient booking in team, to the mobile refreshments cart (it can be thirsty work out there), to the relentless raffle ticket sellers, it wouldn’t have been so successful without you.

After the meal our chair of trustees, Davina Logan gave a short address to thank everyone for attending and to bring home the impact that everyone’s generosity provided for. Activities such as these are essential to pay for our unfunded services such as Phone Friends and Late Spring, as well as spreading the word to a wider audience. There are often random conversations which lead to offers of help or referrals to one of our services.

The day ended with a raffle and another round of ‘thank yous’. After the expenses have been deducted the two charities made over £6,500 from the day.

Judging by the smiling faces everyone had a good time. There were a few “see you next year” shouts as they left. The planning for next time has already begun!