Living in the Present, Planning for the Future 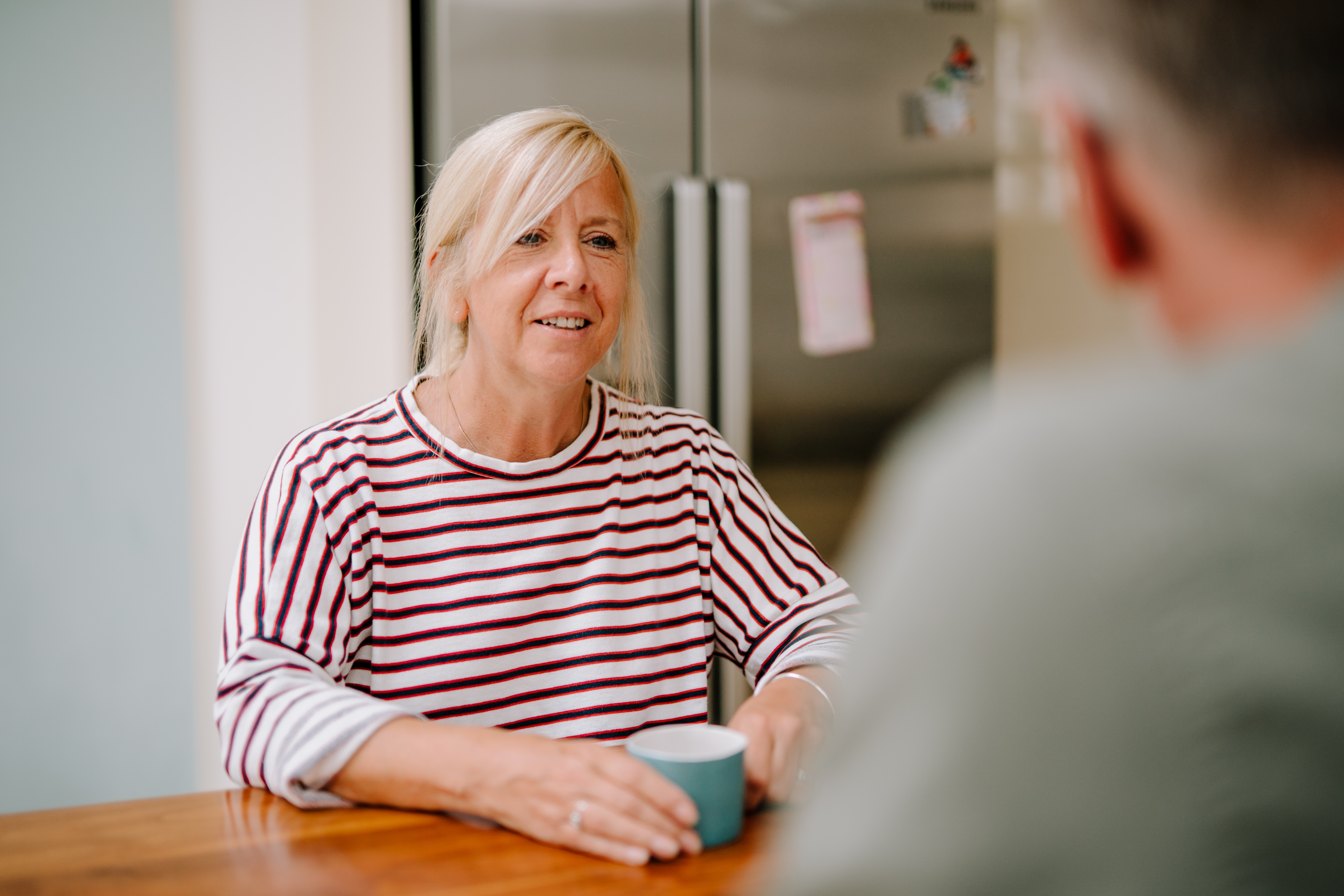 Dying Matters Week: I wish that I had

For Dying Matters Week, two Islington residents have offered to share contrasting experiences of losing a friend or family member.  It highlights the difference that it can make where people have taken the time to record their wishes in an Advance Care Plan and to appoint an Attorney to act on their behalf, if they're not in a position to do so themselves e.g. if they're in hospital.  There has also been a recent article in the Islington Tribune (9.5.22) ‘How end-of-life plan can ease suffering for families’.

The reason why they’ve shared their stories is that they hope that this might inspire others to get in touch with our Future Matters team to get support in setting up Lasting Powers of Attorney, a Will or an Advance Care Plan.  You can book to attend their free online presentations on 16 and 30 June. If you’d like to have a chat in person, you can also meet them at our Future Matters stall as part of Dying Matters Week on Islington Green, Tuesday 3 May. They’ll also be presenting as part of the Age UK Islington monthly Let’s Talk Peer event (join them online or at St Luke’s) on Wednesday 18 May (see the end of this article for more information).

I have an elderly friend who is 88 years old.  When her husband became ill, I asked her the question, “Have you any idea what John would want in the event that he could no longer communicate his wishes?”  She replied that she didn’t and we agreed that whilst he was currently “fine”, it would be a good idea to get his wishes written down on paper.

As a trained, experienced Future Matters volunteer, I know that when it comes to protecting your future wishes for your health and care, if you have discussed and recorded your wishes or those of the people that are close to you, there is a far greater chance of these wishes being met.  It also means that the members of the family that are left picking up the pieces after a death do not have to add to their grief and stress by arguing about or guessing what the person that they cared for might have wanted. It is there written down on paper to guide them.  As a result, it can take away a lot of worry, angst and conflict.  It can also make the grieving process a bit easier, because you feel that you have done what you can for the person you cared for.

Following the conversation with my friend, I sat down with her husband, John, and spent a couple of hours talking with him about what his wishes were.  It sounds like this would have been a potentially difficult, dreary or depressing two hours, but it was none of these things.  It might seem strange, but it is actually something which can be fun.  The conversation is an exploration of what you’re doing now, what you care about and what you’d like to happen, for example in the event that you were critically ill.

Whilst we managed to record a number of John’s wishes, we didn’t quite complete it as he died very suddenly.  Then three months later, his oldest daughter’s husband died.  Two widows from two generations were left having to deal with similar situations.  The difference being that my friend was able to refer to the Advance Care Plan that had gone a long way in recording her husband’s wishes, whereas her daughter did not have the benefit of anything like this to guide her.

The reason why she did not have anything to guide her on her husband’s wishes? As with so many people, this was simply that she and her family had not got round to talking about it.

An Advance Care Plan starts by asking if there’s anything that you’re worried about regarding your future care and/or in the event of being critically ill or dying. This could be about your partner, spouse, dependants, or pets.  It’s an opportunity to be frank about what you want.  In the event that you might not be able to communicate (or you have lost the capacity to speak for yourself), it can provide a carer or a health professional with an insight into who you are as a person: where you grew up, if you worked or how you liked to spend your time, your relationships.  It can also let them know about very practical things about how you would like your immediate environment to be, for example do you like to sleep with your window slightly open or whether you like to start your day with a cup of tea or a coffee.  The plan also provides information about whether you have any disabilities, for instance if you have a mobility or hearing aid.  It will also record how emergency services can get to you in the event of an emergency, e.g. if there is a key holder.  This information can be incredibly helpful to family members and health professionals.

Whilst an Advance Care Plan is not a legal document but it is well respected and very helpful for medical professionals.  The Urgent Care Record that has been promoted by the NHS is very detailed and has the added advantage that on completion, it contains a combination of your wishes, including whether you would want CPR to be attempted, plus medical information (medications and allergies) supplied by your GP.  This comprehensive care plan is then available electronically to all the emergency services (ambulance, A&E, out of hours GP, district nurses etc) should there be an accident or emergency.  We are currently awaiting the launch and information about a new version of an NHS Advance Care Plan.

If you feel strongly enough about receiving treatment or the withholding of treatment, you can also complete an Advanced Decision.  This is something that you might complete with your GP (for their extensive medical knowledge) and they can also witness your signature on this legal document.  Your GP will discuss things like whether you’d want to have more than one course of treatment for a specific condition or under what circumstances you do not want any treatment. This is where a discussion with a medical expert, in advance of any occasion arising, can be hugely beneficial.

Covid 19 has highlighted that none of us knows what is round the corner.

I’d like to tell you the story of my mother. She was in her 70s, in good health, living on her own, and was heading out to the theatre when she was involved in a road traffic accident outside her house. I’d talked to her about her will and knew the care home she would want to move into if she could no longer manage on her own at home, but I think we all assumed that was a long way off. She had no Advance Care Plan and no Lasting Powers of Attorney (LPAs) in place.

Fortunately, when the accident happened, her neighbour was at home and called me to tell me which hospital my mother had been taken to. If she hadn’t been around at the time, who knows when we would have been contacted, as my mother went out with only the bare essentials in her coat pocket – keys, purse, theatre ticket.

When we arrived at the hospital we were told that she had multiple injuries, including several broken bones, internal bleeding and, most seriously, neurological damage. She had not regained consciousness since the accident.

The doctor explained that whilst they could stabilise the acute problems, such as the internal bleeding, and fix the broken bones, if my mother recovered, she would in all probability need round the clock care due to the neurological damage. Despite the absence of a Health & Welfare Lasting Power of Attorney he asked me and my brother what we would like them to do. It was a huge decision to make with no warning, having never discussed such a scenario with my mother, but we decided that she wouldn’t have wanted her life prolonged given the prognosis, and she died peacefully soon after being taken off life support.

If my mum had made an Advance Care Plan we wouldn’t have had to make such a momentous decision for her. And if she had survived, but had lost capacity to communicate her wishes, neither she nor we would have had any say in her treatment.  We were lucky that the Doctor asked our view and acted on it, as legally we had no say because my mum had no LPAs in place.

Living in the Present, Planning for the Future

If you’ve been inspired by these to take action to record your own wishes or those of someone who you care for, a good starting point is to join us at one of a number of upcoming information events in May and June that have been organised by the Future Matters team!

Discuss any questions that you might have about End of Life Planning, Wills, Lasting Powers of Attorney, Advance Care Plans and chat to a Future Matters Volunteer at Islington Green Park (Essex Road/Upper Street).

How to book? No need to book, just come along and talk to us!

Future Matters service will be presenting 'Living in the Present, Planning for the Future' introducing why it's important to record your health, care and financial wishes and those of friends or relatives that you care for.

3. Wills & Lasting Powers of Attorney (“LPA”) – make sure you have a spokesperson and your wishes are known.

4. Develop your unique Advance Care Plan – record your wishes and vital information in one place.