Reaching out across the generations 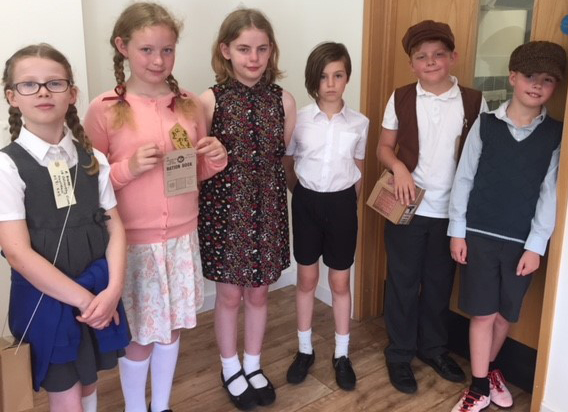 A group of young evacuees from St John's Primary School in Keynsham arrived at our Keynsham Day Centre recently to hear about our members' wartime experiences.

Ken, 94, told the amazed children about being a wireless operator on board a ship that was blown in two, while Betty reminisced about living on the Lizard in Cornwall where mines were buried on the beach in case of invasion. Unfortunately, the family's sheep strayed onto the beach and were blown up!

The children's visit to the Day Centre was their final one of the school year. It's been wonderful to see such warm relationships develop between some of the youngest people in Keynsham and some of the oldest.

Meanwhile some of our older people, along with pupils from St Andrew's School in Bath have been learning about the struggles of the suffragettes a century ago.

Organised by the Bath Preservation Trust to commemorate a century since women were given the vote, they took part in craft activities and talks together, rounded off with a march around the Royal Crescent. 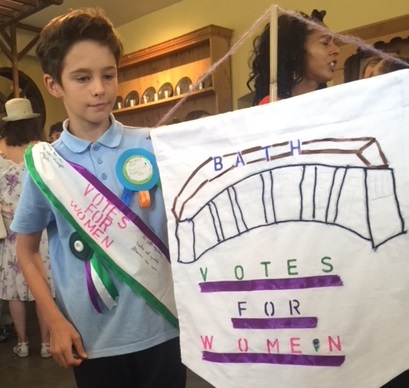