Cycle ride from London to Paris in memory of much loved Exeter legend, John Poustie 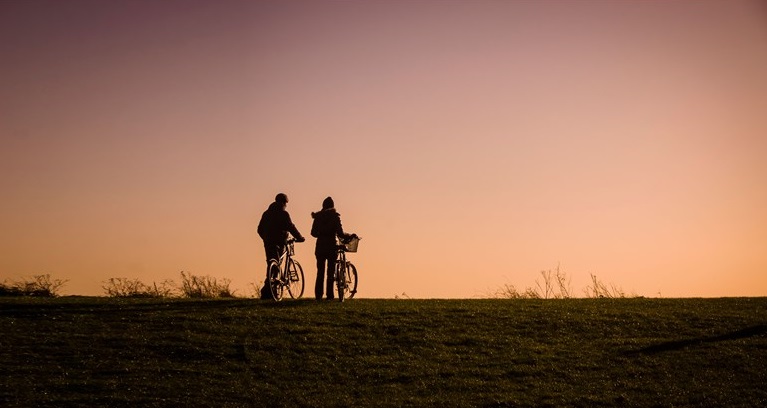 Jeremy Newcombe and Stephen Arnold are cycling to Paris 25th to 29th July in memory of John Poustie to raise funds for Age UK Exeter's Dementia services who supported John in Later life.

"John Poustie was an extraordinary character. I played rugby with him at Torquay Athletic where his skills as a thinking man's fly-half and an after game socialite became legendary! He was the worst driver I have ever met and he commonly fell asleep over his plate of curry after a few evening drinks, but he was the most upbeat and positive man and his company was always special and memorable.

I am cycling from London to Paris with my great friend Steve Arnold in memory of John and particularly to raise funds for Age UK(Exeter) who were very supportive of John and his family after John diagnosis of Dementia and his retirement from teaching at Exeter School. Sadly John died last year." -Jeremy Newcombe

John and his family were supported by our enabling team, he went to our reading group, history group, budding friends group and latterly Park Club.

Penny Ullet, our Dementia and well-being coordinator said of John; "John was so many things. He was witty, cheeky, friendly, intelligent, a raconteur, a sportsman and generally great fun. He was a huge part of the Budding Friends group, he was loved and is greatly missed - A truly unique gentleman."

If you would like to donate please go to Jeremy's Just Giving page here.