Help us to continue our support of vulnerable, older people in Exeter during this crisis. Thank you!

Exeter Men in Sheds was congratulated by Camilla, Duchess of Cornwall, when she visited Exeter Cathedral on Monday to celebrate Exeter being named by Unesco as a City of Literature. Shedders Martyn Liddon and Ray Smart showed the Duchess the splendid bus library constructed by Age UK Exeter’s Men in Sheds project and commissioned by Stagecoach for the new bus station which opens on 25th July. It will be part of the Little Free Library initiative providing a book exchange service for travellers visiting the bus station. The bus was built by Shedders Alan Mills and Ray Smart and painted by John Bridges and the project was co-ordinated by Martyn Liddon, one of the lead volunteers at the Shed. Martyn presented the Duchess with a candle stick holder fashioned by fellow Shedder Paul Hayward 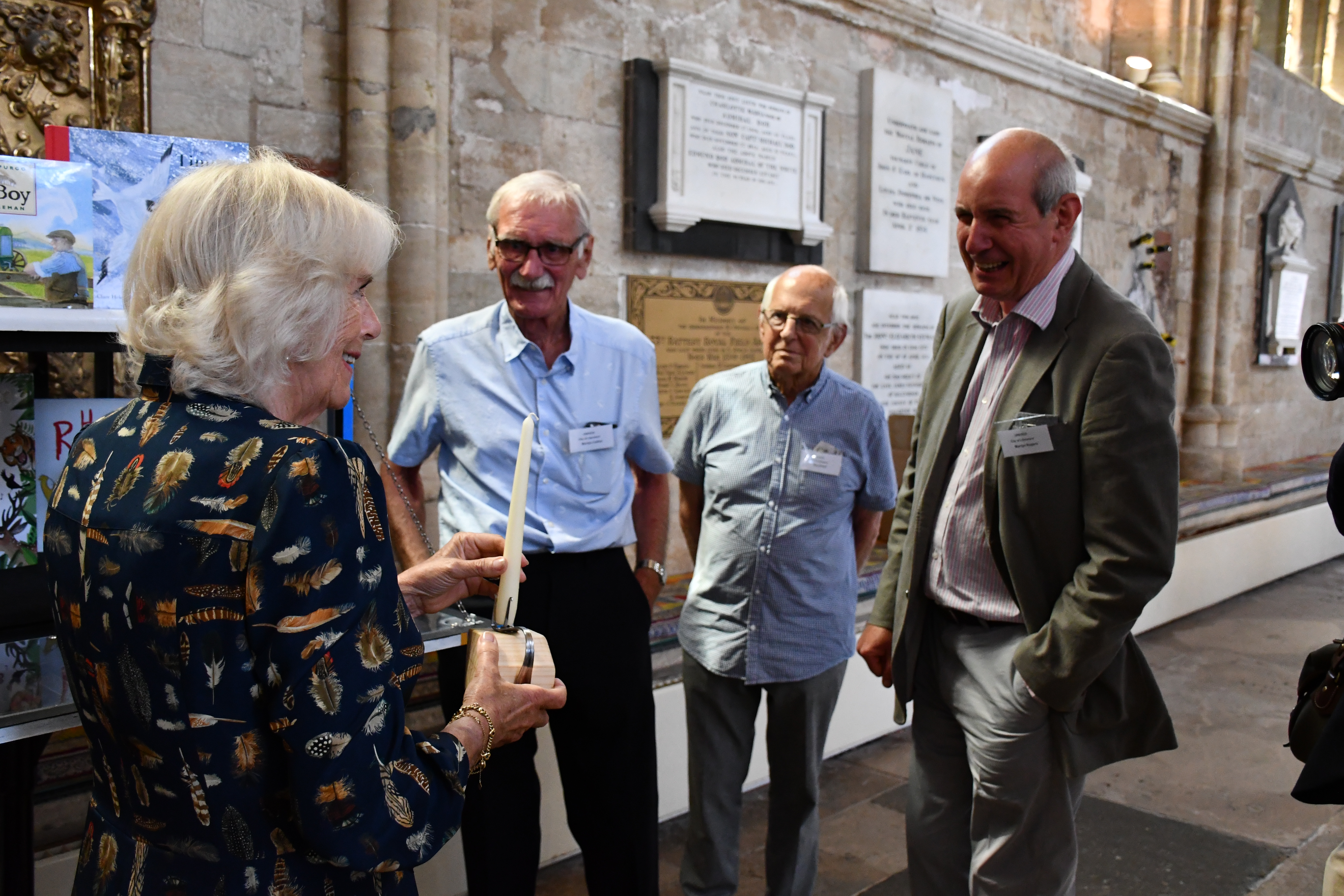 (Shown in the photo talking to the Duchess are Martyn Liddon and Ray Smart of Men in Sheds and Martyn Rogers, chief executive of Age UK Exeter)

Our Board of Trustees are delighted to announce the appointment of Nicky Flynn as our new Chief Executive. Nicky will succeed Martyn Rogers, our current CEO, who will be retiring at the end of September after nearly 30 years at the helm. Nicky is currently the chief executive of a charity for homeless people in London. She will take up post on 4th October following a handover with Martyn during September. Nicky has over 30 years’ experience in the voluntary and public sectors as both a provider and a commissioner and was the Services Manager and deputy CEO for Age Concern Dacorum in Hertfordshire from 2000 to 2009. We look forward to Nicky leading us into the next chapter of our life as we rebuild our services following the impact of the pandemic.

How you can help us

How we can help you

Need a bit of help with your finances or to navigate the benefits system? Please call 0333 241 2340 where one of our friends at Age UK Devon Information and Advice team will be able to assist you with your enquiry.

Find out how we can help you get the most from life. Whether you are interested in finding out about our services and activities for yourself or someone else, we're here to help.

We have a number of classes and groups and activities happening throughout Exeter. Find out more about our exercise and movement classes and get involved!