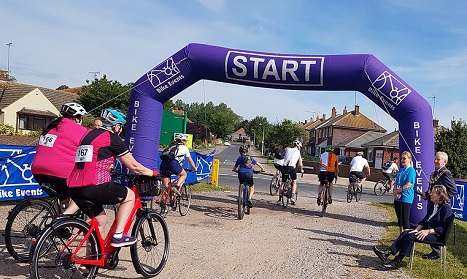 Age UK Hillingdon, Harrow and Brent has fantastic staff, volunteers and friends who go the extra mile to make later life better for the residents within our area. Raising money by undertaking sponsored events is just one way and we value each penny raised. Spring is on its way now, so time perhaps to dust off those bikes and consider doing a sponsored cycle ride for us! 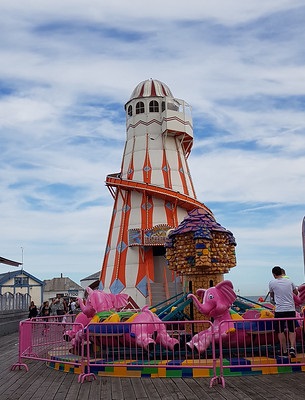 In July 2019, Jackie James from our resources team, did just that. She cycled over 60 miles, on a rickety heavy bike against a head wind. She had the dubious honour of having "number 1" pinned  to her back, which was ironic as she was the last one back. The guys on their speedy, light bikes, had great fun greeting her as they overtook her at speed and gave her lots of encouragement. She raised £80. 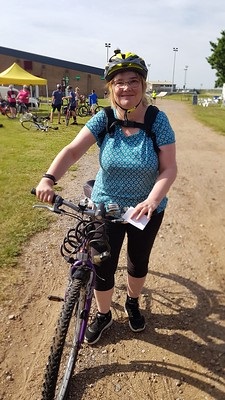 The fundraising manager from the Essex Wildlife Trust waited for her at the end, despite knowing Jackie was not raising money for their charity as she signed up while it was an "open event"

She said after the event  "Undertaking a sponsored cycle ride is  a great way to force you to get  on your bike and get fit, with the extra advantage of raising much needed funds for vulnerable older people at the same time. It felt like a real achievement, however I have now come to understand how difficult it is to cycle against a head wind"

She is considering doing the slightly shorter London to Windsor ride on the 6th September 2020 for Age UK HHB. If anyone would like to join her do let Wendy Snelling, our fundraiser know by emailing her on fundraising@ageukhhb.org.uk