We have a NEW fundraising initiative over Captain Tom’s birthday weekend of Friday 30th April to Bank Holiday Monday 3rd May to celebrate his life and amazing achievements. The Captain Tom 100 invites people from all over the world to take on a challenge based around the number 100 to raise funds for us.

Following the outpouring of heartfelt messages since the death of Captain Sir Tom Moore on the 2nd February, his family pledged to celebrate his life with an event that everyone, in the UK and around the world, could be involved in. That event is the Captain Tom 100 and we are proud to be inviting our supporters to take part.

Age UK Hillingdon, Harrow and Brent, like many other charities, has been hugely impacted by the Covid-19 pandemic. It’s had a catastrophic effect, with the cancellation of thousands of fundraising events and the loss of billions in income. The Captain Tom 100 offers Age UK Hillingdon, Harrow and Brent supporters, of all ages and abilities, the opportunity to raise crucial funds for our charity, while at the same time celebrating Captain Tom’s generosity of spirit, the hope and joy he brought to millions, and his sense of fun.

How does it work?

It’s so simple. All participants need to do is dream up a Captain Tom 100 challenge based around the number 100 and do it at any time and anywhere over Captain Tom’s birthday weekend – starting on Friday 30th April through to Bank Holiday Monday 3rd May.

Once supporters have chosen their challenge, they can fundraise or donate to Age UK Hillingdon, Harrow and Brent and share their 100 on social media, using #CaptainTom100 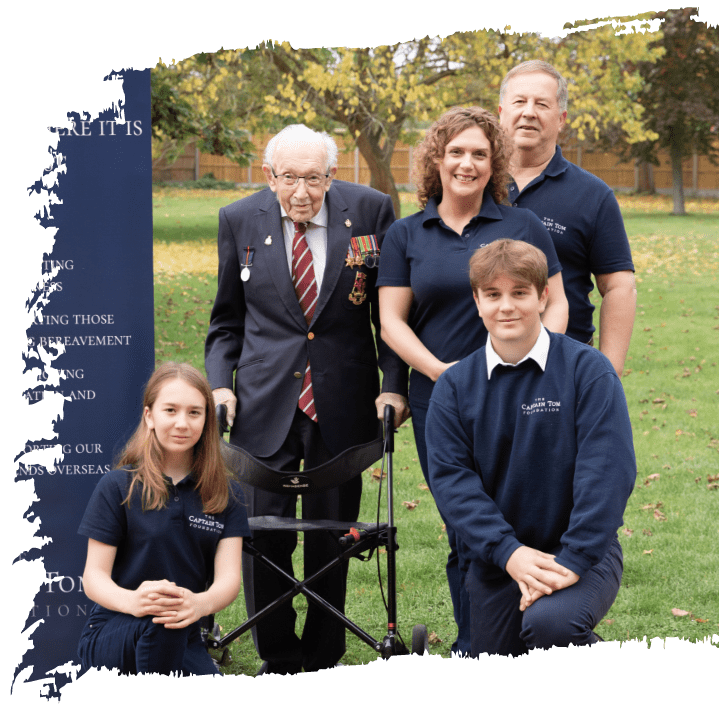 Captain Tom’s daughter, Hannah Ingram-Moore, said: “We are so grateful for the incredible support we have received since my father started his record-breaking fundraising walk and that his message of hope was shared with the world. Captain Tom was very proud to be able to leave behind the growing legacy of his Foundation. We know he would love the idea of inviting everyone to get involved and share their Captain Tom 100 so that together we can ensure ‘Tomorrow will be a good day’. We look forward to celebrating with you on what would have been his 101st birthday weekend. It’s going to be fun!”

Do it your way!

Together we can ensure Captain Tom's legacy lives on.