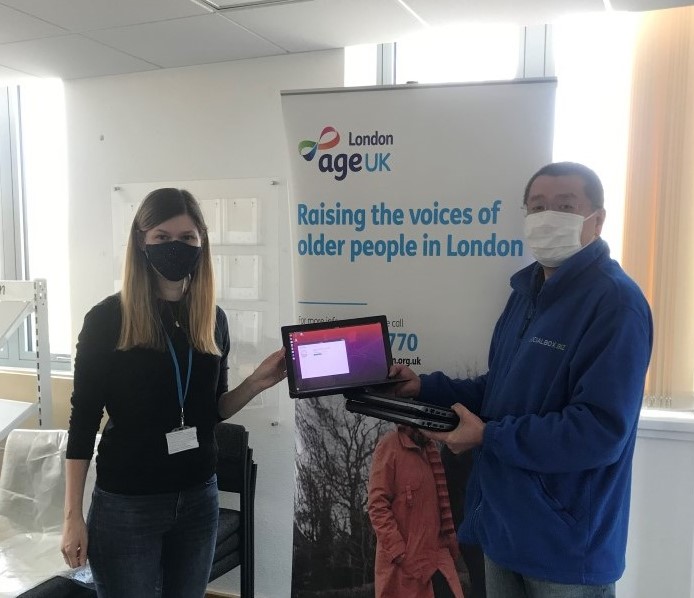 The global pandemic has shed a light on how vulnerable we are, with some parts of society feeling this more acutely. One such example is digital exclusion – those without access to the internet and computers.

Older members of society are particularly exposed here. According to recent figures from Age UK, 51% of all digitally excluded people in the UK are over the age of 65.

While most people probably took for granted their ability to stay connected with loved ones over Zoom, a lot of older people, as well as other vulnerable groups, were not afforded such a luxury. Not only that, but a lot of them were exposed to loneliness like never before. Figures from Age UK already showed that pre-pandemic more than 1 in 3 over-75s reported that feelings of loneliness were outside of their control. Unfortunately, the pandemic simply served to exacerbate the problem.

In 2016, I started an initiative distributing free laptops to older people, the homeless and refugees, via partners like Age UK London. We work with businesses and individuals to collect their old unused laptops and computers, securely wipe all data, and install open-source software. We also provide tutorials to the recipients of the laptops and computers to support those who may feel daunted about using them.

I’m really proud of the difference we’ve made so far, and we’ve had some heart-warming stories filter through from colleagues at Age UK London. One person was able to join a Zoom meeting for the first time and take part in a virtual ‘coffee morning’ with friends. While another lady was able to watch YouTube videos of her favourite singer. We even set her screensaver with an image of the singer, which was a nice surprise when she turned on the device!

I am sad to say it has taken a global pandemic to show what can happen when we don’t address the digital divide, but I’m probably more hopeful than ever that we can turn things around. We have had some great support from businesses and individuals, including the Mayor of London, as well as the CBI, who donated the latest batch of computers we delivered to Age UK London recently.

If you would like to donate any unused technology or support the initiative in other ways, please do get in touch.