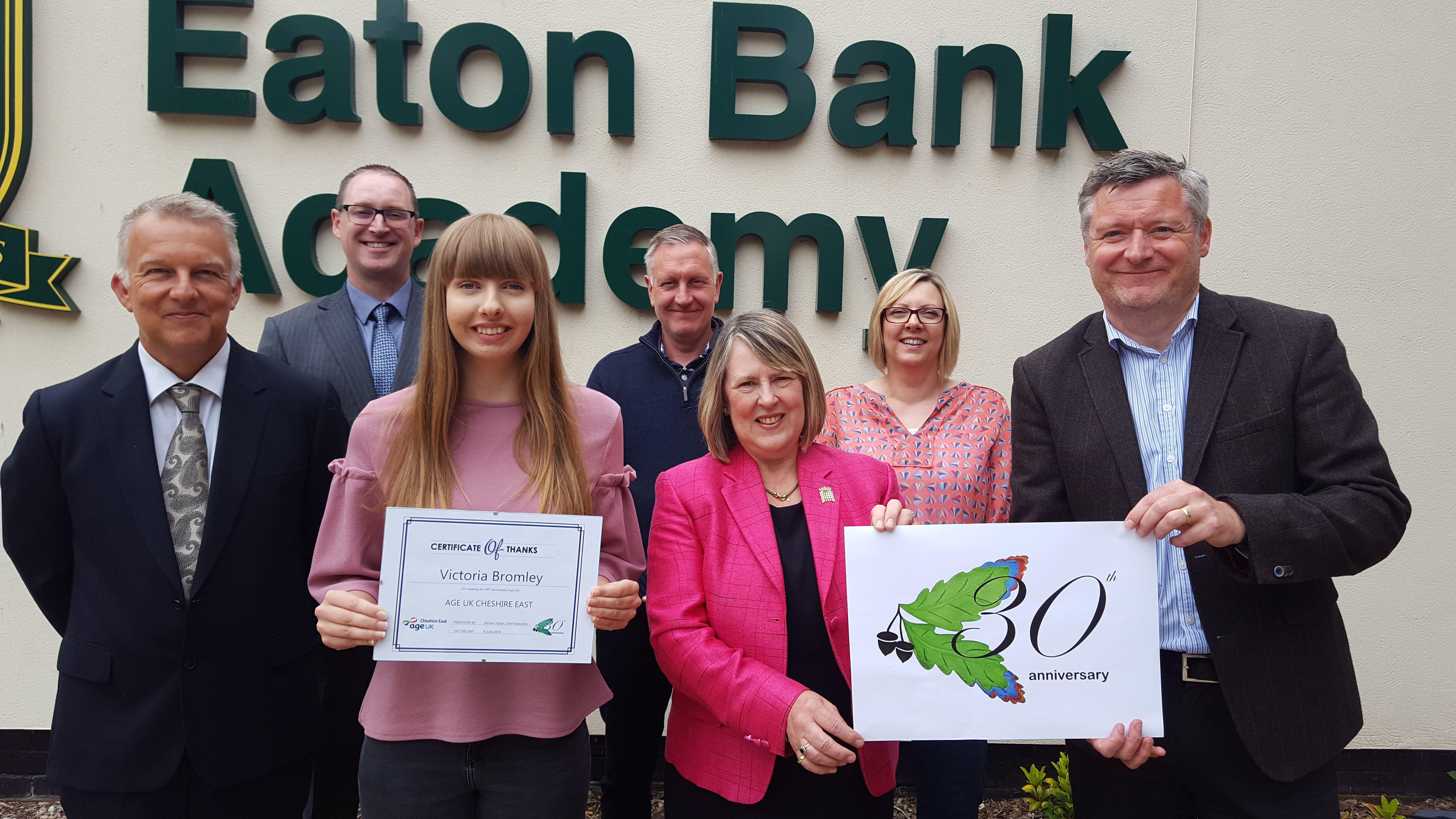 Age UK Cheshire East has unveiled a new anniversary logo to celebrate its 30th birthday, designed by a student from Eaton Bank Academy in Congleton.

To mark the charity’s 30th anniversary, the charity approached a number of high schools to see if they would be interested in taking part in a competition with their A Level design students.  Eaton Bank Academy in Congleton was the first to come forward and offer to present the concept to its students.

The charity was keen that the logo should represent the positive aspects of ageing, and not reflect the view often held by many that ageing was a negative thing.  Age UK Cheshire East celebrates later life and works with older people to improve their independence and therefore it was important that any such logo should reflect this.

A number of designs were presented to the judging panel, which included the Chair of trustees and a volunteer.  The unanimous decision was a design by Victoria Bromley, a Year 12 student, as the Panel felt it represented a very positive image of later life and it was clear that Victoria had fully understood the brief which was reflected so well in her design.

Victoria was presented with a prize and certificate for her design at a ceremony which was also attended by her parents, local MP, Fiona Bruce, and the Academy’s Headteacher, Mr O’Neill.

Victoria commented “I really enjoyed the challenge of designing the logo.  I wanted to create a positive, inspiring and uplifting logo which helps celebrates the 30th anniversary of Age UK Cheshire East.  My design is based around the image of an oak leaf, which I chose to represent age, beauty and nature.” Reflecting upon her winning design, Victoria said she was “delighted and very proud” to have been selected as the competition winner.

Fiona Bruce MP commented, “This is a lovely design which speaks so clearly of the importance of younger people and older people having positive relationships and the enduring support which Age UK Cheshire East has provided in this area for three decades. I was particularly impressed by the thought and care which Victoria put in to creating the design with the stability and endurance of an oak tree, combined with the young life and promise of the acorns.”

The design (shown in the photograph above being held by Fiona Bruce MP and Damon Taylor) will now feature on the Charity’s website and printed material during its 30th Anniversary year through to May 2019.