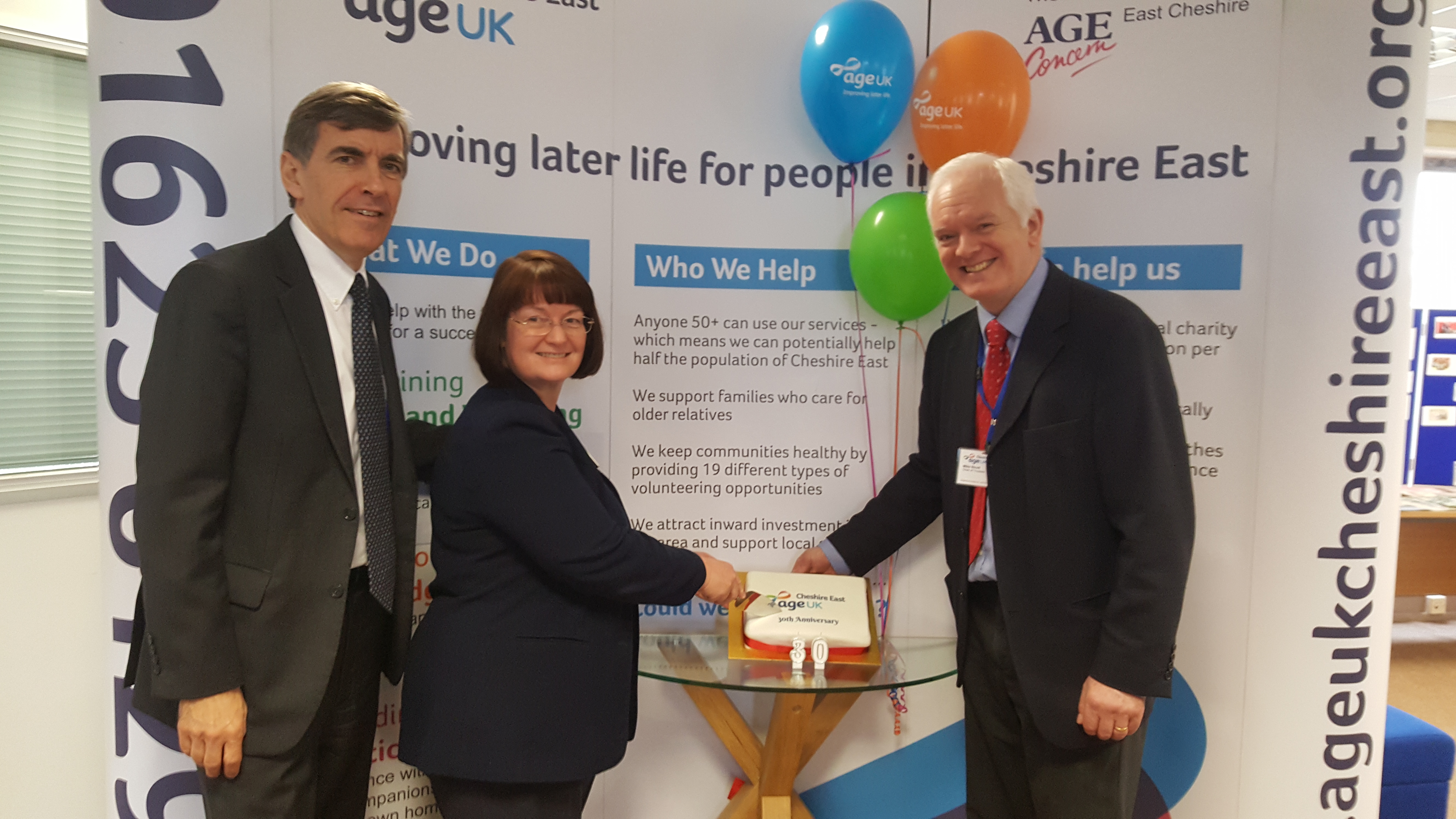 The local charity, which was originally formed back in May 1988, was established as ‘Age Concern Macclesfield District’, and following a number of name changes through the years, now trades as Age UK Cheshire East.  The Charity helps support over 6,000 local older people each year, through a range of services including Dementia Support; Information and Advice; Help at Home; Joining Forces; and Men in Sheds.

Those attending the event, held at the Charity’s offices in Henderson Street, Macclesfield, on 27 April, heard about the significant impact of the charity’s work, and the real difference that the support provided through its services has had on local older people.

The event also provided an opportunity for the Charity to unveil its new Business Supporter initiative, aimed at raising essential funds for the charity through the development of a mutually beneficial relationship with local businesses.

David Rutley, MP for Macclesfield, was present at the event, and as well as being invited to cut a 30th anniversary cake alongside Councillor Janet Clowes from Cheshire East Council and Mike Strutt, Chair of Trustees at the Charity (picture enclosed), heard about the outcome of a ‘design a 30th anniversary logo’ project which had been run in conjunction with Eaton Bank Academy in Congleton.  The winning design will feature on the charity’s website and correspondence during its anniversary year.

David Rutley commented “It’s great to hear about the success that Age UK Cheshire East has achieved over the last 30 years. I know first-hand that they have been able to provide some really valuable support for many local residents over the years.  I am also encouraged to hear that through activities such as their high street shops, furniture showroom and the new Business Supporter initiative, that Age UK Cheshire East is looking to diversify its income streams to ensure the longer term viability of the charity, which can only be good news for local older people.”

All money raised by the Charity is spent locally and helps support older people in Macclesfield and other towns across Cheshire East.