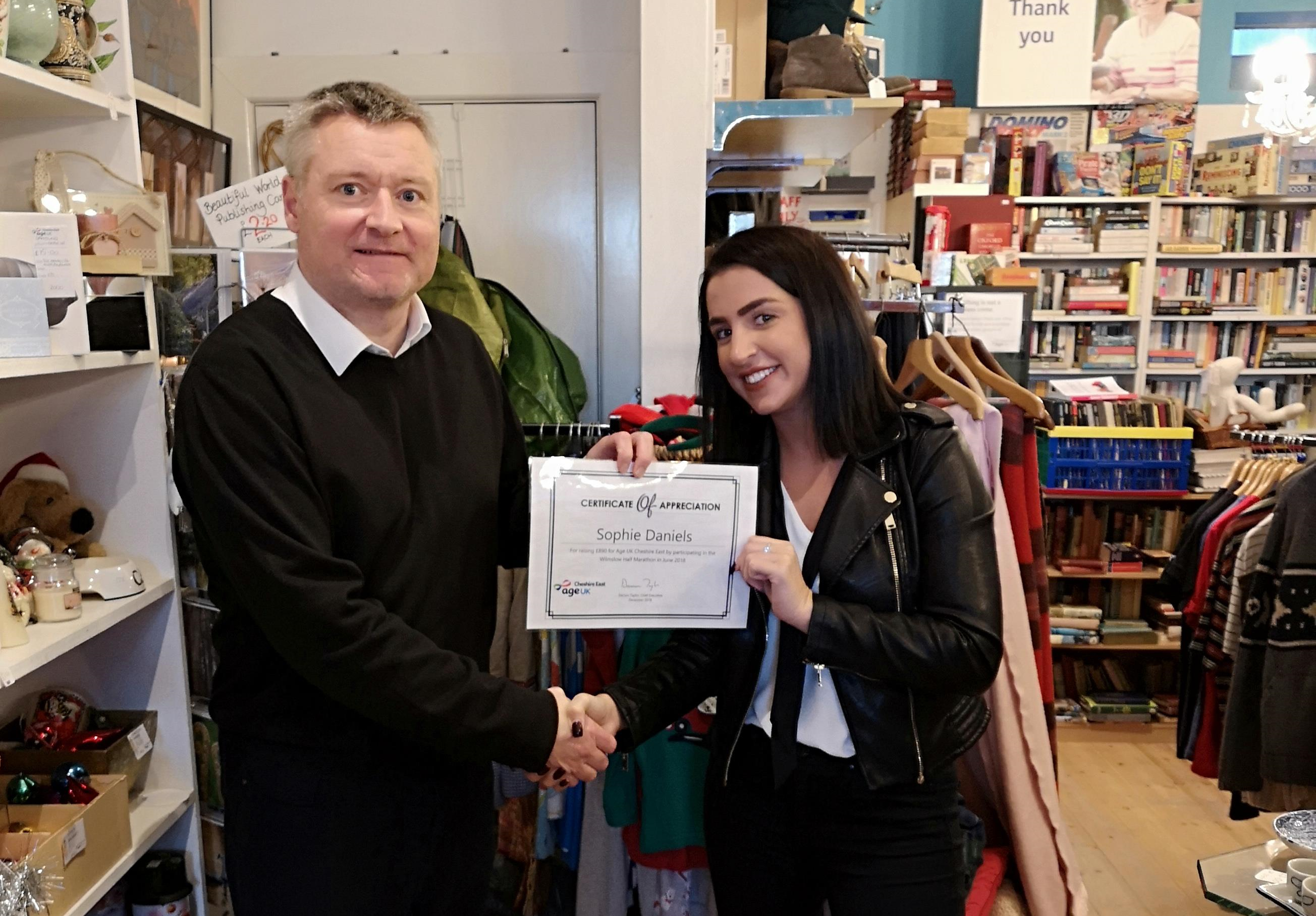 Local Wilmslow resident Sophie Daniels has been inspired by her 94-year-old grandma, Alma, to get active and raise vital funds for Age UK Cheshire East to help it support local older people.

When Sophie’s beloved grandma and her family took the very difficult decision that Alma could no longer live independently due to her increasing needs, Sophie was moved to think of all those older people who weren’t so lucky to have people around them and don’t have the support when its needed most.

Sophie commented “My grandma was so lucky to be able to live independently for so long, but it just made me feel so sad for those many older people who don’t have someone around them and who struggle to manage everyday tasks without help. So I decided I needed to do something.” 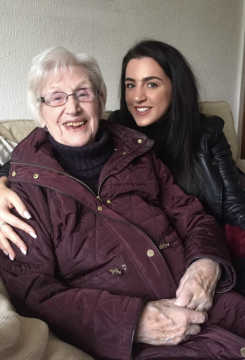 Sophie got in contact with Age UK Cheshire East to see if there was anyway that she could help support local older people. Unfortunately, due to her busy work commitments, Sophie was unable to allocate time to volunteering during the week, but instead she suggested raising funds for the charity to help with their vital work with local older people.

So back in June, Sophie ran the Wilmslow Half Marathon, completing the 13 miles in just over two hours, and in the process, raised £890 for the charity. Sophie recently met the Charity’s Chief Executive, Damon Taylor, at the Charity’s shop in Alderley Edge, where she handed over the cheque for the cash raised.  Damon said “Having the support of people like Sophie is so important for us as a local charity. We rely so heavily on local fundraising and income generation to ensure we can continue to support so many local older people, and Sophie’s fundraising will make a big contribution towards our efforts.”

Sophie was so inspired by her fundraising that she now plans to do it all again next year, with another stab at the Half Marathon. “Now that I know what to expect, I’m going to give it another go, and hopefully raise some more cash for charity in the process!”

If you would like to help fundraise for Age UK Cheshire East, please get in touch with us today!