Gordons LLP have so far generated more than £2,500 to support Age UK Bradford District during the pandemic. Over £1,000 was raised by setting each other a variety of inventive and creative challenges.

One of these was the firm’s take on the 2.6 Challenge, which was launched to help charities continue to raise money despite the impact of COVID-19.
This saw Gordons people and their families doing various challenges including a handstand for 2.6 minutes, wearing 26 items of clothing at the same time, sponsoring their children to be quiet for 26 minutes and undertaking a 26-mile cycling time trial. Money was raised by sponsorship and forfeits being paid.

Earlier this year the organisation also took part in their ‘Big Virtual Walk’, where teams walked just under 7 million steps between them and raised £2,427

The fundraising efforts of organisations are vital in the survival of our charity, even more so during such challenging times that we are currently in.

If you would like to nominate your workplace to be involved in fundraising for Age UK Bradford District as your Charity of the Year or for any one off fundraising, please get in touch.

Morrisons Enterprise 5 support through the pandemic 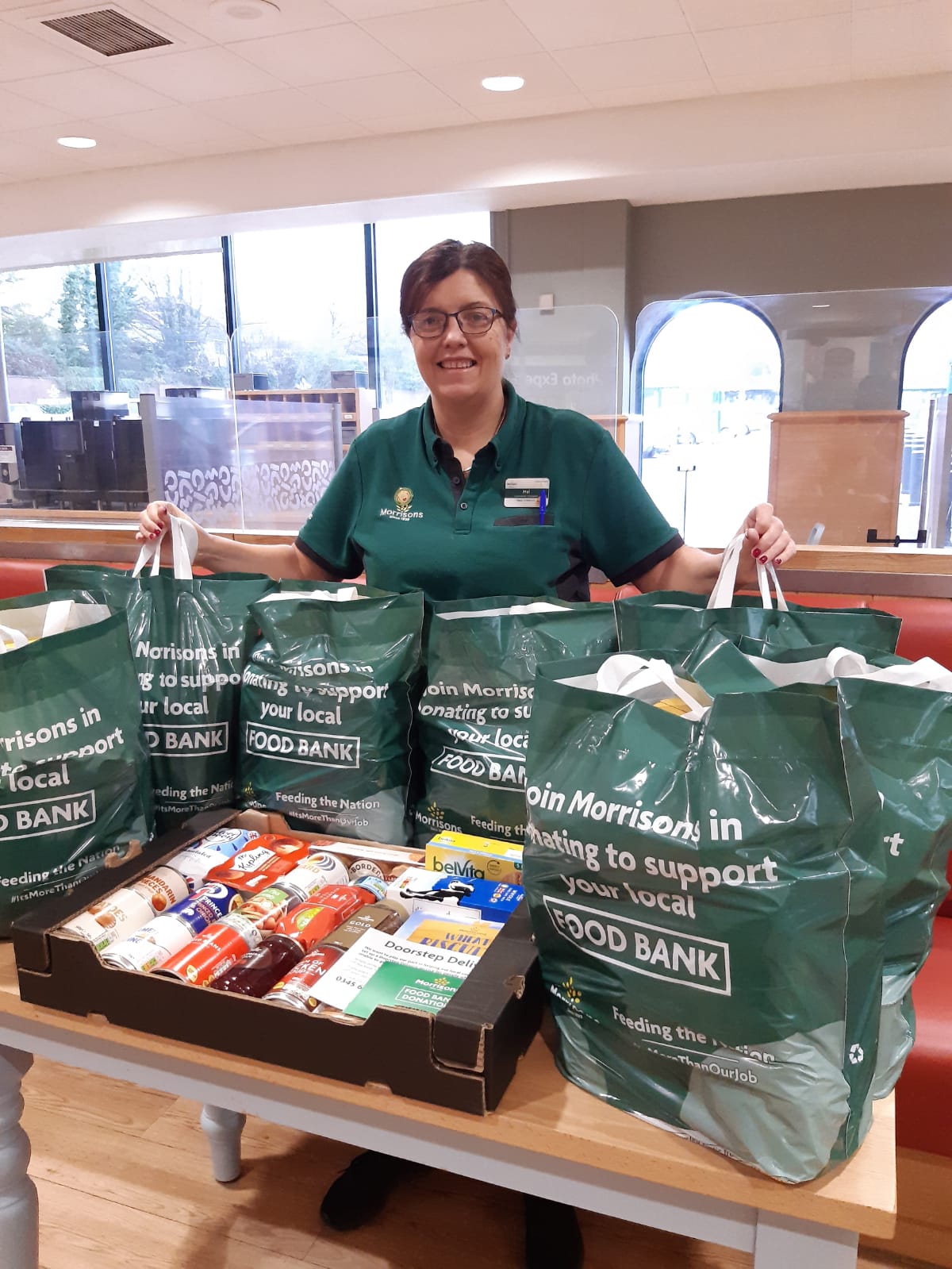 Mel Sheridan, Community Champion at Morrisons Enterprise 5 in Bradford, has long been a supporter of our work in Bradford District.

Before the pandemic began she worked with us to set up weekly coffee and chat groups in the store. These groups provided older people with much needed social contact with more and more people joining as the group grew organically. Friendships formed at Morrisons Coffee and Chat often prompted new groups and activities to be created, such as a cinema club and a swimming group.

In March, as the COVID-19 pandemic led to a national lockdown, demand for support for vulnerable people rose to high levels. As queues grew and delivery slots for online shops vanished, Morrisons set up an order line for vulnerable people, simplifying getting essential groceries to those most in need. There is no minimum order, no delivery charge for older people and payment is made when the goods are delivered on the doorstep. People can order as they would usually in store. The social aspect of a regular delivery from the same person is well received.

More information on the Doorstep Deliveries can be found here

Things were difficult for most people during lockdown but Morrisons Enterprise 5 and Age UK Bradford District worked closely to support some of the most vulnerable people in Bradford District.

When Age UK Bradford District became aware of someone in need, we could contact Mel, who would make up food parcels based on their needs and a delivery could be made by our staff or volunteers within 2 hours of a request.

Morrisons Enterprise 5 went even further than supplying food parcels for people that we knew needed them. They distributed food parcels and had chats with 100 older people and those shielding, people they found via community links with churches, charities and regular shoppers.

Mel says “having a chat with a recognisable face was just as important as delivering their shopping. The lack of social contact was something we wanted to help with, just as much as making sure people had enough to eat”

We have food parcels made up of enough essential items to last someone a few days including tinned items making up a full meal. These parcels are easily accessible by our staff so they can be delivered upon request to vulnerable older people who are in most in need.

“Having the parcels made up and ready to go means there is little delay in providing much needed supplies to people who sometimes are in desperate need of help. Mel and Morrisons have been amazing in continuing to show their support for the charity” explained Mandy Tennant, Personal Support Navigator at Age UK Bradford District. 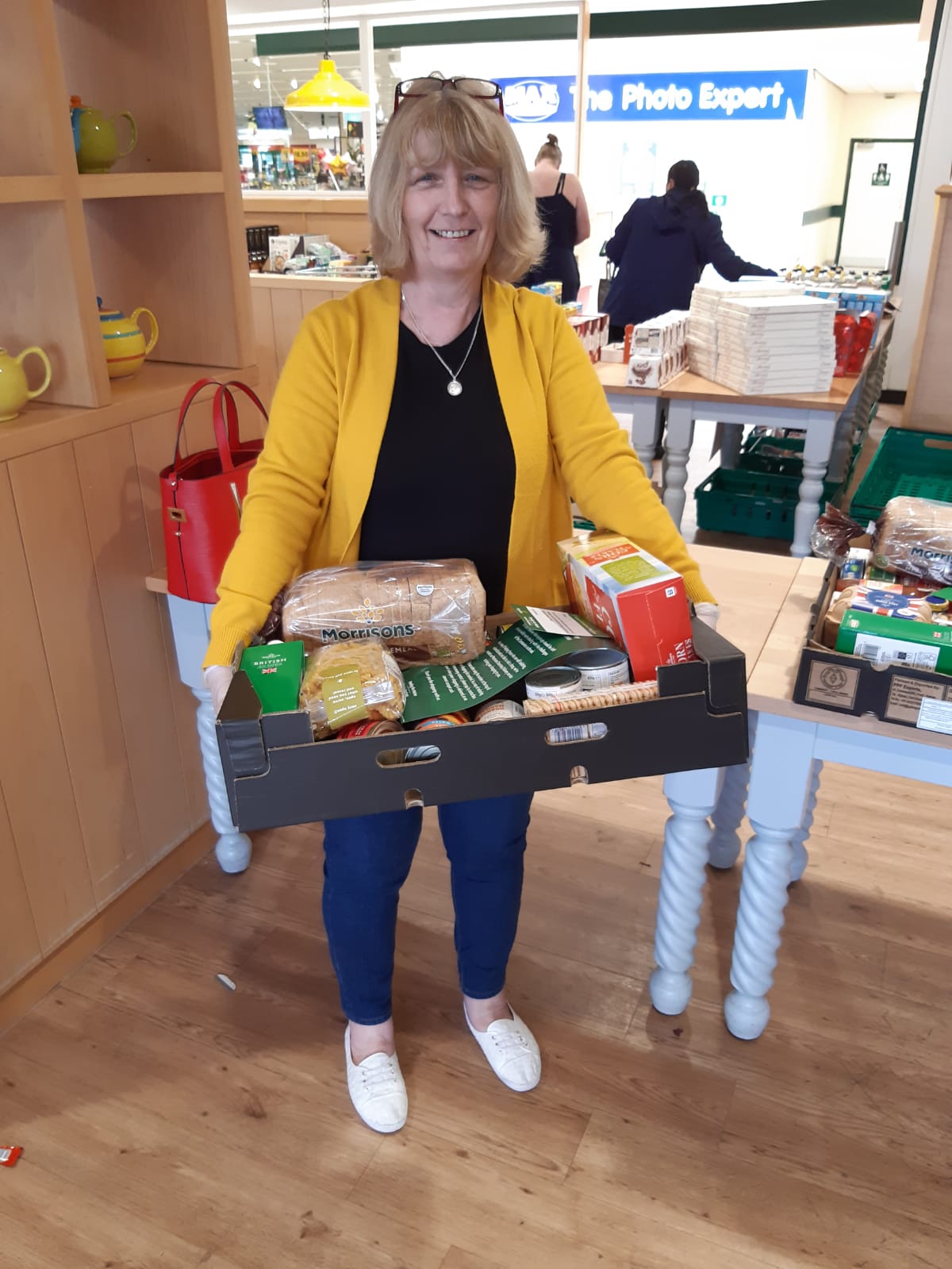