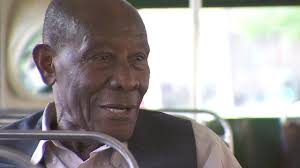 In a BBC article Roy Hackett states “you’ve got to be in it to make a change”, throughout his life Hackett has, and continues to bring about important change in our city.

In 1952 Roy Hackett immigrated to England from Jamaica, on arrival he was astonished how unwelcoming the British were to the people of the commonwealth, according to Hackett “You couldn’t go into pubs in Bristol on your own, not if you were black”. In a BBC news story Hackett describes buying his first house, a crowd of white people where gathered around the house, Hackett presumed that these people would be here to welcome him, however, the people were there to protest his arrival stating that they did not want him living there. Hackett describes that boarding houses often displayed signs saying ‘No Dogs. No Irish. No Gypsy. No Blacks’

In 1962, Roy Hackett set up the Commonwealth Co-ordinated Committee (The organisation now known as the Bristol West Indian Parents and Friends Association), his intentions were to unite the Caribbean community. In 1963 the CCC faced their biggest challenge yet, the Bristol Bus Company were refusing to hire black members of staff, at this time there was no race relations act that prevented this sort of prejudice from happening. Hackett became involved in the Bristol bus boycott in order to give non-white members of society the opportunity to work on buses.

Hackett continues to fight racism to this day claiming “I keep trying because everyone thinks I’m no good, I keep trying until everyone thinks I’m too good”. Hackett still goes and talks to children in primary schools, telling them all about his life and the things that he has done with the council. Hackett believes that it is incredibly important to educate children about the things that have happened in this city as “young people today are tomorrow’s people, we must try our best to make them a good tomorrow's people”.

Age UK Bristol is very proud to call Roy our friend and supporter. He is still going strong at 90 years old and he is a role model for us all. Keep going Roy! Watch the BBC interview here if you haven’t seen it yet. 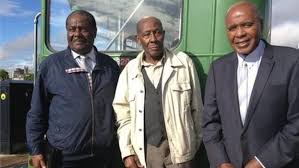