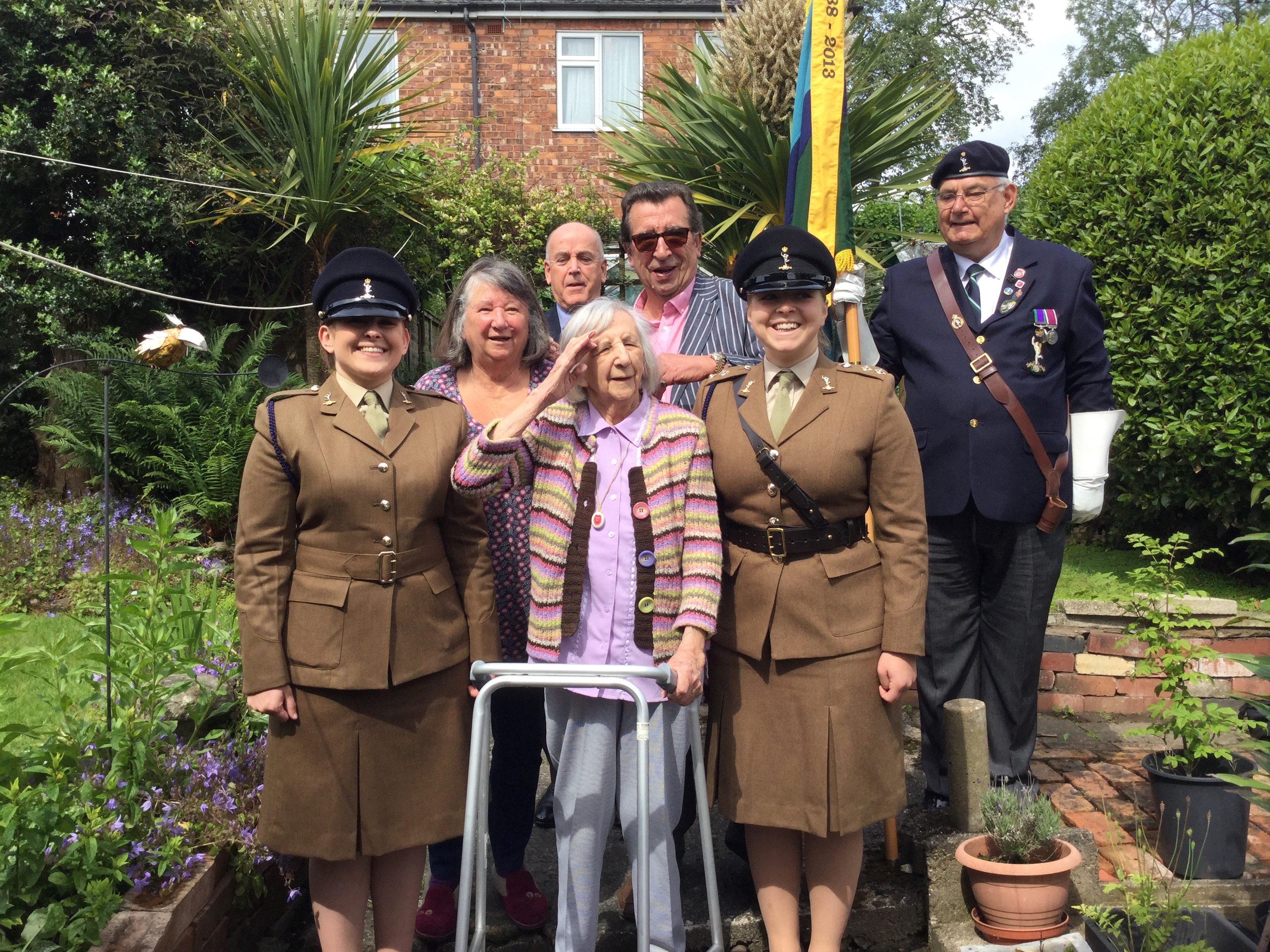 It's always a delight to hear about the experiences our older people have been through and our recent VE Celebrations have been a great excuse to spend time and listen. David, one of our Befrienders, visits Ellen Jackson (in normal times) to play scrabble and have a good chat. She has told us about her life in the war as she approaches her 101st birthday.

Ellen was a Switchboard Operator in the Royal Signals during the war and also a PT instructor in her spare time. She enjoyed the life, and recalls doing her best to stay out of Sergeant’s way if she broke the odd rule and regulation. On one occasion Ellen found herself locked out of HQ after returning late from one of the American Airbase dances. She and a friend had to tap on the window of a downstairs bedroom and climb through, being careful not to turn on the light and bring attention to themselves, and quietly climb upstairs to their rooms undetected. Unfortunately Ellen bumped into a noticeboard in the dark so their night time wanderings didn’t go undetected resulting in a lecture from Sergeant who suspected Ellen immediately!

It was also early on in the war that Ellen met her husband at a village hall dance. He had been called up when he was only around 19 and on the night in question was sitting down one side of the village hall with all the other soldiers dressed in their khaki uniforms while the ladies sat on the other side. Ellen says that their “eyes met across a crowded room”, she thought “he looks alright” and when the time came he asked her to dance. They got married while the war was still on and as her husband was a York man settled in York when they were able to. Ellen still lives in the house they moved into in 1946 and is the proud matriarch (at 100) of the street. In appreciation the community presented her with red, white and blue flowers and Union Jacks on VE Day – there were people stretched out on the road clapping in her honour. Ellen describes herself as a “show off” and thoroughly enjoyed herself.

David is now calling Ellen regularly for a catch up chat and although Ellen is currently missing their scrabble says she couldn’t have wished for anyone better as a Befriender.