Carers Week is an annual awareness campaign which takes place to celebrate and recognise the vital contribution made by the 6.5 million people in the UK who care, unpaid, for a disabled, older or ill family member or friend. 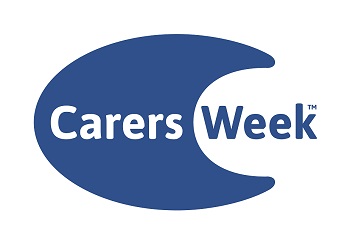 The theme of this year's Carers Week (6th - 12th June 2016) continues on from last year - Building Carer Friendly Communities – places where carers are supported to look after their loved ones well, while being recognised as individuals with needs of their own.

Carers Week is brought to life by the individuals and organisations who come together to organise activities and events throughout the UK, drawing attention to just how important caring is.

Carers Week is kindly supported by Sainsbury’s, Nutricia and the Lockwood Charitable Foundation. 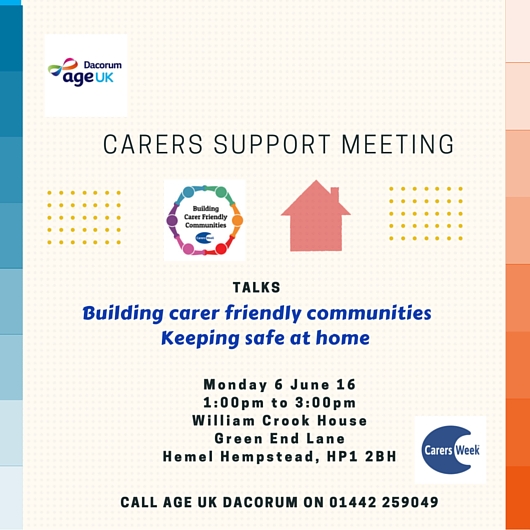 Our Hemel Hempstead Carers Support Group is meeting on Monday 6 June at William Crook House, Green End Lane, Hemel Hempstead, HP1 2BH between 1 pm and 3 pm.  If you would like to attend, please phone either Anne Harradine or Jo Chan at Age UK Dacorum on 01442 259049.

Keeping Safe at Home – we will be joined by Kim Ashworth, Dacorum Council’s  Anti-social behaviour officer and local PCSO, Lee Jevon, who will talk about safety for older people in their homes.  We will also be talking about the theme of Carers Week - Building Carer Friendly Communities.

We'd like to thank all the carers who play a vital role in caring for older people up and down the UK. #CarersWeek pic.twitter.com/KHsiGSeu6o