We won best connection with our charity tonight. All the hard work has paid off. Thanks for all the support xox pic.twitter.com/LidfyhrQ8C 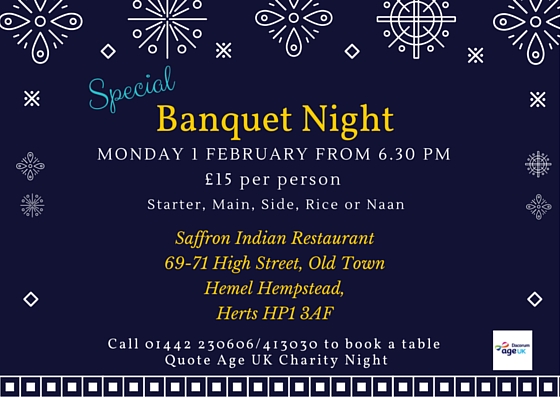 The banquet meal will consist of a choice of starter, main, side, rice or naan from the Restuarant's Special Gourmet Menu  (see restrictions) at £15 per head. All proceeds from the evening will go towards helping Bampage achieve their fundraising target.

Thanks to everyone who came to our curry night with huge thanks to @iqbal78612 's dad's resturant the saffron. Incredible, generous people😊