We live in a world that is increasingly digital. Things around us constantly get faster, smarter, more connected and more digital.  Millions of older people across UK are embracing technology and social media as figures from the office of National Statistics released on Internet user habits and demographics in 2017 show. 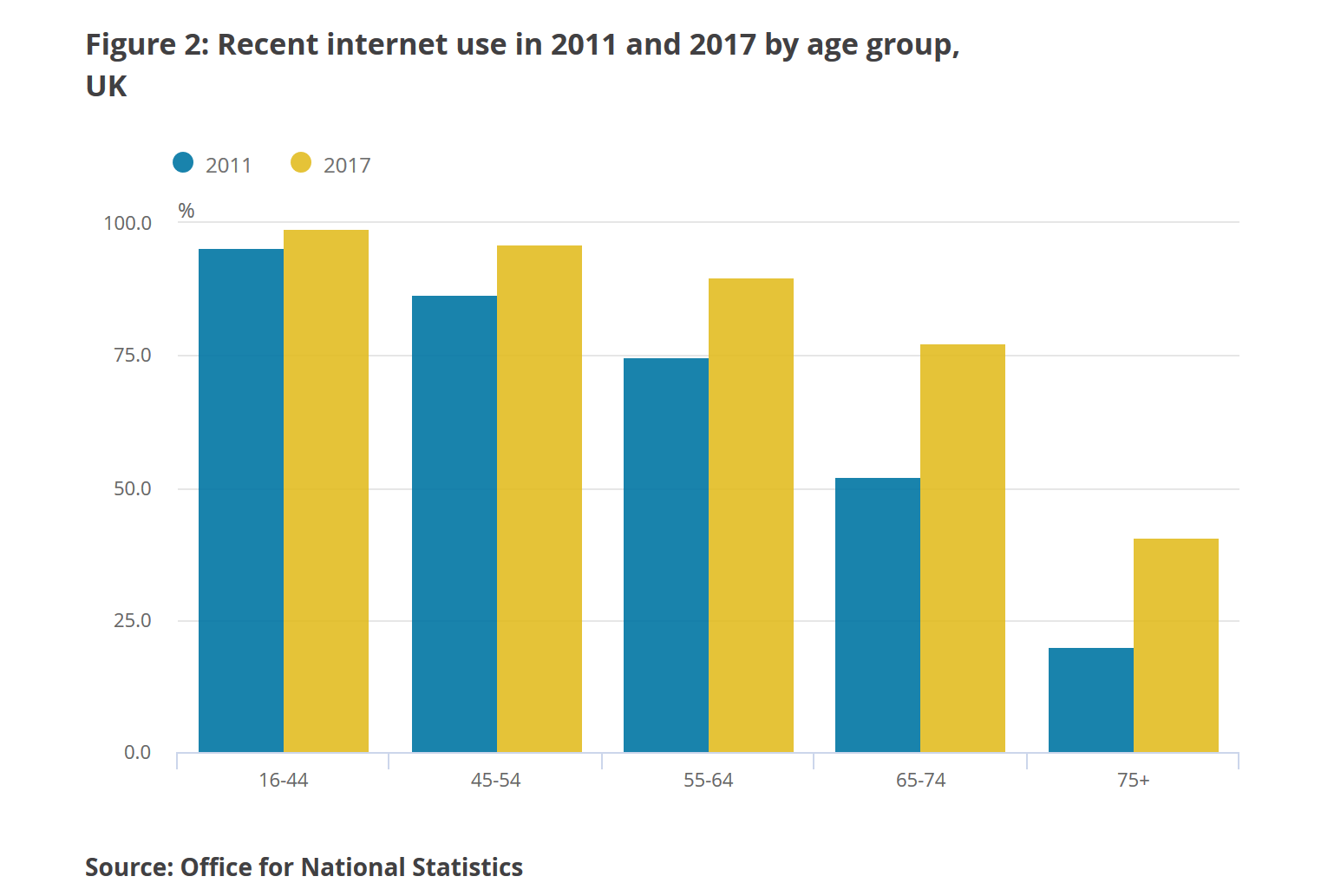 The most common reasons for being online by the over-55s were sending/receiving emails and researching goods and services.

The next most common reason was engaging with social networks.

However, with the rapid evolution of the digital world comes the alarming growth of cyber crime  - to the point where in the 2016 alone there were six million reported incidences of fraud and cyber crimes. Findings strongly indicate that older people are frequent victims of cybercrime and lose data or money, or both. With the number of new older internet users increasing, keeping safe online and knowing how to stay safe in a digital world is of paramount importance more so now than ever.

Together with  Good Things Foundation  and Talktalk  we hope to help vulnerable people start and stay safe online through the program we have in our Staying safe in your digital world project.

The @AgeUKDacorum are a new @Online_Centres supporting older people and carers in the community. They're adding #digitalskills to the work they do tackling loneliness, social exclusion, and improving the wellbeing of those they reach. Find out more - https://t.co/HPZ7JlAFbr https://t.co/gBtgW06umr

This week's #LearnMyWay Course of the Week looks at some simple steps to make sure your identity and personal information are kept safe online. There's also an interesting section on avoid spam calls. Take a look today - https://t.co/VHecFzTzAN pic.twitter.com/ABN5WBf1H9