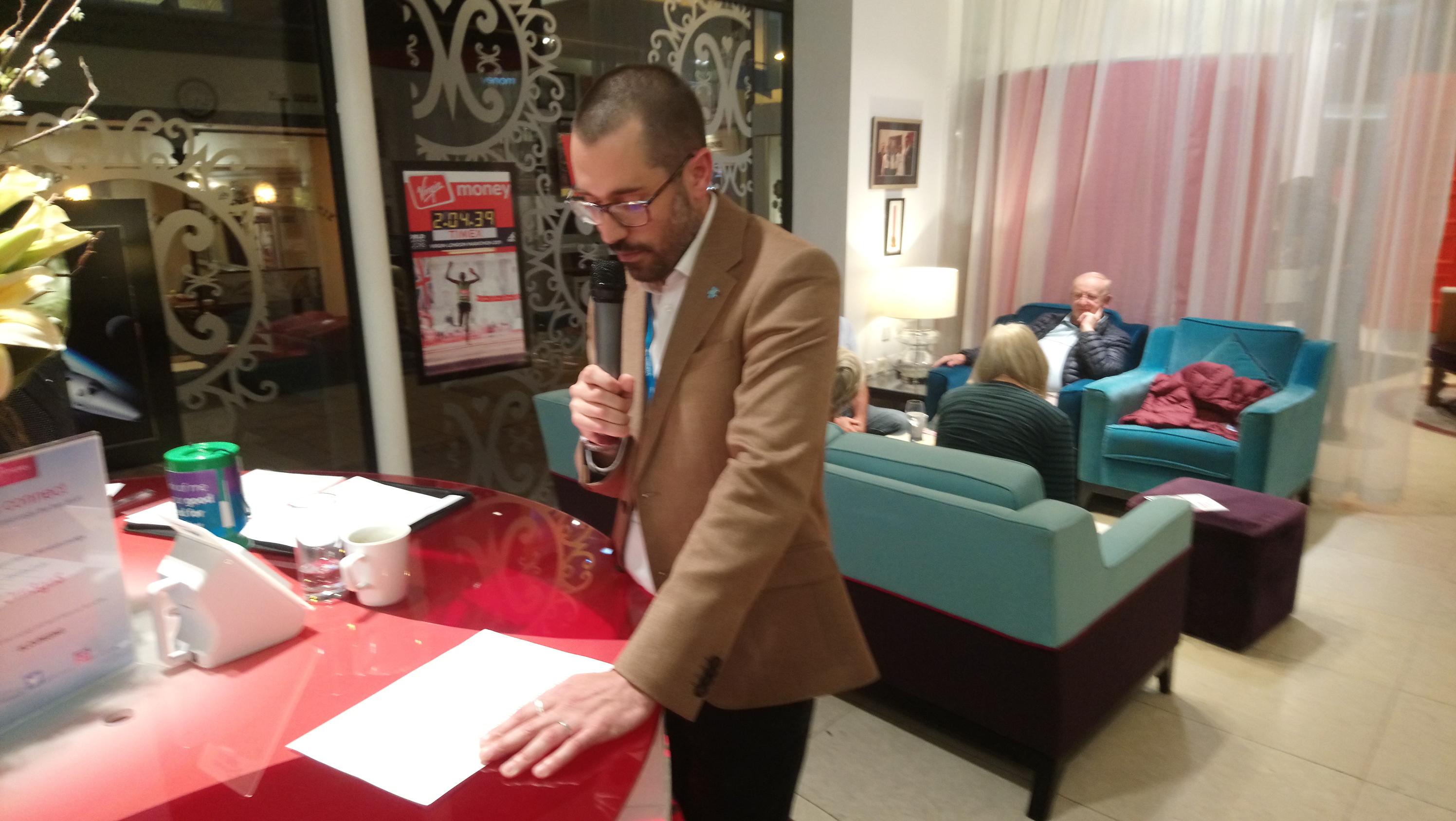 Quiz fans pitted their wits in a charity fundraiser to see who would claim general knowledge bragging rights.
Eight teams gathered at the Virgin Money Lounge in Norwich for the session – which saw them battle it out for top spot over eight rounds.
Questions covering themes as diverse as movie taglines, and Norfolk dialect were devised by Quizmaster for the night (and Age UK Norwich CEO) Dan Skipper, who particularly relished posing some fiendish brainteasers around his pet subjects of snooker and celebrities’ real names.
On top of the familiar ‘Joker’ rounds was a new ‘Broker’ round where you risked losing your points for the entire round if you got an answer wrong.
Nearly £400 was raised on the night – which also saw the introduction at the event of our new contactless collection tins.
We'd like to say a big 'Thank You' to all the teams taking part on teh night and a big congratulations to team 'FC Carpet', comprising staff from local accountancy firm Lovewell Blake, for once again coming out on top for third time.

Think you’d like to take on our Age UK Norwich quiz night challenge? Then try answering some of these questions from the night to see how you would have fared. Answers are below:

Q1 In darts what is the lowest score that cannnot be finished with two darts?
Q2 Which Timelord studied drama at the UEA?
Q3 Who is John Anthony Gillis better known as?
Q4 Life is in their hands - death is on their minds