The Board of Trustees meet quarterly to agree strategy and provide overall governance and leadership for Age NI, based on a shared vision, mission and values, ensuring the charity fulfills its financial and legal responsibilities and promotes best practice. 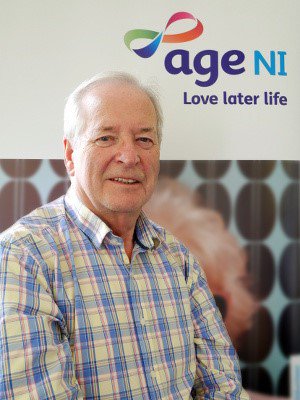 Dr Raymond Mullan OBE has served as Director and Chief Executive on Newry & Kilkeel College of Further & Higher Education until 2007 and was Interim Director & Chief Executive of Belfast Metropolitan College during 2007 and 2008.

Raymond has a degree in Economics and Accounting from Queen's University Belfast and an MSC from Ulster University. He is also a Doctor of Ulster University, having been awarded this by the University in 2006 'in recognition of his distinction in promoting access to further and higher education'.

He has held a number of public appointments including Lay Commissioner on the Northern Ireland Judicial Appointments Commission; NI Civil Service Commissioner; Non Executive Director of the Southern Health and Social Services Trust.

He is currently an Independent Assessor with Commissioner for Public Appointments for Northern Ireland (CPA NI) and is committed to community development as President of WBR Credit Union and life member of Newry Chamber of Commerce. 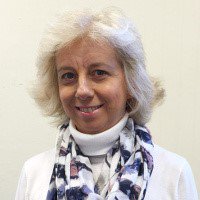 Patricia is Vice-Chair of Age NI and was appointed a Trustee of Age NI in September 2016. Patricia is Chair of the Nominations & Remunerations committee.

Patricia worked at BBC Northern Ireland for almost 20 years in a number of roles, with experience in project management and systems development, business planning, communications, corporate governance and accountability. She has extensive experience in public engagement with multiple stakeholders, and with BBC audiences and licence-fee payers in particular.

Patricia commenced her career in the banking sector and has been involved in a number of community, voluntary and youth projects at a local level. 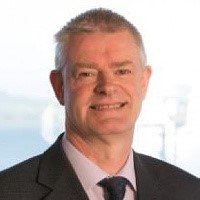 Trevor is the Treasurer of Age NI and was appointed an Age NI Trustee in 2015. Trevor is Chair of the Finance & Resources committee and a Non-Executive Director of Age NI Enterprises Ltd.

Trevor is a qualified accountant with a Bachelor of Commerce (Hons) degree in Accounting and Business Studies. He is a member of the Chartered Institute of Management Accountants. He recently retired as Finance Director of Fold Housing Association where, in a career spanning over 30 years, he was responsible for providing a full range of financial and IT services. 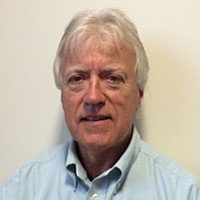 Ken was appointed an Age NI Trustee in 2015 and is a member of the Finance & Resources committee.

Ken is an accountant and for over 40 years worked within the media sector, including the role of Finance Director with Belfast Telegraph Newspapers. He has a degree in Economics from Queens University and an MBA from the University of Ulster.

In 2010 Ken moved to the voluntary sector and has held various finance roles with Young Enterprise Northern Ireland, RNIB and the Red Cross. He is also a Pension Trustee of a large UK defined benefit pension fund. 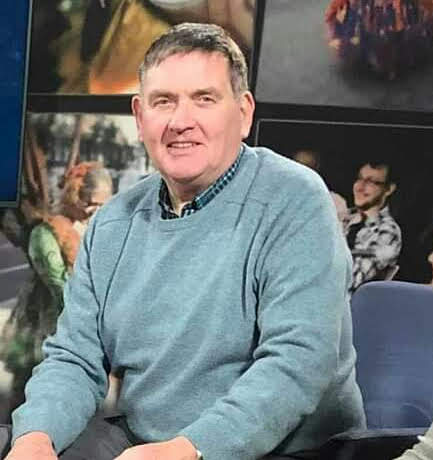 David was appointed a Trustee in June 2019 and is the Chair of Age NI’s Consultative Forum.  David is a member of the Engagement Group and the Nominations & Remunerations committee.

David was a career civil servant for over forty years having served in five departments. He has a degree in Geography from Queen’s University Belfast, and he also studied HR at Ulster University and Leadership at Harvard.

David has experience of project management, organisational development and human resources at both policy and operational levels. David is involved in several community and voluntary groups in Northern Ireland. 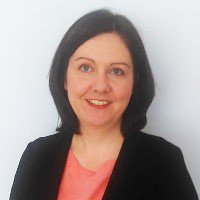 Roisin was appointed a Trustee of Age NI in September 2016 and is Chair of the Audit & Risk committee.

Roisin McLaughlin has worked at the Utility Regulator since 2008, in a variety of roles. Before that she worked at the Electoral Commission in a regulatory compliance role and in London for the Consumer Council for Postal Services, where she managed the policy team advocating for consumers in relation to pricing and competition issues.

She holds an honours degree in Government and Law and a Doctorate of Philosophy, both from the University of Ulster.

Roisin brings to Age NI a strong background in consumer advocacy, including for older people, and her experience in governance and policy development. 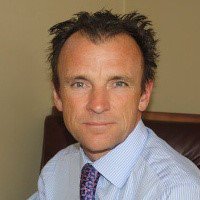 David was appointed a Trustee of Age NI in June 2017 and is a member of the Nominations & Remunerations committee.

A Fellow of the Royal Institute of Chartered Surveyors, David is a business owner specialising in housebuilding and property as principal of a family business stretching back 115 years. David has led the design and implementation of numerous projects and whole communities across counties Down and Antrim. From over 10 years of Executive Chairman David has strong experience in business planning, strategy, communications, corporate governance and accountability.

David’s applied research into independence, housing and the implications for the well-being of older people led to his award in 2020 of a Doctorate from the University of Strathclyde. David also holds a BSc Honours degree in Land Economics, an MBA (Dist.) from the University of Ulster, and is a Chartered Director and Fellow of the IoD. 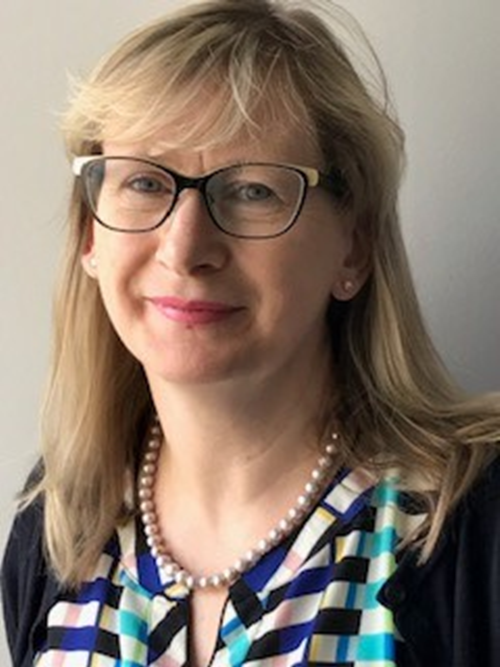 Teresa was co opted onto the Age NI Board in September 2019 following her participation in the Boardroom Apprentice programme which placed her as an Apprentice with Age NI Board for one year. Teresa is also a member of the Audit & Risk committee.

Teresa works for an Independent Ambulance Company as a Corporate Services Manager with responsibility for HR and Business Development.Before taking some time out to care for children Teresa was a Chartered Surveyor and worked in the public and private sectors in London and Northern Ireland in varying roles of property management and public private partnerships.

Teresa holds a Degree in Estate Management and a Diploma in Project Management as well as Institute of Leadership and Management and HR accreditations.Teresa is keen to bring her experience of working across sectors to the Board as well as being an advocate for the promotion of services for older people. 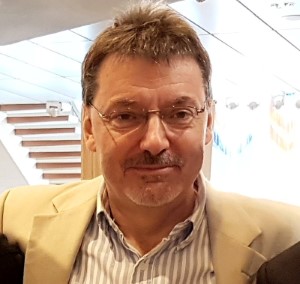 Paul was appointed an Age NI Trustee in October 2020 and is a Non-Executive Director of Age NI Enterprises Ltd.

Paul is a consultant on product strategy and development processes, an entrepreneur-in-residence at Catalyst Inc. and experienced tech company board member and chair. Paul is very interested in "agetech" and involved in research projects at both Ulster University and QUB.

Paul graduated from Queen's University Belfast with a B.Sc (Hons) in Physics and Computer science and has 35+ years' experience working in product development for both established and start-up companies in the UK and North America. 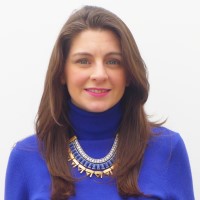 Aislinn was appointed an Age NI Trustee in October 2020 and is a member of the Finance & Resources committee.

Aislinn is the Chief Technology Officer for the Digital Services Business Unit in software company, Kainos, with over 15 years professional technology experience.  In this role, she leads the development of the technology community and the successful delivery of software solutions.  Aislinn also setup and leads the Assurance function for this area, managing risk and focusing on continuous improvement through collaboration. 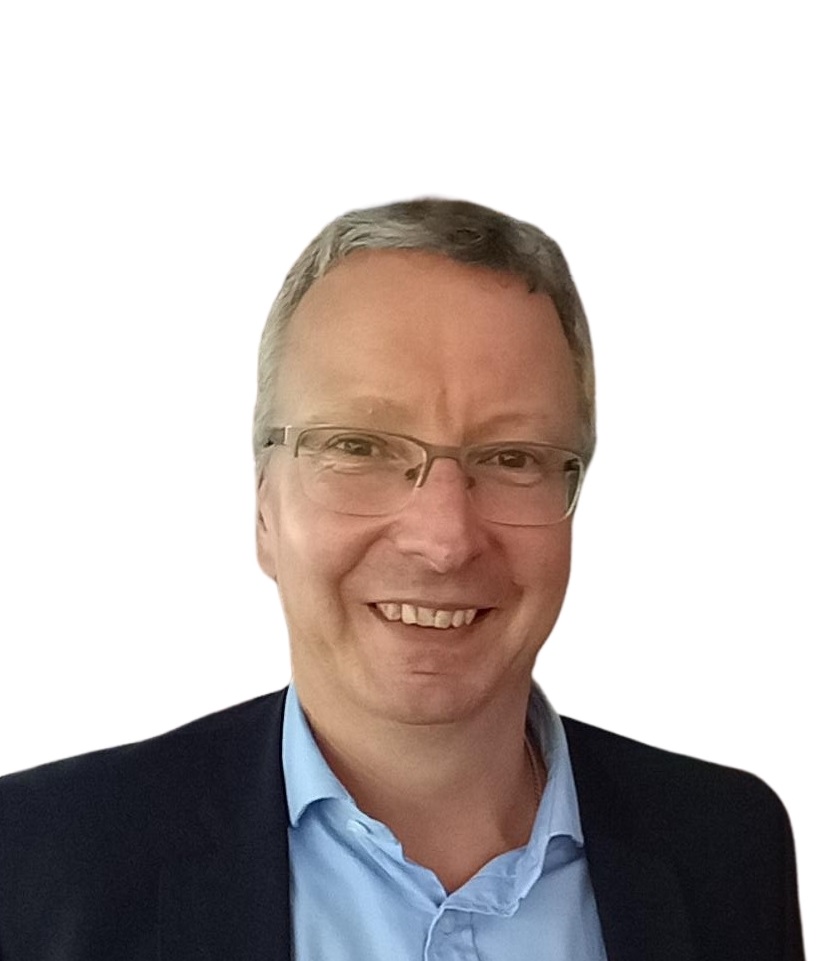 Patrick was appointed an Age NI Trustee in October 2020 and is a member of the Finance & Resources committee.

Patrick has  been part of the Danske Bank team for the past 26 years. 16 of these years were spent in Specialist Business Banking (asset finance, invoice finance, cash management and merchant acquiring) with 10 years spent in various senior Personal Banking roles including Regional Manager for Branches, Wealth Management and Head of Mortgages. During this time Patrick has also had strategic planning responsibilities. 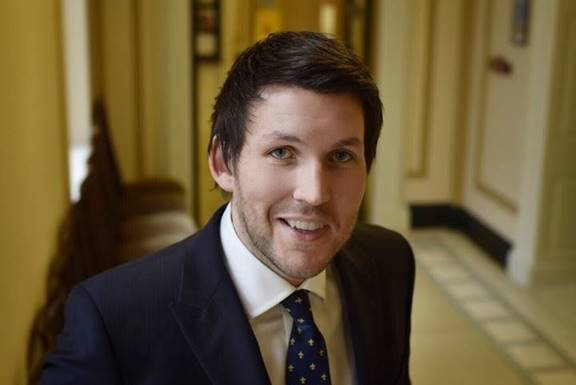 Edward was initially appointed to the Age NI Board as a Trustee in December 2017, serving for a 2 year period. In October 2020, he returned to the charity having been coopted for a further 3 years and is currently a member of the Audit and Risk committee.

Edward presents with a strong background in health and social care, governance and risk management. He is devoted to achieving his goals, enjoys resolving difficult issues and has a keen interest in strategic leadership and Older People services. Over the last 14 years, he has developed a diverse vocational background through working in Public Sector Management and through his former involvement with Citizens Advice, serving as a Trustee and Vice-Chair in his local District for five years, and having completed the Boardroom Apprentice Programme.

Presently, Edward is employed as an Information Governance and Records Manager but over the last 8 1/2 years has held Clinical, Corporate and Finance Governance positions. In terms of education, Edward has a diverse educational grounding reading law and business; he was awarded an LLB (Hons) degree in 2009 and since then has received several other qualifications: Postgraduate Certificate in Forensic Legal Medicine, a Certificate in Commercial Dispute Resolution, the Harvard Business School ‘Credential of Readiness’ and an MSc in Management and Corporate Governance.

For further information on any matters in these documents contact Cathryn Law - telephone: 028 9024 5729 or email: ceo.office@ageni.org