No one should have no one

Christmas is the loneliest time of the year for over 220,000 older people in the South East. Those who have lost a loved one struggle the most.

A new survey for Age UK’s No one should have no one to turn to campaign finds that Christmas is the loneliest time of the year for over 220,000 older people in the South East, with those who have been widowed feeling it the most. 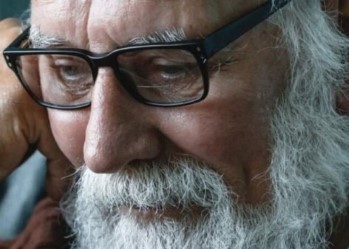 Age UK’s research found that 80 percent of over 65s in the South East agree that the first Christmas after losing someone you love is the hardest , and with up to 26,000 older people in the region estimated to face their first Christmas without their spouse, the Charity is calling on the public for support.

Across the UK, the research found that over 750,000 older widowed people often feel lonelier over Christmas than at any other time of the year; with over 200,000 older widows and widowers not looking forward to a lonely festive season.

The campaign, No one should have no one to turn to, is shining a light on how tough this time of year can be for many older people, especially if they are on their own having lost their partner. As part of the campaign, the Charity has released a new report, You are not alone, which looks in more detail at what we know about the impacts of bereavement and shares some of the stories of those who have reached out to the Charity following a painful loss.

According to the Charity’s survey, more than 400,000 older people in the South East aren’t looking forward to Christmas this year, and for many it brings back too many memories of happier times.

As well as raising awareness of these problems and encouraging people to support the older people around them, No one should have no one to turn to is asking the public to donate to Age UK Horsham District, so it can continue to be there for everyone who needs them.

Whilst most of us will sit down with family and friends to enjoy an annual Christmas Dinner this won’t be the case for everyone. In the South East, around 56,000 older people will be eating dinner alone on Christmas Day this year, and across the UK around one in 10 of over 80s will be dining alone.

Loneliness can be and is experienced at any point in life, but people aged 50 and over in England are five times more likely to be often lonely if they are widowed compared to those who have a partner.

Simon Dowe, CEO at Age UK Horsham District said, “Many of us look forward to Christmas in anticipation of having a nice time with those we love, but unfortunately that’s not how it is for some older people, especially if they are already feeling sad and alone. Bereavement is a very common experience in later life but that doesn’t make it any easier to cope with. Christmas is a particular challenge if you are facing it on your own, with just your memories and perhaps the television or a pet for company, to see you through.

“Age UK Horsham District wants to be there for those who find themselves in this situation and for all those older people in the region who are feeling lonely or troubled in the run up to Christmas for any other reason too. That’s why we are urging everyone to get involved in the campaign and donate to help us be here for older people who literally have no one to turn to. Sadly, there are far too many of them in our society at the moment.”

Age UK Horsham District is working hard to combat loneliness through a range of services and activities, such as social clubs, home visiting, and advice and support when there’s no one else to turn to.