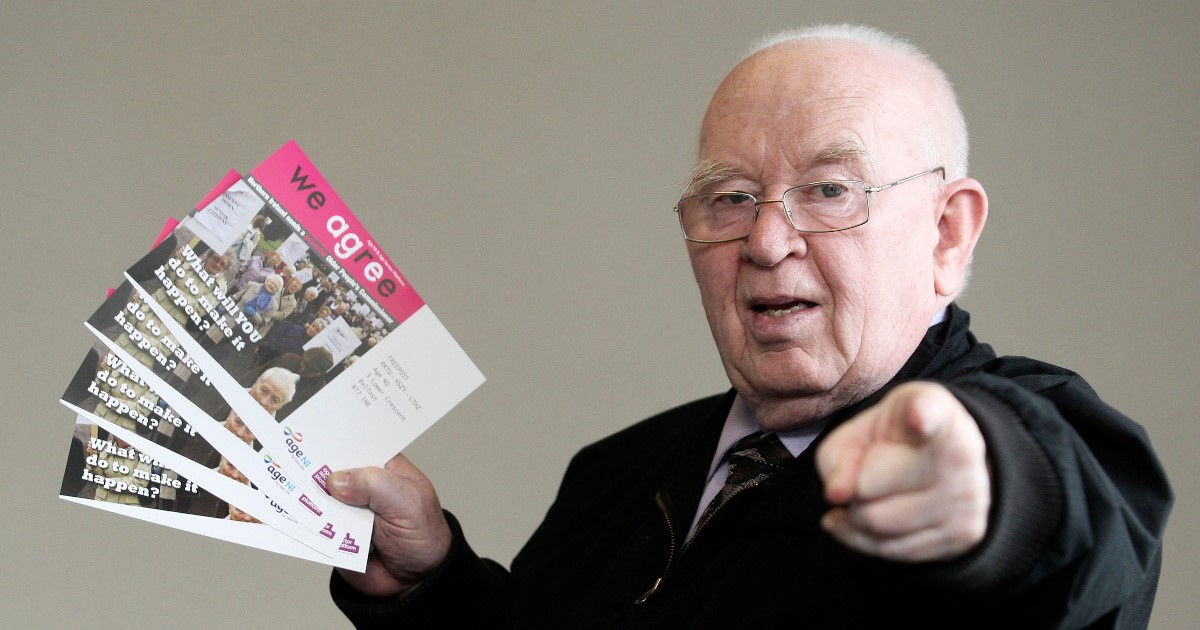 The Commissioner for Older People was approved by the Northern Ireland Assembly on 07 December 2010. Our campaign 'We agree' was supported by older people throughout Northern Ireland.

'We Agree', a partnership campaign between Age NI and Age Sector Platform, has been campaigning for an Older People’s Commissioner (OPC) in Northern Ireland with sufficient powers and duties to act independently to guarantee that the rights of older people are protected, their interests are promoted and the issues affecting them are given prominence. The planned Older People’s Commissioner for NI should be independent, adequately resourced, powerful and able to act with a sense of urgency.

The Commissioner for Older People Bill recently entered the Committee Stage within the NI Assembly for scrutiny on June 16 having received widespread support from the House. The ‘We Agree’ campaign has successfully influenced the content of Draft Bill which contains many of our recommendations to ensure the Commissioner has sufficient powers and duties to act independently.

Our campaign recently signed up its 1000th member – it’s not too late to add your support! Add your name to the ‘We Agree’ campaign by visiting our campaign website to register your support - opens link in new window www.weagree.org.uk. You can also download and print registration forms for your colleagues, friends and family.

We agree Northern Ireland needs an Older People’s Commissioner – do you?

07 December 2010
Commissioner for Older People Bill received the seal of approval at the final stage in the Northern Ireland Assembly.

Committee Chairperson, Tom Elliott, MLA said: “The appointment of a Commissioner for Older People will be of great significance. The Committee has taken much interest in this Bill and is pleased to see the Bill receive the support of the Assembly.

“The Committee took evidence from many different interested groups and gave a lot of consideration to what roles and powers the Commissioner should have. The Committee is content that the Commissioner will have the appropriate powers to be able to help tackle the many issues facing older people today.”

15 September 2010
Committee scrutiny of the Bill was completed

12 May 2010
Departmental officials brief Committee Members on amendments to the draft Older People's Commissioner Bill in response to the consultation analysis.

01 October 2009
Consultation on the proposed legislation was launched.

01 December 2008
Dame Joan Harbison appointed an Older People’s Advocate to promote the rights of older people in the interim period.