Below are some fantastic individuals that have raised money to support older people in Solihull. Keep an eye out as we have more to follow!

We appreciate all the support. 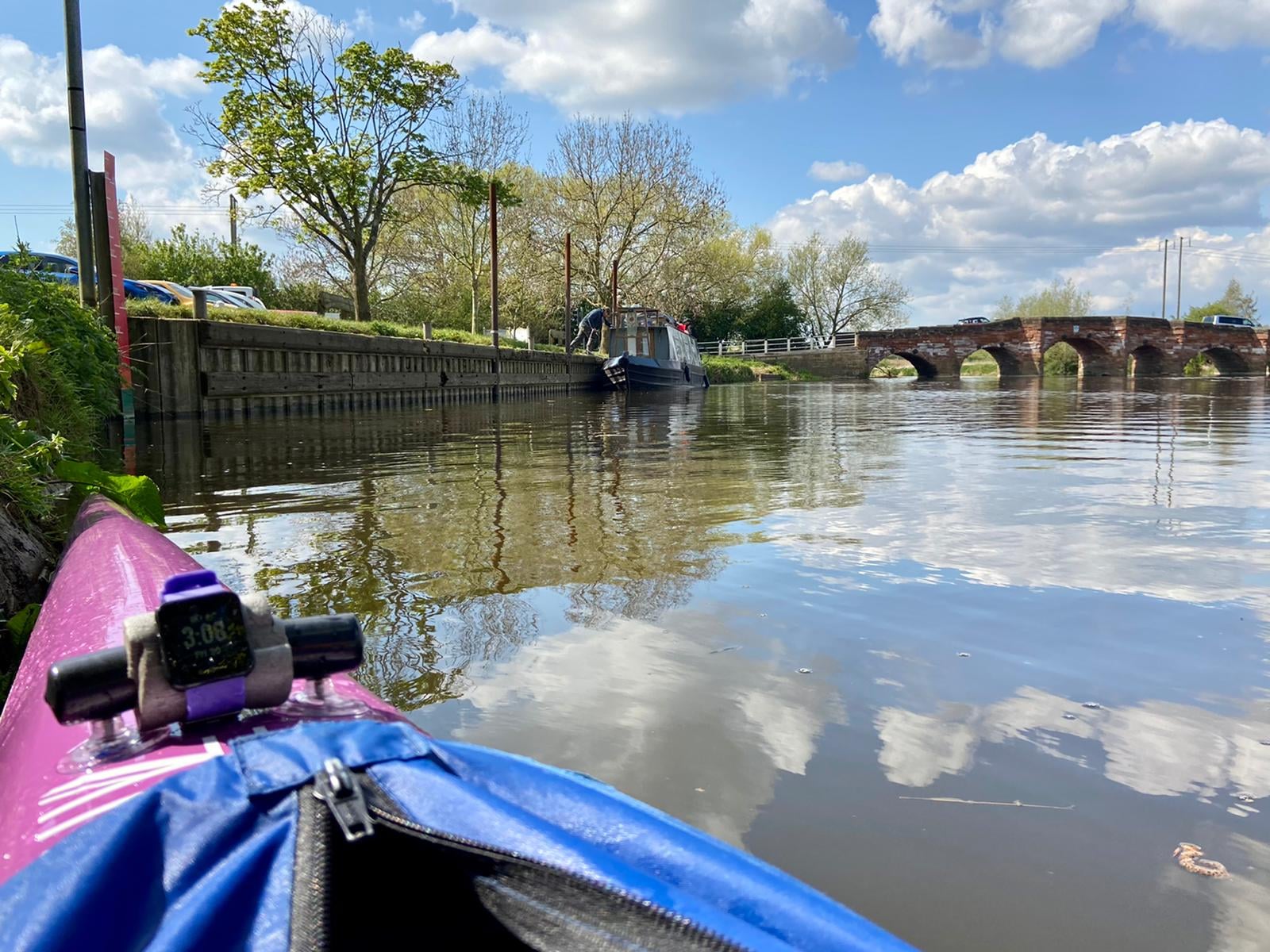 Solihull Healthcare Partnership joined team Age UK Solihull for the Captain Tom 100 Challenge, which took place on what would have been Captain Sir Tom Moore's 101st birthday. The SHP team took on a range of 100-themed challenges, from 100 minutes paddling on the river (right) to spotting 100 deer, and eating 100 squares of chocolate. The team raised £132 to help us provide our services for older and vulnerable people in Solihull.

2020 - Fundraising during the Covid-19 pandemic

We had to cancel several of our planned fundraising activities during 2020, but our dedicated supporters managed to come up with some fantastic virtual fundraising ideas.

The following people ran the Great Birmingham Run on Sunday 13 October 2019, raising over £1,414 in total.

Find out how you can take on a parachute jump.

We are Sydney Mitchell's Charity of the Year, and in July 2019, four colleagues from the firm completed the Yorkshire Three Peaks Challenge, calling themselves the 'Peaky Climbers'. They raised over £1,500, which was split between us and Sydney Mitchell's other chosen charity, The Buddy Bag Foundation.

Six people ran this half marathon for us on Sunday 15 October 2017.

6 members of staff (pictured right) from Legal and General Home Finance team jumped out of a plane in aid of our charity and helped to raise £6,121!

We would like to the thank our brave fundraisers who took on a tandem parachute jump on Saturday 11 March and helping to raise over £4,500.

Age UK Solihull would like to thank the following fundraisers for taking part in a daring tandem parachute jump from 13,000 feet!

If you're feeling inspired after reading about the incredible amounts our supporters have raised for us in the past, click below to find out how you can take on one of our personal challenges while raising funds to help us to continue with our work to improve the lives of older people in Solihull.

You could do a parachute jump or run of your own, or see if there's another challenge that takes your fancy.

Which challenge will you accept?