UK Older People’s Day is on 1st October every year to coincide with UN International Day of Older Persons. The day supports the campaign to challenge negative attitudes and outdated stereotypes. 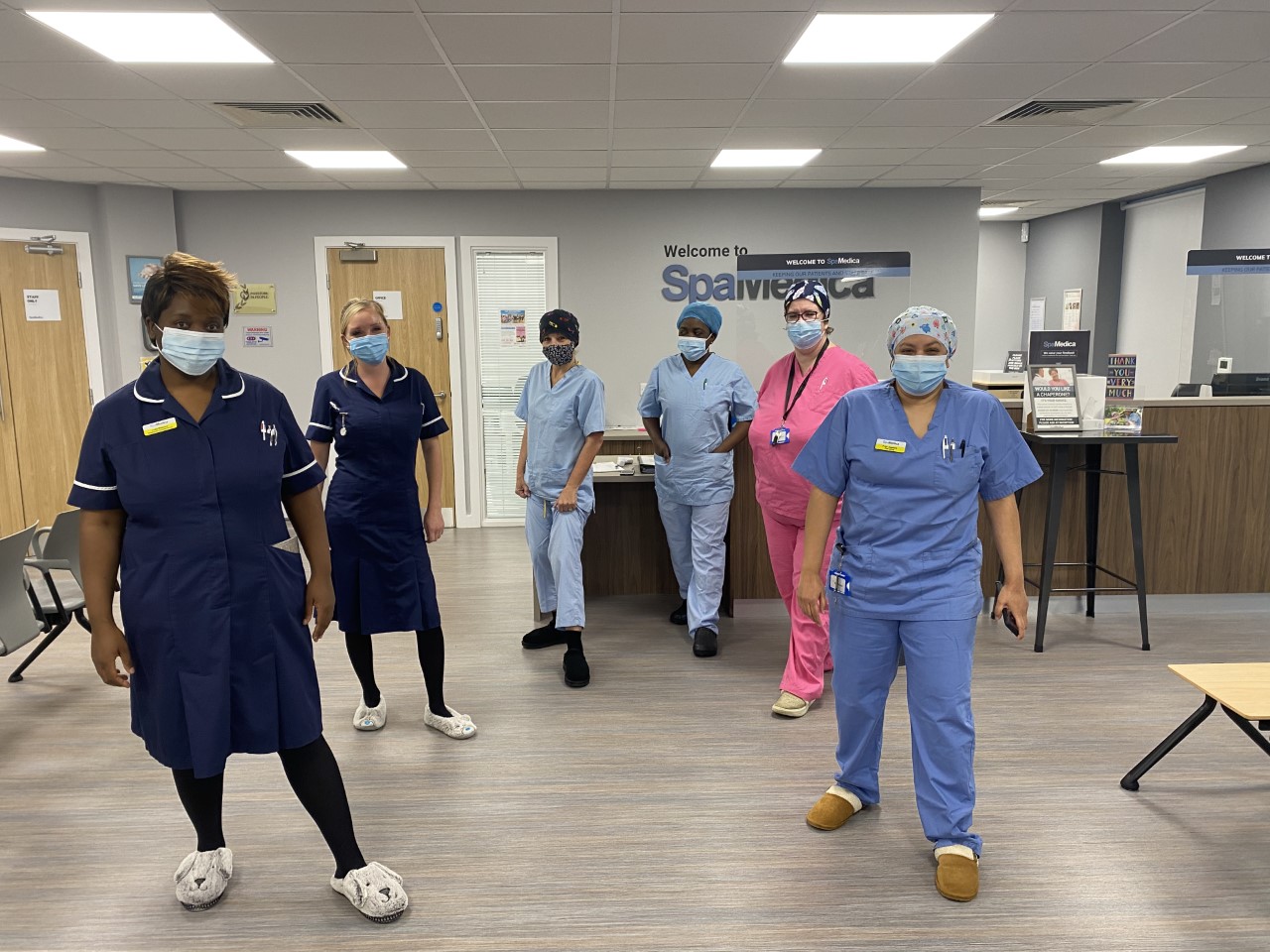 Age UK Solihull will be commemorating this day on Friday 30 September 2022 by encouraging schools and work places (where safe to do so) to wear their slippers for the day and donating just £1.00.

In 2021, over £1,200 was raised, which will help us to continue providing our services for local people who need us.

You can take part in Slip Into Slippers with your school or work colleagues or as an individual! No matter whether you're at home or work, give your feet a treat and wear your slippers for the day!

Any money raised can be sent to us at Age UK Solihull, The Core, Central Library Building, Homer Road, Solihull, B91 3RG. Alternatively, you can donate directly to our Slip Into Slippers fundraising page below either on or before the day.

Donate to our Slip Into Slippers fundraising page 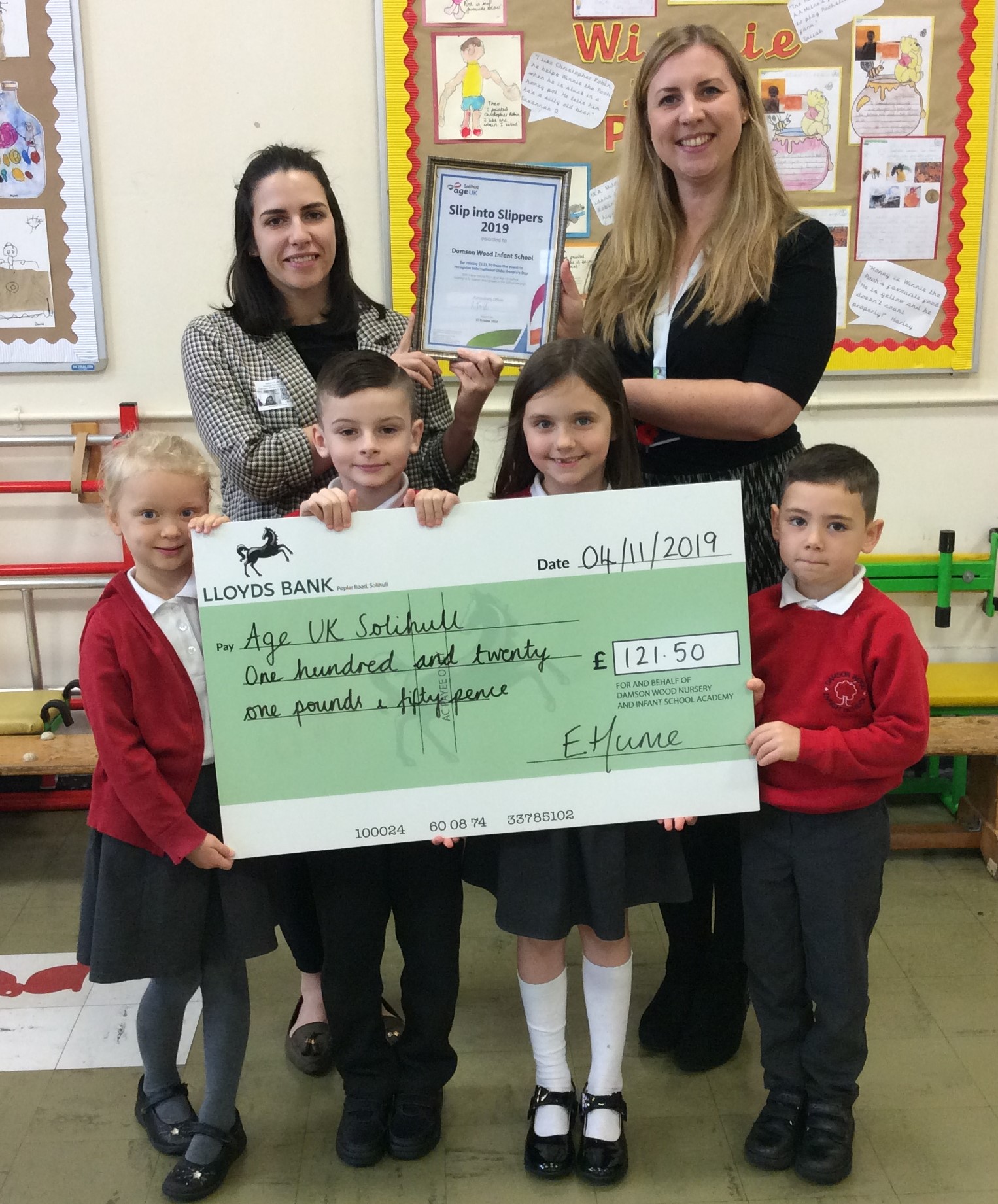 If your school or workplace would like to get involved with Slip into Slippers, please contact us on 0121 704 7842 or email events@ageuksolihull.org.uk.

Pictured left: Fundraising Officer, Rebecca, visited Damson Wood Nursery & Infant School in 2019 to receive a cheque for £121.50 and to present pupils and teachers with a certificate in return to recognise their fantastic achievement.

Schools and businesses that participated in 2021

Schools and businesses that participated in 2020

Schools and businesses that participated in 2019

Schools that participated in 2018

Schools that participated in 2017

Schools that participated in 2016

We are extremely grateful to have the support of so many schools in the area. In 2016, the following schools helped to raise a total of nearly £2,000!