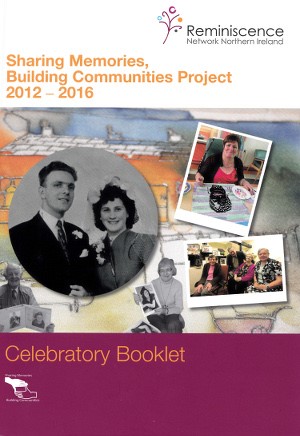 Funded by the Big Lottery Fund (Connecting Older People) this was a major project in partnership with the Northern Health and Social Care Trust and involved people with disabilities living in the community who were at risk of experiencing social isolation.

They were engaged through creative reminiscence group sessions and individual live story work in day care centres and community settings. Over 500 people participated in this project with a further 287 staff and volunteers receiving in depth training and mentoring in its final year.

A Best Practice Manual on Creative Reminiscence and Life Story Work is available to download see link below. 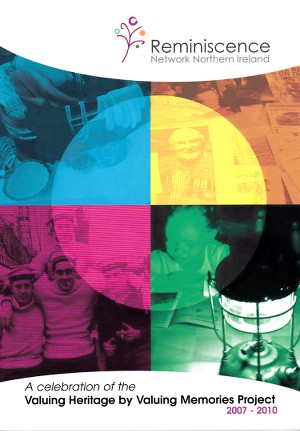 Funded by the Heritage Lottery Fund this partnership project linked the Network with the local museums of the Tower Museum in Derry/ Londonderry, Bagnel’s Castle in Newry, Craigavon Museum Service and the National Museum at the Ulster American Folk Park.

This three year project which ran from 2007 to 2010 resulted in Reminiscence Loan Boxes services being established in each museum and local reminiscence being hubs established. 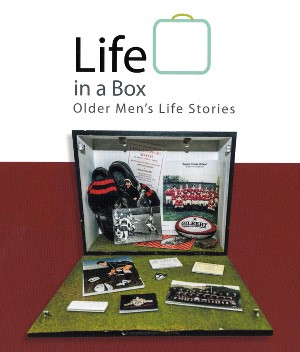 Life in a Box

Funded by the Arts Council of Northern Ireland this project in 2010 involved both reminiscence facilitators and professional artists and brought men together in Omagh, Derry/Londonderry and Newtownards to talk about and share their life experiences.

The men made and exhibited life story boxes in the Strule Art Centre Omagh, Ards Art Centre, and the Playhouse in Derry –Londonderry.

From 2017 to 2013, the Network worked closely with the European Reminiscence Network and participants from eleven other European counties in the Grundvig programme which was part of the European Union’s Lifelong Learning Scheme in the field of Reminiscence and Dementia Care.

In 2011 we delivered a programme designed for family carers caring for a loved one with dementia in various locations throughout Northern Ireland. This was developed into a two day training course in Creative Reminiscence and Dementia Care and an Apprenticeship Scheme both of which were delivered in the Northern and Western Health and Social Care Trusts.

This best practice manual provides guidance for Creative Reminiscence and Life Story Work, based on the experience of the Reminiscence Facilitators work in Northern Ireland.