(Please click on each Trustees’ name for more information) 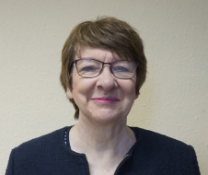 Sheila has enjoyed a career in human resources management and business consulting in the aviation sector, primarily in the UK and USA. She has been a Magistrate for 26+ years, continuing to mentor and appraise colleagues as a London Bench member.

Originally from Aberdeen, Sheila retired to her husband’s island home five years ago, joining the Board of Trustees in 2016 and being appointed its Chair. Sheila is currently acting as Link Trustee for the CEO Office.

Caring for older relatives first introduced her to the challenges and dilemmas of how individuals and families cope with ageing. These experiences inevitably influence her thinking when the Board faces difficult choices and decisions as to how Age UK Isle of Wight can best support those who most need our services. 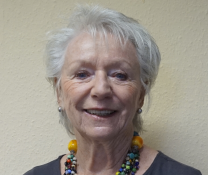 Vilma has been a trustee with Age UK Isle of Wight since 2016 and is currently acting as Link Trustee for Fundraising and PR. Vilma was Born in Ealing but educated on the Isle of Wight from the age of 6. After school and college, Vilma moved back to London. Vilma now lives in Seaview, where she is currently Chairman of the Nettlestone & Seaview Parish Council and on the Committee of the local Community Partnership. An active member of the Sea View Yacht Club, she has served as Rear Commodore House and for several years instructed on sailing courses.

Vilma's career in Public Relations - took her to London, New York, San Francisco and Datchet, near Windsor where for many years she ran her own PR consultancy specialising in health and beauty products. Vilma has a daughter and two grandchildren. Her hobbies include cinema, reading, tennis and bridge. 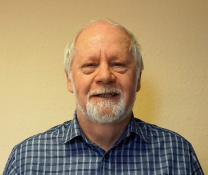 Eddie joined Age UK Isle of Wight as a Trustee in 2015 after a career in engineering and project management. This included working both in the UK and overseas with the UK World Land Speed Record Team as Operations Director.

He brings with him a wealth of general management experience including project management, quality management systems and human relations. He was therefore in an ideal position to support AUKIW in their constant drive for systems and process continual improvement.

Eddie is currently acting as Link Trustee for Quality. 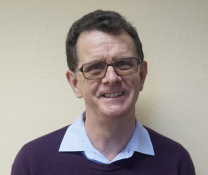 Before retiring in 2012 Richard worked for universities, in adult and part-time education. This meant developing close links with volunteers to organise and deliver classes in anything from archaeology to zoology. Richard also led collaborative projects between universities and regional partners.

Richard moved to the Island in 2014 but spent childhood summer holidays on the Island and returned with his family several times. He feels it would be hard to find a more lovely and welcoming place.

Richard joined joined Age UK Isle of Wight as a Trustee in 2016 and is currently acting as a Mentoring Link Trustee. Richard’s experience of working with volunteer groups and in partnerships contributes to Age UK Isle of Wight's work in helping older people to lead fulfilling and secure lives. 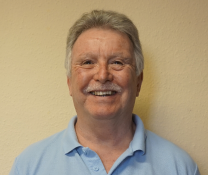 Stuart has been a trustee with Age UK Isle of Wight since 2017 and is currently acting as Link Trustee for Finance. He worked in the public sector for 37 years, originally with Shetland Islands Council but more recently with Isle of Wight Council where he was Head of Finance.

Having worked in the public sector for such an extended period, Stuart wished to put something back into the local community with Age UK Isle of Wight when he retired, and he hopes to use his skills to contribute to the development of value added services and to help improve the quality of life of local residents. 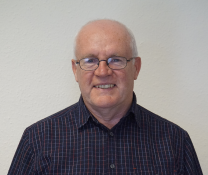 Robert joined Age UKIW as a Trustee in July 2019 and is currently acting as the Link Trustee for IT & Premises. Following completion of a degree in Electronic Engineering, Robert moved from Scotland to Berkshire to commence his career in data, voice and wireless communications. Robert’s roles were varied including communications product and systems design, international technical support, project and product management. He obtained an M.Sc. in Digital Systems from Brunel University.

In 2013 Robert took early retirement, moved to the Isle of Wight and soon took up voluntary work. His interests include making increasingly more complex technology we are surrounded with as easy to use as possible. Robert is currently a Director of Shanklin Theatre with specific responsibility for IT, which he hopes will be relevant to his AUKIW trustee role. 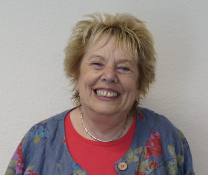 Lorraine was born in London and moved to the Isle of Wight 3 years ago having lived in Suffolk for 25 years. She joined Age UKIW as a Trustee in July 2019 and is currently acting as the Link Trustee for Human Resources.

Lorraine has worked at board level in Human Resources roles for the past 20+ years in a variety of business sectors including Adult Social Care and still works on a part-time basis as an HR consultant in a Social Care company. Lorraine has also cared for elderly relatives, including someone living with dementia, so she has personal experience of the challenges that face friends and family members in accessing appropriate support.

Lorraine has worked as a volunteer and with volunteers in the past and so has first-hand experience of the very positive difference that volunteers can make in an organisation like Age UKIW. Her time spent working in social care coupled with her personal experiences have made her passionate about the subject of older care and living well in later life. She hopes that her experiences, both in business and personal, will enable her to make a strong contribution in her role as a Trustee. 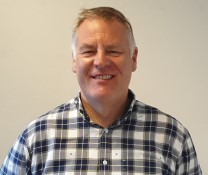 Alan, a resident of Freshwater, joined Age UK Isle of Wight as a trustee in 2019 following 42 years of NHS service. During that time Alan worked in scientific, managerial and executive director roles. For the last five years Alan has held key roles in healthcare regulation, firstly as Head of Hospital Inspections for the Care Quality Commission and more recently supporting trusts placed in special measures as a Quality Improvement Director for NHS Improvement.

Alan’s experience of health systems, regulation and quality improvement will support Age UKIW in its partnership with healthcare providers and service development. Alan is currently acting as a Link Trustee for Independent Living Services.

Junior moved to the Island in 2019, having spent many holidays here (including his honeymoon).

He finally retired in January 2021, after spending 40 years in the Financial Services Industry, initially working for major Insurance Companies, and subsequently as a self-employed Financial Planning Consultant, specialising in Pension Planning and advice (Individual and Corporate).

Junior brings his expertise in this field to Age UK Isle of Wight with a view to assisting clients in ensuring that they receive the correct level of retirement income to which they are entitled. 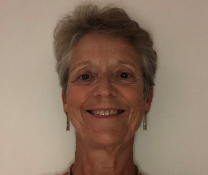 Patricia Eagle has forty years of experience working in the public and charity sector and is a qualified Accountant spending seventeen years working with local authorities.

Patricia’s other roles include Head of Operations, whilst creating and establishing two educational charities and Education Business Manager utilising her finance, HR and administration skills to manage the transition to a Multi-Academy Trust. Coupled with her employment experience and time as a school Governor and Chair of Finance, Patricia will be able to support Age UKIW in its strategic development and local authority partnership.