'My journey to becoming a senior manager' 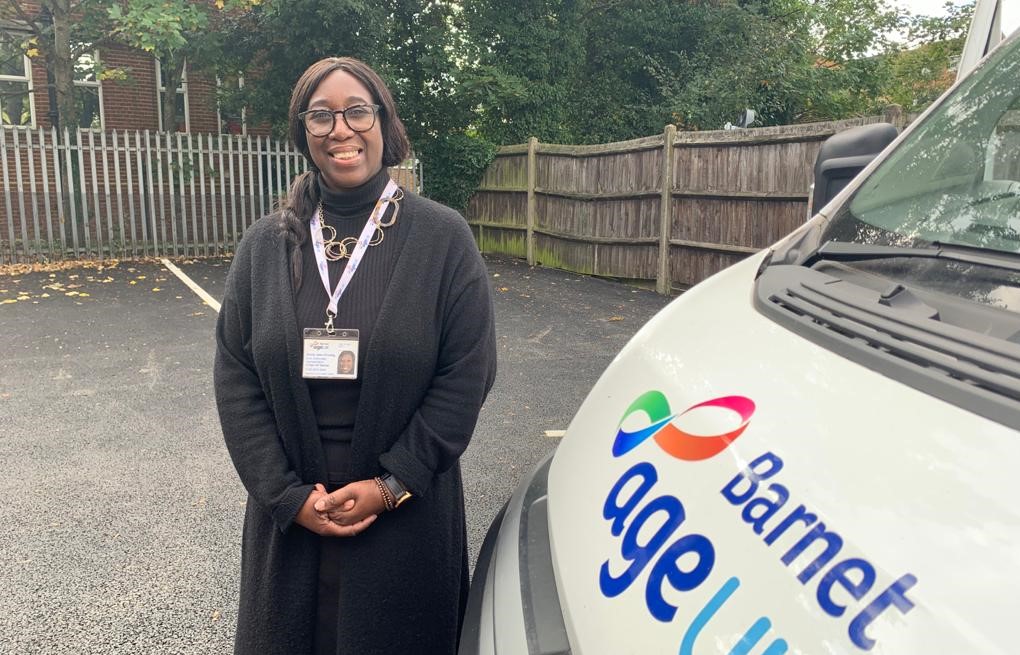 As part of Black History Month, Later Life Services manager Jenny Jean-Charles talks movingly about her experience at work before joining Age UK Barnet in 2014 and how she felt as one of the first black women to join our team.

“When we’re talking about diversity, it’s not a box to check. It is a reality that should be deeply felt and held and valued by all of us.” – Ava DuVernay

'I am British born of Caribbean heritage.  My parents were born in Montserrat, which is a small volcanic island which forms part of the eastern Caribbean islands, and came to the UK during the 1950s. Both worked hard to raise me and my two brothers.  My dad was a proud train driver for nearly 50 years and my mother had jobs in various factories and, by coincidence, worked with older people during her later years in a local care home.

'I have worked across all sectors starting out with the Royal College of Nursing, then I moved onto the private sector and was thrown into the deep end working for an IT Consultancy where the ethos was work hard and play hard.  I returned to the NHS for a few years before joining the voluntary sector.

'I make my journey prior to Age UK Barnet sound quite easy, but I can say there have been many disappointments due to the colour of my skin.  I was often left feeling let down, following an enthusiastic pre interview over the telephone and then a look of shock when arriving for an interview.  No words often needed - you just know you’re not the right look and will not fit into the organisation.   Having a very fancy name, always gets me through the door!

'When I joined Age UK Barnet in 2014, I started out in the Later Life Planning Team as a Welfare Benefits Adviser.  I did not know much about Barnet, and I did not know what to expect.

I noticed that the staff was not very diverse in terms of their ethnicity and therefore did not know what to expect entering as the first black woman as part of the office team. However, I felt welcomed into Age UK Barnet and their small staff and  I got my head down and set about proving my worth.

'The CEO was very interested in any ideas from me about developing the service and he encouraged me to apply for the Manager role when it became available.

'What became apparent to me, was that I was being judged on what I could do in terms of my skills, knowledge and experience.  This was a nice feeling.  However, I had doubts in myself, if I was up to the job.  I suppose this was brought about from many years of being made to feel that you are not good enough to work at a senior level.  I was also encouraged by other colleagues to apply for the post.

'I applied for the job and was offered the post as Manager.  This was one of the best days for me, after many years, often being judged by my colour and not my capability.   I was finally being allowed a seat at the top table!   Since that time, I have not looked back.  I work side by side with the current CEO - Helen Newman - and attend many senior meetings with her.  When delivering presentations together I have felt some anxiety and a sense that people are just looking at my colour until Helen simply introduces me as Jenny Jean-Charles – Later Life Planning Manager.

'Age UK Barnet have allowed me to develop in ways which I never deemed possible in my lifetime for me personally.  I now manage four services and form part of the senior operational team.

'This has allowed me to prove to my children that anything is achievable, and that sometimes it takes a bit longer than one would want.  I also hope that there are other people from all ethnic origins reading this, who will not give up hope that they may soon fulfil their aspirations.  The diversity amongst staff has improved at Age UK Barnet now!'