'My dad and dementia' 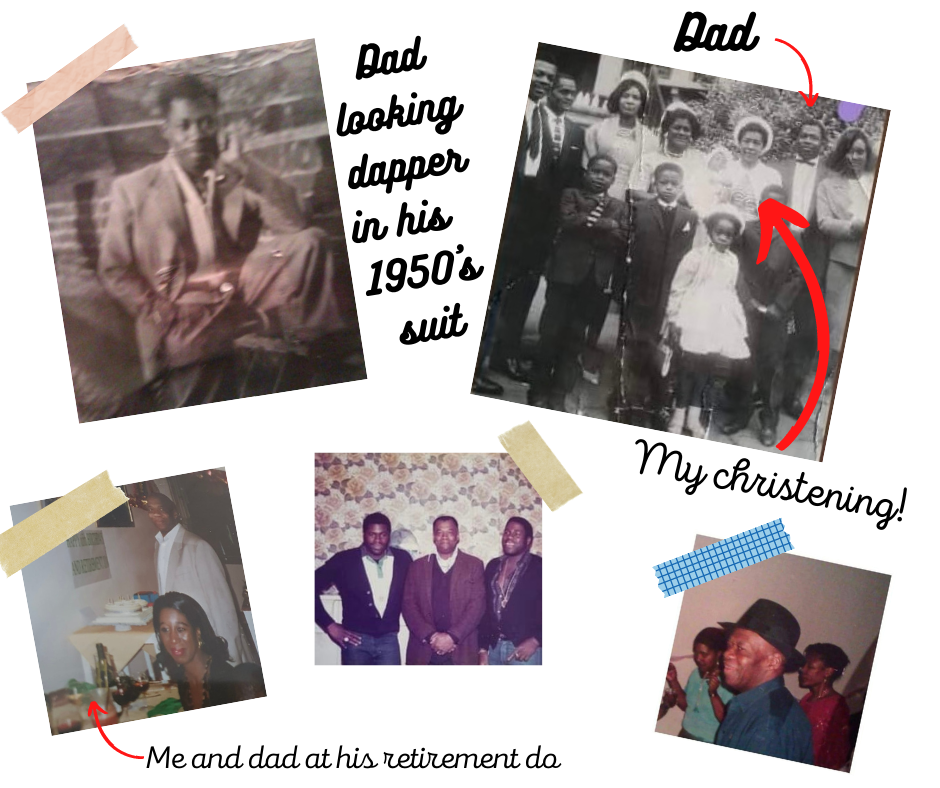 In her new regular blog, our services manager Jenny Jean-Charles writes movingly about her ever changing relationship with her father who is living with dementia. In her first column, Jenny spoke about where it all began and in her second column, Jenny shares the moment her worst fears are confirmed.

Following all the signs of memory loss that my dad displayed. I took the decision to book an appointment with his GP. From a professional perspective, I had a good understanding of what the appointment would entail, but this was now personal. This was my dad and what would a diagnosis of dementia or cognitive impairment mean for me and the rest of the family?

I waited anxiously for the appointment date and told dad that we were attending a health check. I was glad that the appointment was taking place in person. The day came and we had an nerve-wracking 20 minute slow walk to his GP Surgery. Dad is always compliant when it comes to health professionals, so at least I knew that he would answer any questions. Or so I thought.

The GP started by asking dad a few general questions and then went into the assessment. He asked dad to remember a full address including the post code and, each time the GP asked, dad could not recall any of the details. The GP also asked dad If there was anything significant happening in the news at the time. I thought this would be a good one, because I know that dad always watches the news and could often recall most things that he has listened to. Unfortunately dad was unable to recall anything significant.

The final test was the one that broke me. The GP drew a clock face and asked dad to write the numbers as you would see them on the clock face. Dad wrote all the numbers horizontally across the clock face as opposed to around the clock. He than sat back and looked satisfied that he had completed the test, and said that he had no further interest in answering any more questions.

The GP made a further referral to the memory service and said that it's likely that my dad has dementia. The walk home felt like it lasted forever, my eyes full of tears.

We had final assessment by the specialist who asked me and my dad various questions for nearly two hours. At the end, we were told that he did indeed now have a formal diagnosis.

I had little time to really take this in and suddenly I was being told 'You will need to make decisions on your father’s behalf about issues such as medication.' I felt numb, tearful, shocked and alone. But what of dad, even with my knowledge – still what would life now look like for my dad?

In her first column, Jenny spoke about where it all began..

I remember April 2021 like it was yesterday. After all those signs and hints that something was wrong, my worst fears were confirmed.

But for now, a bit about my daddy. Growing up, my daddy was my encyclopaedia, google maps and font of all knowledge rolled into one.   I was so proud as a child because my daddy was a train driver and I was ever so proud to tell anyone who asked me, what he did as a job.  He worked tirelessly for nearly 50 years, starting off on the steam engines, helping the driver to keep the train moving by shovelling the coal.

He took great pride in telling me that he came top of the class when he was training to be a railway driver.  And I’ll never forget the times I sat up front with my daddy during some of his driving shifts.

My daddy came to the UK in the 1950s from a small island in the West Indies and, whilst it was not always easy being a migrant, he did the very best for us as a family.  My dad was and is a very private man and always spoke with a posh English accent, whereas my mother always held onto her strong but delightful West Indian accent. It used to make for some comical moments when they had a few words.

If I now fast forward to more recent years, we lost our mum six years ago and this saw the decline in daddy’s zest for life.  We knew that he would need encouragement to socialise or do any activities.  But he said that he preferred to stay at home for now and we gave him that space to grieve after losing his partner and wife of over 60 years.

Then I noticed a few warning signs. Dad stopped wanting the daily newspaper after being an avid reader and sometimes his conversations seemed somewhat irrational - one day, for instance, saying that we would put him into a home, the first chance we got.  Other small things started to happen. He always managed his medication and diabetes very well but there was one Saturday night when he seemed in a panic and told me that he had run out of insulin.  I spent hours speaking with lots of different people to have insulin issued late on a Saturday night.  Daddy was very convincing, saying that it was everyone else’s fault and I believed him. Why wouldn’t I?

When his usual pharmacy opened on Monday, they said that he had been in the previous Friday and he raised an issue over something completely different and unrelated to his insulin.  They could not understand how this had happened because he was not due for issue for another week or so.  This was not like him to be so out of sync.  But I pushed this incident to back of my mind…even though this happened another time as well.

All these incidents happened during 2019…. Some two years before Dad’s diagnosis!

If you have been affected by any of these issues and would like some support with a recent dementia diagnosis, please contact our dementia advisers on 020 8203 5040.