Age UK has had the good fortune to be able to call on some very special celebrities to act as our ambassadors to promote the important work we carry out to help older people.

These leading lights of stage, screen, music and television have already given a huge boost to our profile‚ and for all their sterling efforts‚ we are eternally grateful.

For further information on the work celebrities do for us‚ please contact the Celebrity Team. 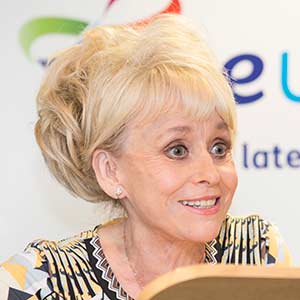 Stage for Age was founded in 1989 by a group of show business personalities to support the work of Help the Aged – and now supports Age UK. It was the brainchild of the late television magnate Sir Ian Trethowan. Robert Powell was its first Chairman.

By attending events and photocalls, making personal appearances and giving press and television interviews, the Stage for Age committee members promote a greater understanding of Age UK’s vision of a world where people in later life flourish.

As well as helping to raise the profile of the charity, Stage for Age has held its own successful fundraising initiatives over the years, including quiz nights, City luncheons, golf days, race days, dinners and wine tasting evenings.

One of the highlights of the year is the annual carol concert held in London. Love Christmas is a non-religious evening celebrating the festive season with readings and performances from celebrities.

For further information on the work celebrities do for us‚ please contact the Celebrity Team.